Pelsall Common in the frost

I ventured out to one of my favourite local destinations yesterday, as part of my filming for the next series of Canal Hunter, a trip which took me to Pelsall Common.

The morning was barely above freezing and for once the normally soft grass of the common was frozen solid, which allowed me to cycle from the Finger Post to Pelsall Works Bridge at the far end where my story was to begin.

The sun was just rising and I just couldn't resist digging my DSLR from the bottom of my camera bag and grabbing a few atmospheric shots: 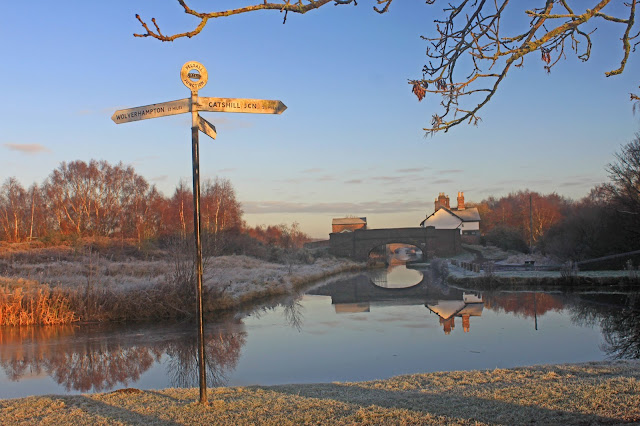 The start of a 5.5 mile canal built in 1860 to access the new Cannock Coalfield. Today just the first mile and a half remain as far as the A5. 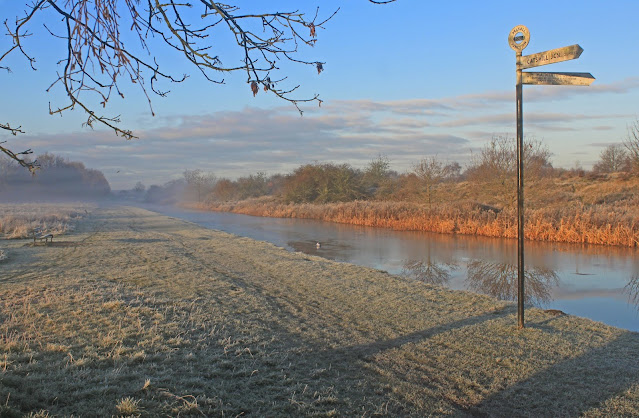 The three huge ironworks stood on the common ground on the left, but all traces were gone by 1900. 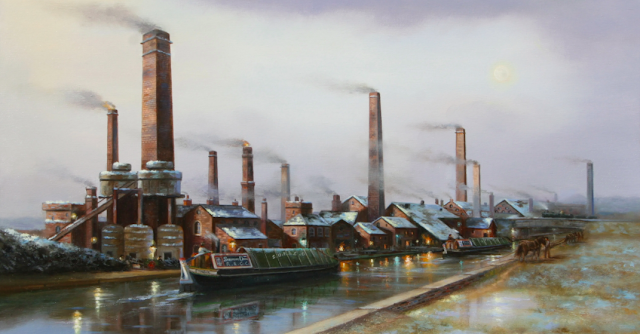 The same site on Pelsall Common in the 1860's 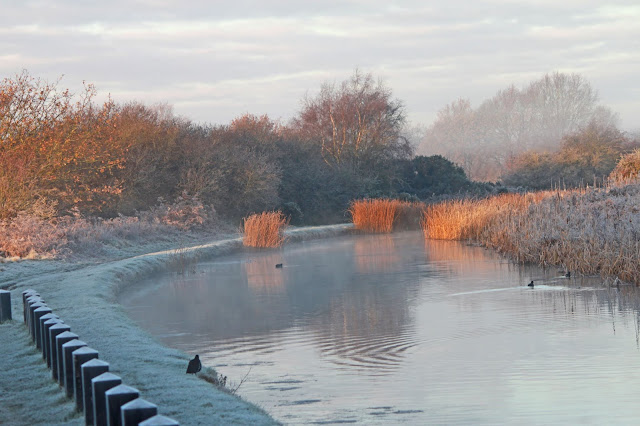 Pelsall Common Colliery was on the right with its basin, followed by the mine pumping engine. 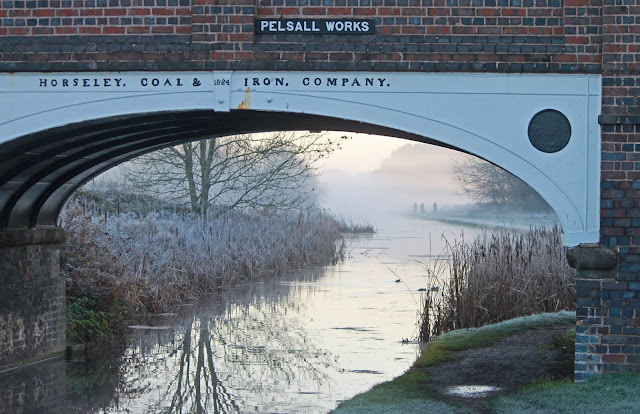 Midland Spelter Works were on the left and Pelsall Wood Colliery with  its basin and mineral railway bridge on the right.