The Delph Locks, or Black Delph to give them their correct name formed a core element in the construction of the Dudley Canal which was, in effect, the continuation of the Stourbridge Canal to serve the area around Blowers Green and Parkhead.

The flight of eight locks you see today is a second version with the originals looping round to the south. The top and bottom lock chambers were retained the the intervening six new locks arranged in a straight line down the hill.

This rebuild always causes some confusion because the old flight comprised nine locks, and indeed the bridge at the top is still called nine locks bridge.

Strictly speaking these posts are all about recording the lost canals, but the serried ranks of chambers with their adjacent weirs are suck an evocative landmark I cant help but include some old photos of the scene.

If you have a look in the undergrowth you can still find some remains of the original flight of locks, the chambers tipping this way and that as they have settled into the mine workings beneath. Its worth pointing out that the settlement didn't stop with the destruction of the old flight. Even its replacement has been plagued by subsidence as evidenced by the number of steps visible at the foot of the locks. There is a full compliment as the bottom and after losing more and more on the way up, they all but vanish at the top. One has to assume that the walls of the top chambers go down at least another 10 feet below the lock base. 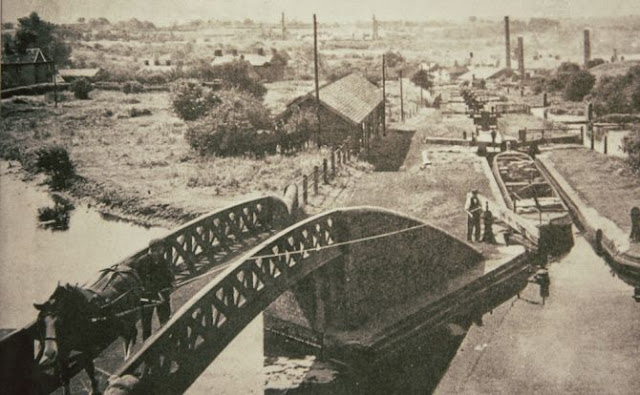 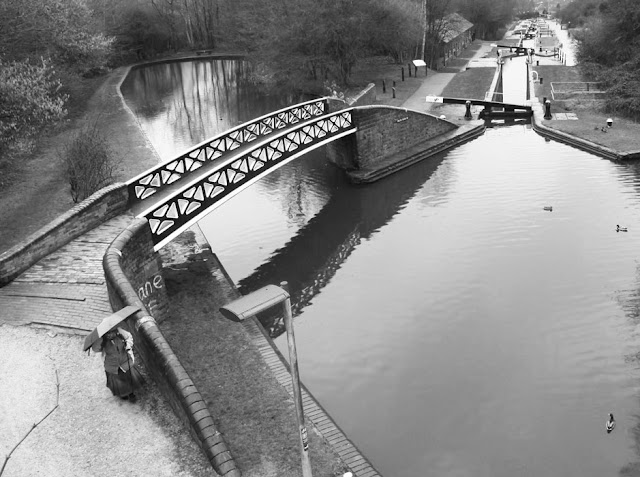 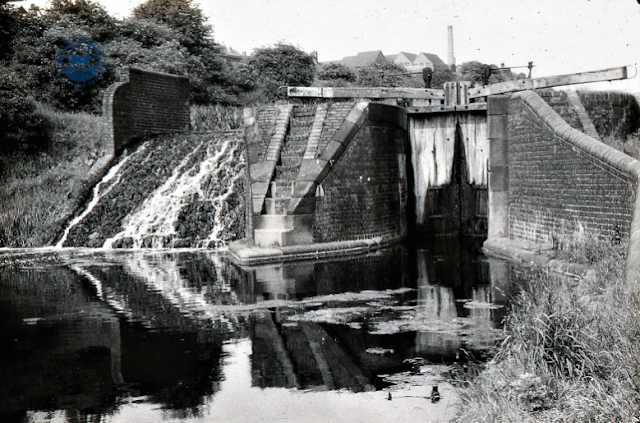 The bottom "new lock" with steps The top "new lock" without steps 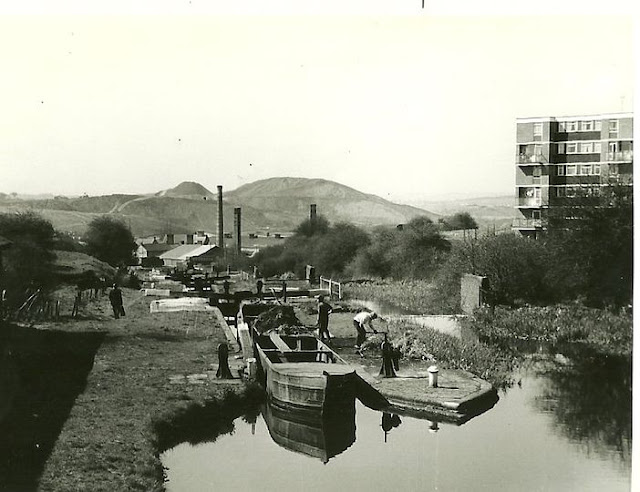 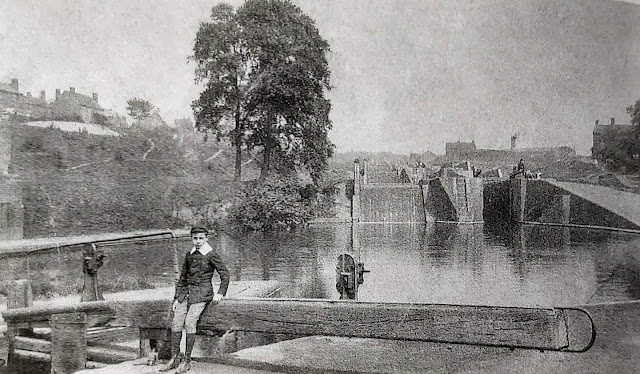 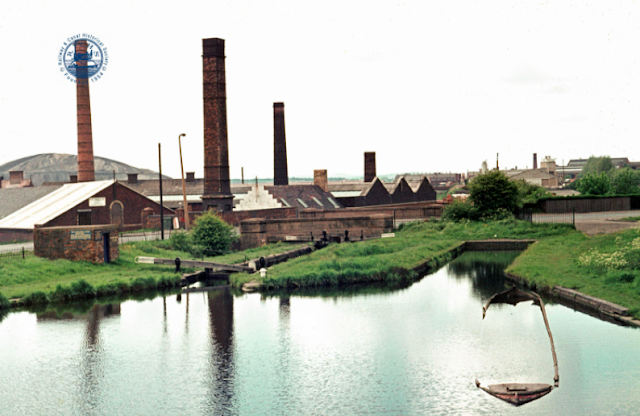 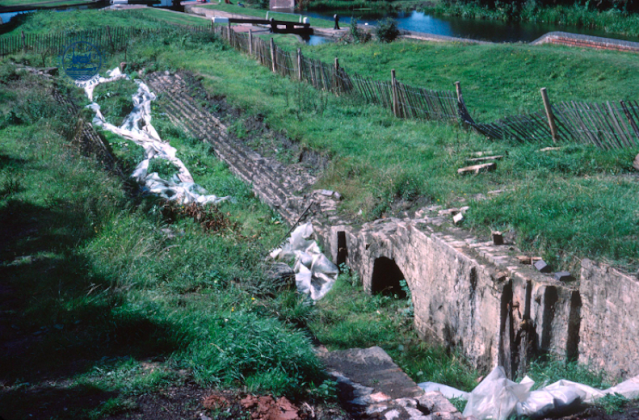 The old locks uncovered in 1983 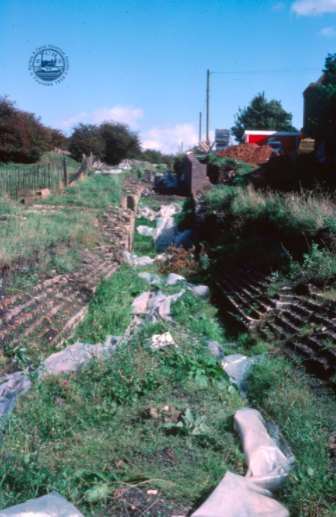 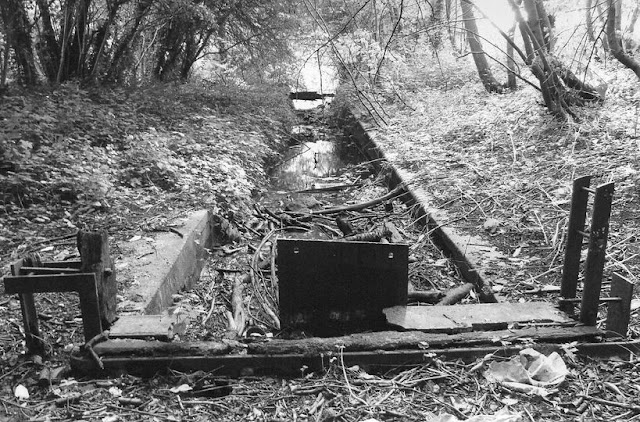 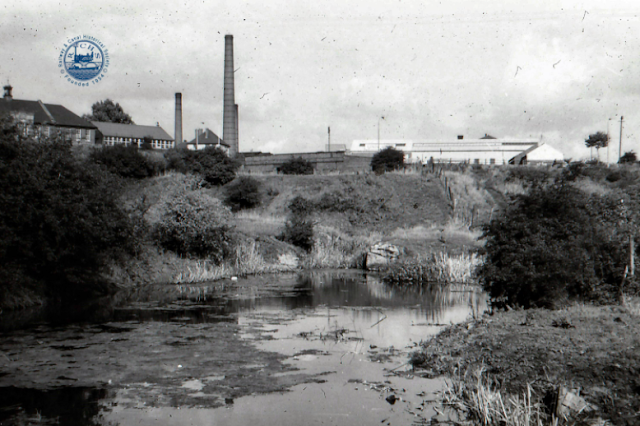 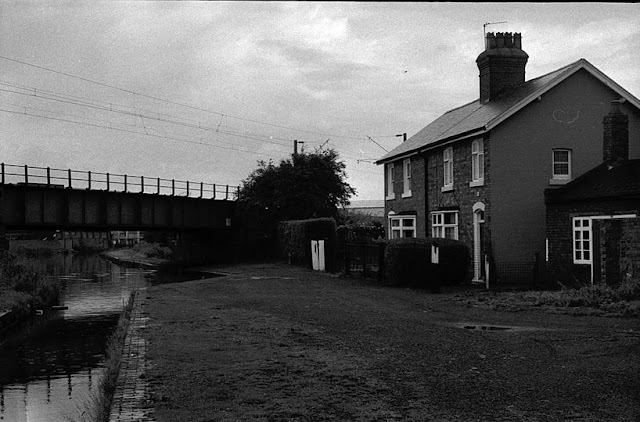 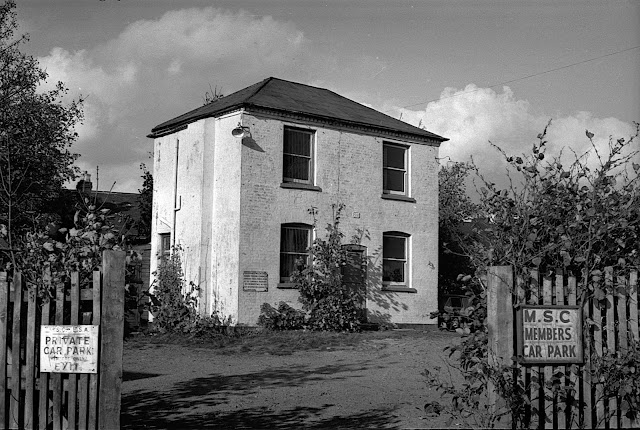 No 28 at Rotton Park 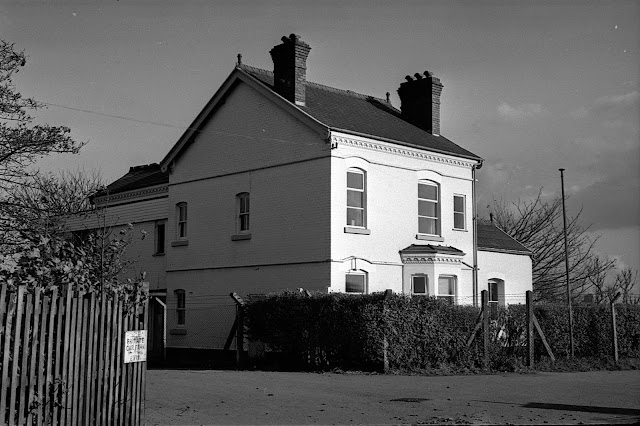