Tuesday 29th July 2008
Bradley Green to Rugby - Day 4
Coventry and North Oxford Canals
25 Miles
12 Locks
10 Hours
The weather broke overnight with a torrential downpour drumming on the roof and precipitating a dash to the hatch we had left open to cool the boat. 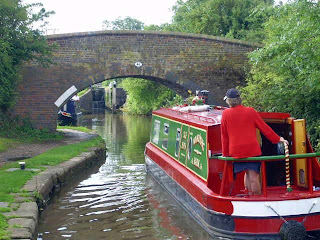 The new day dawned overcast and cooler which was really good news with the 11 lock Atherstone flight facing us first thing. There was lots of traffic through the locks and we made the ascent in 2.5 hours - the same time we take for the Wolverhampton 21 with twice as many locks! This slowness is testimony to the flights runty ground paddles. 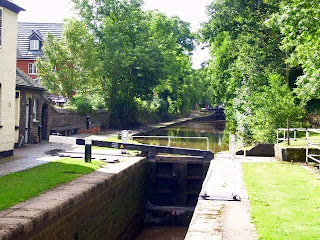 Beyond Atherstone there is an abundance of quarries and associated wharves, all overgrown and blended into the landscape. The picturesque BW workshops at Hartshill were passed with the infamous Granny Buttons moored up alongside (famed throughout canal Blogdom). 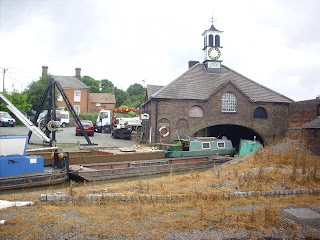 The Coventry continues to follow the river Anker, clinging to the valley side into Nuneaton which stretches on and on. Nuneatonians seem to have a fascination with allotments which continue for a couple of miles, all complete with ramshackle sheds built out of whatever scrap was to hand. The allotments are fighting a running battle with weeds and brambles. Sometimes an area is wrested back from the torrent of weeds but mostly the allotments are in retreat, forced back by a horticultural Monserrat which overwhelms everything in its path. A sea of green lava creeping on and on. 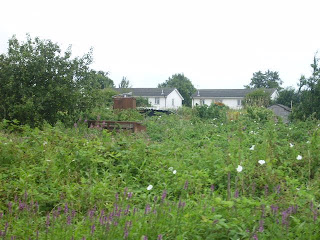 Finally the allotments give way to countryside around Bedworth and the unassuming Marston Junction, entrance to the rural Ashby Canal. Next was the enchanting Hawkesbury Junction with is collection of tourists sipping a pint at the canalside pub. Belle, knowing the Captains enthusiasm for ale, popped in with a plastic pint glass and emerged with a cool glass of Pedigree - excellent. 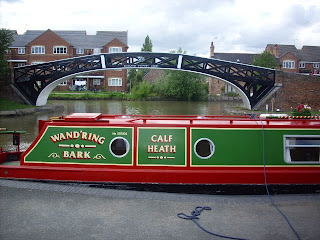 From here we move onto the North Oxford and its flirtatious relationship with the areas brash new (relatively) motorways. First it dashes south to kiss the M6 at Tusses bridge but then like a bashful bride pulls back, only to sidle up again at Sow Common. Clearly the M6 isn't the road for this canal as it then pulls away and encounters the M62 on the rebound. 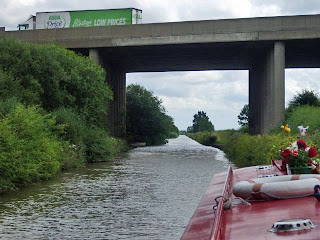 There is no hesitation this time, the canal throws itself at the M62 and, having tasted the forbidden fruits of Motorway dalliance plunges pack to the M6, bursting through to reach the fleshpots of Ansty. 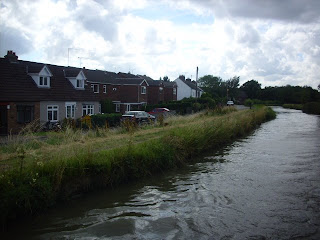 With the motorways behind us next up is Sutton Stop, the boating centre that time forgot, and home of Rose Narrowboats. This antiquated looking site offers the full range of services: repairs, chandlery, diesel, water, boat hire plus moorings on the old abandoned loop which passes under the railway line. This stretch was altered massively in the 1830's improvements, turning Brindleys winding route into something akin to the Shropshire Union and reducing the distance to Rugby by many miles. 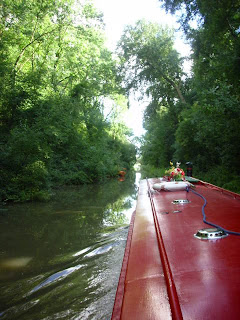 The old canal beds were left in water to service local communities but most have been lost over the years, but still identifiable by the massive BCN type cast iron roving bridges which cross the entrances. 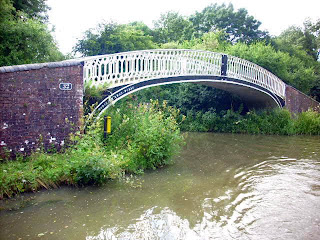 There is one short tunnel at Newbold and then a hop skip and a jump through cuttings and over aqueducts to Rugby and more provisions at Tescos. But food isn't all Tescos offer the canal, it also offers a ready supply of shopping trolleys which the locals use to carefully construct a trolley reef under the bridge! 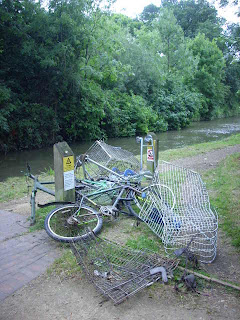 The day concluded with a burger at the Harvester and then more V of D.
Posted by Andy Tidy at 2:08 pm