My exploration of the lost canals of Birmingham started with with the help of a series of small maps included within Ray Shill's 'The Birmingham Canal Navigations'. These were ok, but trying to make sense of a small 1790 sketch map covering huge swaithes of the Black Country was a bit difficult.

Then I discovered Eric Richardson's booklet 'In Search of the Lost Canals of the Black Country' which included some good hand drawn sketch maps of what he thought used to be present, but they still failed to provide the sort of detail and integrity I was looking for. 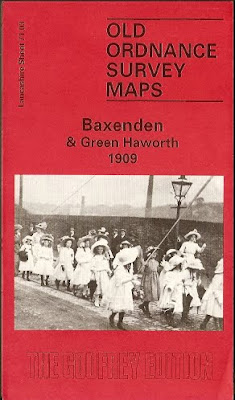 A typical 15" to the mile Godfrey Edition map

I finally found my answer in the shape of The Godfrey Edition Old Ordnance Survey Maps.

I ordered initially ordered the map covering the Ridgeacre area, which was then the current focus of my research and, wow, what a find. Each map covers an area of about 1.5 square miles or 15 inches to the mile and the detail provided is unsurpassed. What is more, the maps are drawn from 1:2500 originals published between 1885 to 1915, which is the perfect era for canals in their heyday. 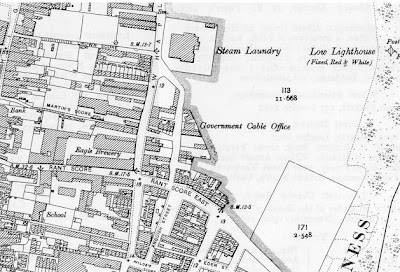 These old maps highlight every mineshaft, colliery, foundry, tramway and most importantly of all, every canal side arm no matter how small. If you want to get an idea of the area supported by a particular waterway, you can't find a better place to start.

I was so taken by these maps that I had a look into their origins:

The maps are named after their publisher, Alan Godfrey, who has quietly gone about his map business since the 1970's, having previously tried his hand as an actor and playwright. He started by selling second hand OS maps but then developed a niche for reproducing sheets in a slightly altered format, complete with historical notes to add colour to the black and white images. 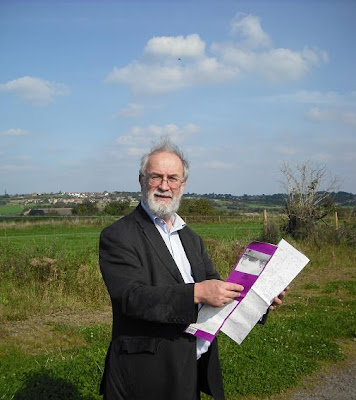 Alan Godfrey MBE (and one of his maps!)

So far Alan and his staff of three in Consett have published about 2,300 maps of urban areas, introducing eight to ten new items per month. No mean feat for such a small team. You would think that sourcing quality original maps is the problem but that isn't the case. The problem is finding local historians to write the commentary and curiously, a shortage of suitable cover photos.

This has the feel of a labour of love, a sentiment echoed by Karen Swift who is the local distributor for the Midlands (www.freewebs.com/karenswift13). She has a passion for these maps and explained that she can 'get lost in them  for hours'. I can see what she means.

So is Alan Godfrey and unsung hero? Well yes and no.

His website is quite self effacing with little about the man but a lot about his maps. However, it seems that his commitment to the cause hasn't gone completely unrecognised. He was awarded an MBE for his Services to Heritage in this years New Year Honours List, and well deserved it is too.

Alan, you have created something great here and your library of maps deserves a wider audience.

Canal hunters and local historians take note. This is a veritable goldmine of information on every sheet, all for the modest sum of £2.25 (plus postage).

Remarkable value! Will get me some. What were you investigating in Lowestoft? :)

Martin
You jest, but I am sure that there is some history behind the cut linking Oulton Broad with the North Sea - isnt there a little pound between two locks?
I do have an interest on the Broads as I spent a lot of time crewing in the Yare and Bure class on Oulton Broad back in the 1970's.
And then there is / was the little network of waterways in Kensington Park - little tub boats powered from chicken wire above, a bit like dodgems.
There are watery tales everywhere. So much of interest and so little time.
Capt Ahab