Longdon upon Tern Aqueduct
Shrewsbury Canal
3 July 2010
This was one canal relic I had really been looking forward to seeing. I have read about it and seen photos of it, I have even been told of it by Jim of nb Starcross and written up a report of it in my UK Aqueducts blog, but I had never actually seen it.
There is loads of history to this structure, which Telford inherited and cut his teeth on, but I dont plan to repeat myself. If you want the history click here.

Longdon upon Tern Aqueduct
This aqueduct is a listed structure, sitting well back from the road in the midst of fields, stretching over the River Tern carrying nothing but the imaginations of canal buffs. The farmer has granted permissive access so you can take a closer look providing you respect the land and close the gates.
The aqueuct is that curious mix of brick and iron, due to its unusual conception. Whilst it does have a passing resemblance to a wartime bailey bridge, it has a certain grace about it, possibly even beauty.
I think I will let the photo's do the talking for this post. 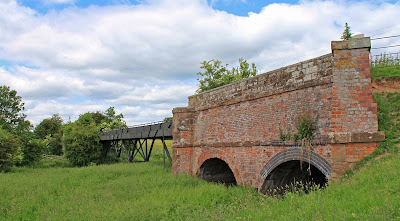 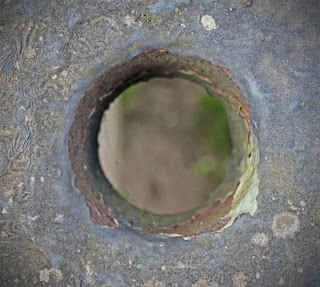 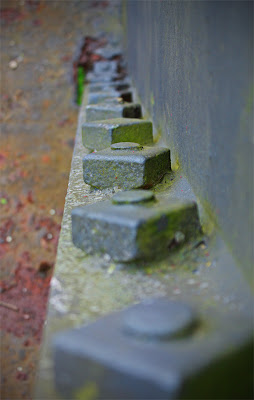 Jaws into the aqueduct 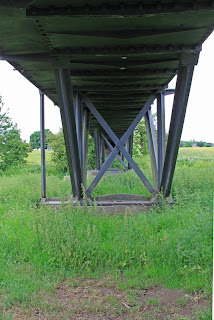 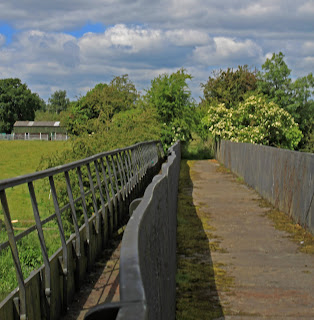 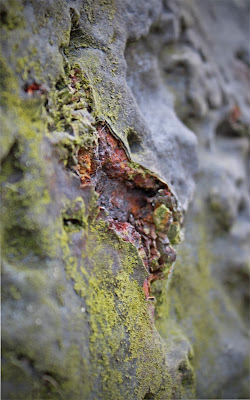 Corrosion - nearly perforating the iron
Posted by Andy Tidy at 6:00 am