We are moving back to to modern canals, a section which was still being used commercially till 1921, not that you would think so from the first quarter of a mile from Trench Inclined Plane to Teague's Bridge on the Wombridge Road. This section is completely and utterly lost beneath a new housing estate. 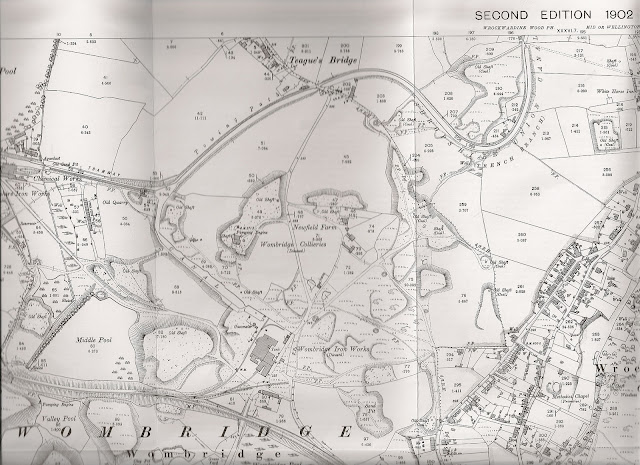 Middle section of the Wombridge Canal 1902

Here is a modern map of the same canal: 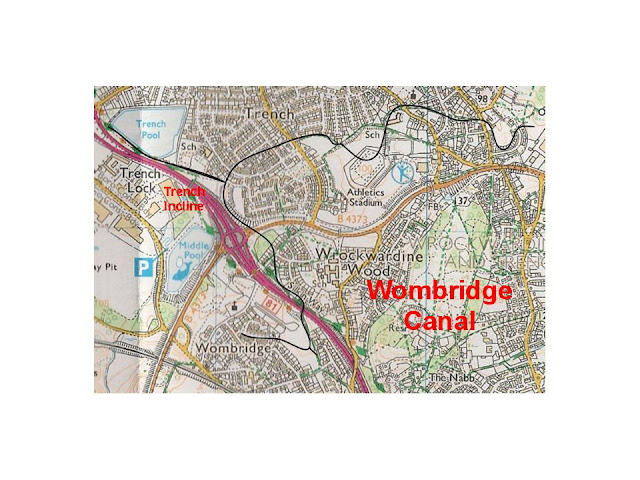 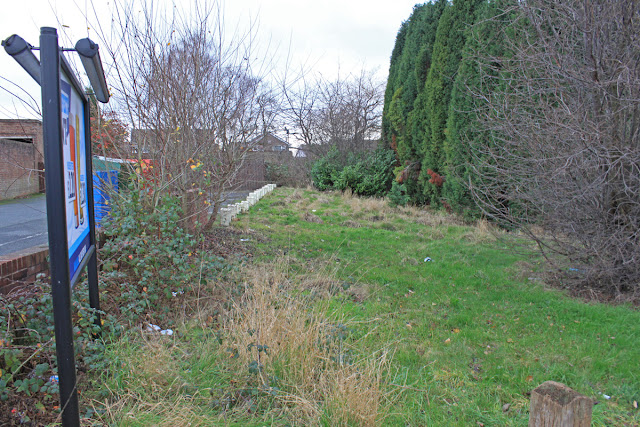 Beside The Bridge - Teagues Bridge 2012 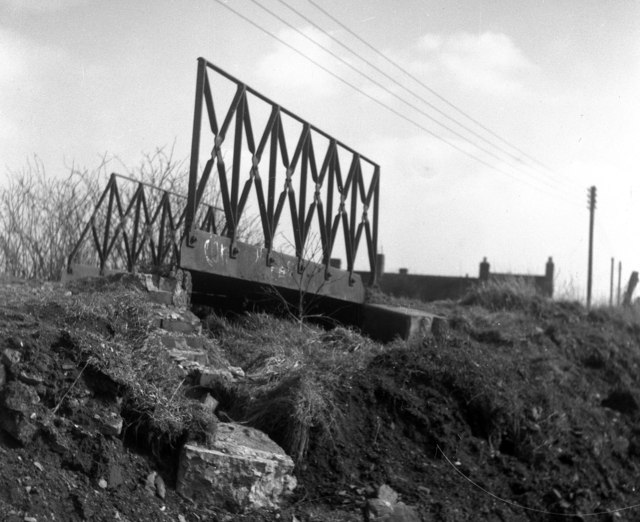 The line can be picked up at The Bridge pub, with the canal passing into a strip of waste ground to the north of the car park. On the eastern side of Wombridge Road a footpath follows the old towpath to the east, skirting the boundary of playing fields. The line is distinct if you are looking for it but invisible if not. 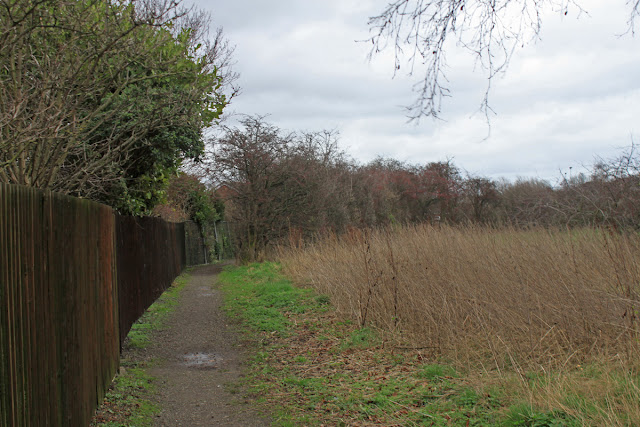 Opposite the Bridge Inn 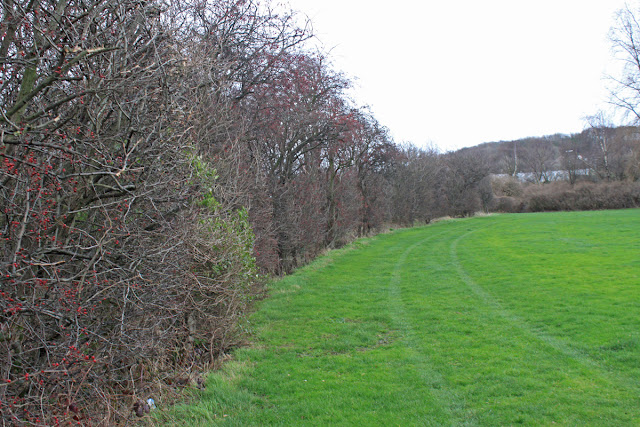 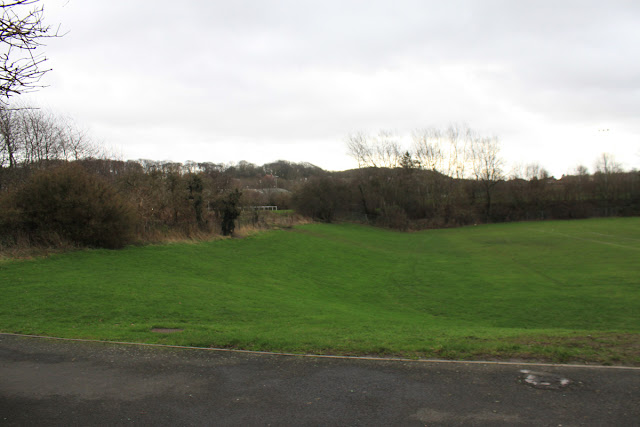 ...and into the playing fields (canal on high ground to left) 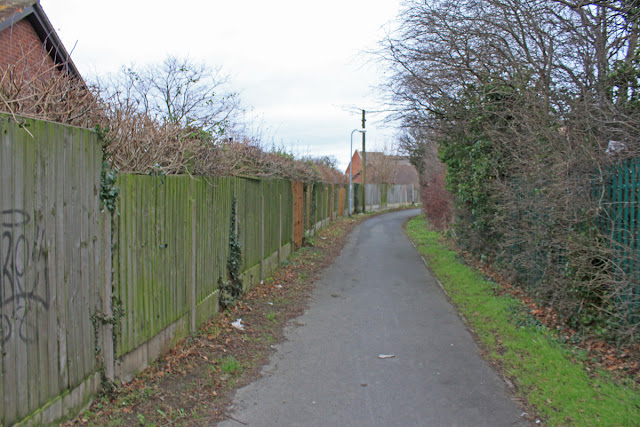 The route then moves out across the site of Wrockwardine Wood Athletics Stadium, but the land has been so altered there is little evidence of its passing till it squeezes into a gap beside Wrockwardine Wood School and the old Donnington Wood flour mill on Church Road, with a modern footpath following the line of the old towpath. 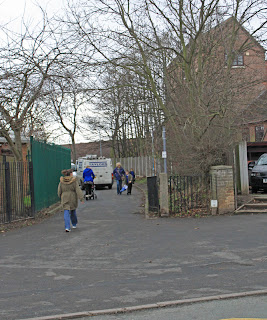 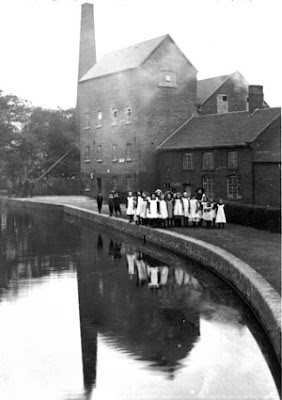 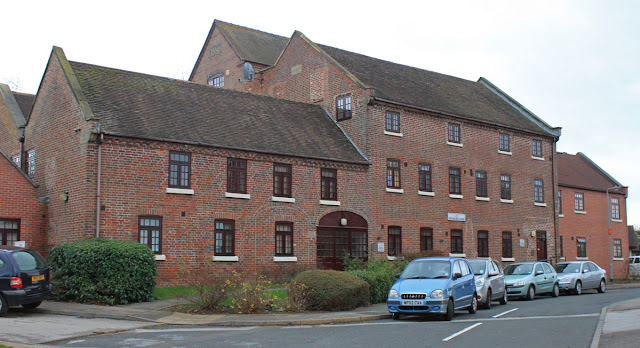 When we researched this route we didn't expect any visible remains and it came as a pleasant surprise to find much of the route so clearly visible - even if there were no tangible remains.


Click here to return to series index.
Posted by Andy Tidy at 6:00 am

I like the design of Teague's Bridge - are there any similar surviving anywhere...?

Stuart
I havnt found anything like it yet - but there are several miles to explore yet. (there are loads of bridges on the line of the Donnington Wood Canal but all are brick as will be revealed in future posts)

I love this post. My house (that I have lived in since I was born) backs onto the old tow path near the "Parrots Beak" playground. I remember that the old canal basin used to be present between the two tow paths but sadly, the council levelled it some years ago. I spent all my childhood playing in that old canal.

Matt
I am glad I got it about right. Feel free to add any other personal memories of the canal - it really brings it to life.
Andy