Regular blog readers may have noticed a very active non waterway blog in my blogroll, in the shape of Brownhills Bob. 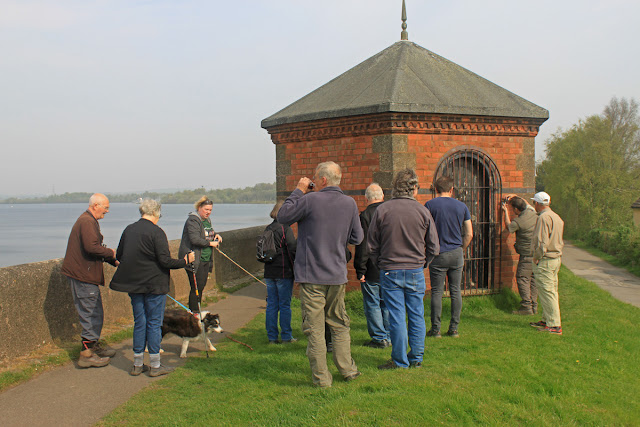 This is a hyper active local community site run for the people on Brownhills and surrounding area covering a whole gamut of stuff which periodically includes historical material about the area's canals. 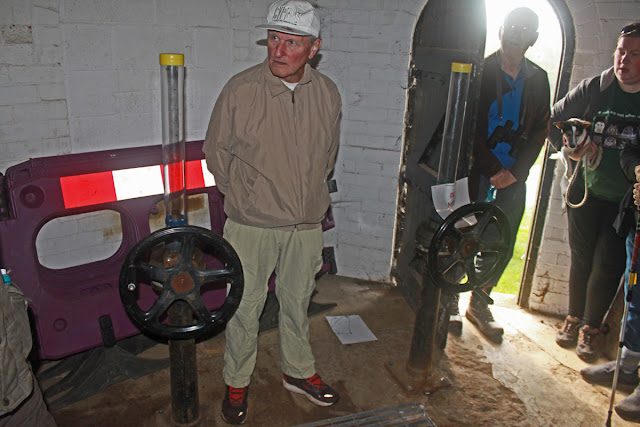 Inside the valve house

My eye was caught by a repost of an advert for a guided walk in the Chasewater Dam area called "Where the water goes". Now Chasewater was built in 1797 by the Wyrley and Essington Canal Co to serve as a supply feeder and after enlargements it is now the countries largest canal reservoir. It includes a huge earth dam and from the outset it has been plagued by leaks, a problem which continues to the present. 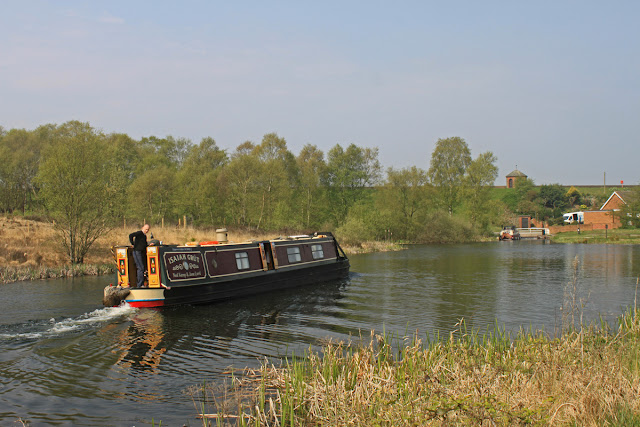 Boating beneath the dam

Within two years if its completion it failed and the resulting tidal wave washed down the Crane Valley and submerged Shenstone. The dam was rebuilt but the main ramparts are made of mine waste and it remains precarious and sits close to the top of the dam inspectors worry list. 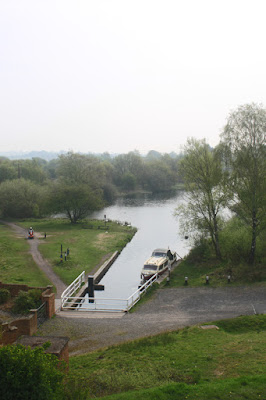 The end of the feeder arm canal

These days the site and the land are owned by the council, but unusually the water is owned by CRT. CRT are therefore able, if so desired, to extract all the water to supply the BCN leaving all the water sports based on Chasewater high and dry.

This walking tour was led by one of the park rangers and when I arrived I learned that only two people were booked in - but 11 showed up!

The tour started by a look inside the valve room on the top of the dam. This small room contains two hand operated valves which are the primary control for releasing water into the canal. At present just one works, the other is awaiting repair doe to distortion on the rod which drops down through 11 metres of water. 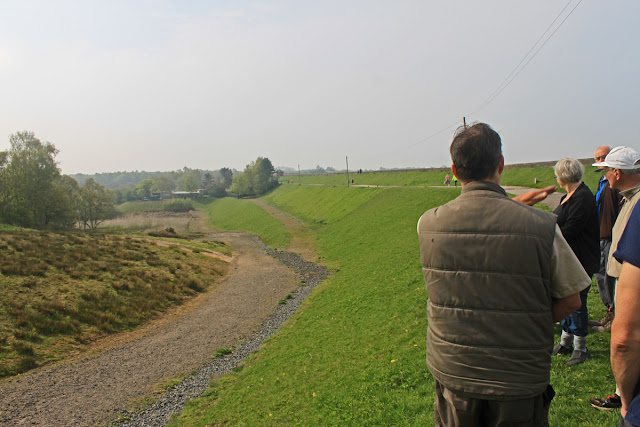 We then moved on to look at the area which consumed much of the repair budget when the lake was drained. This northern end is particularly leakey and the porous nature of the dam the aim was to install drains to take the leaks away from the foot of the dam rather than stop them altogether. This work included the construction of berms or terraces with drains to strengthen the base of the dam and reduce the risk of the saturated mass sliding away. The outlet pipes are constantly running with water, suggesting the work was a success - but visible leaks serve as a reminder not to become too complacent. 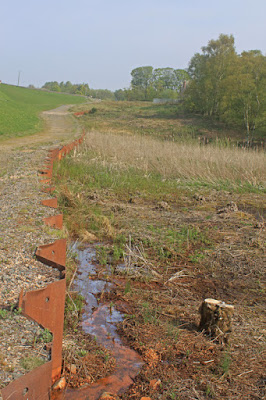 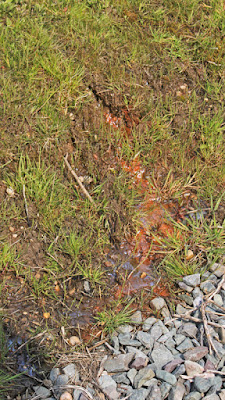 The leaks at the foot of the dam

We walked around the old mining area and over to the canal where the coal from the drift mines was loaded into boats, the last being shipped in 1961. 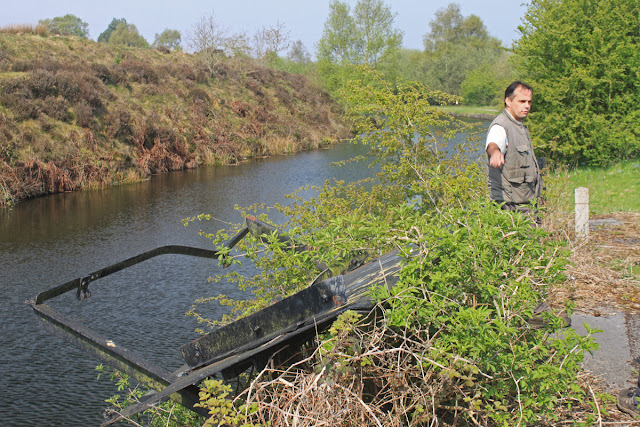 The old coal chutes and spillway 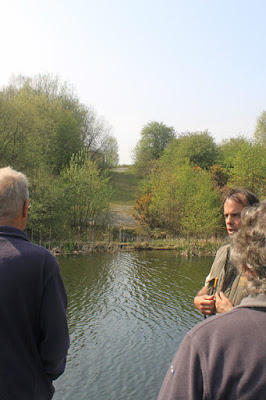 We also had a look at the old overflow spillway ramp which was never used before returning to the dam and inspecting the large control wheel in the base of the dam which is weak and is now left open with the pressure being taken by the upper valves. Then it was back to the southern end of the dam to have a look at the modern emergency valve which can be raised by the rangers at will and discharge surplus water into the Crane Brook. 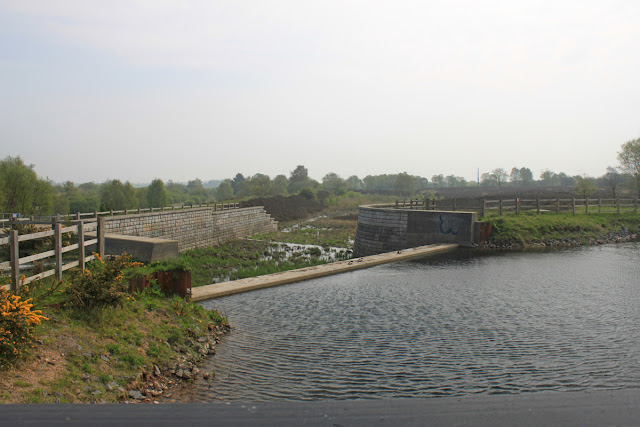 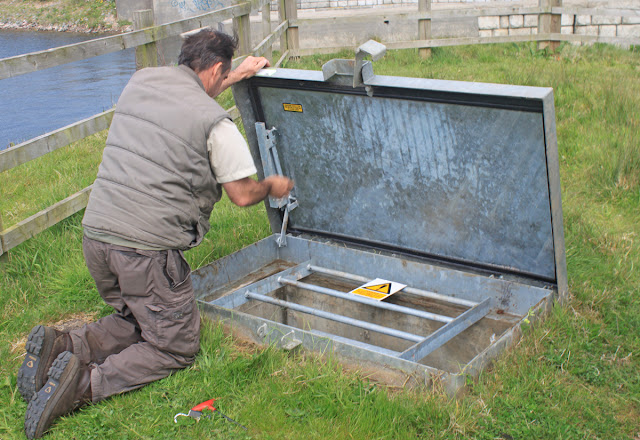 All in all it was a fascinating tour letting us see some of the hydraulics of the site which are usually kept behind lock and key.

Email ThisBlogThis!Share to TwitterShare to FacebookShare to Pinterest
Labels: Wyrley and Essington