Progress on the Lichfield Canal

Progress on the Lichfield Canal
June 2016

Having been a member of the Lichfield and Hatherton Canals Restoration Trust for many years its horrifying that I have never actually visited the main base of operations on Tamworth Road where they have been working tirelessly to reinstate the Ogley Sixth Flight including locks 24 - 26 and prepare the ground for the staircase pair in Darnford Park replacing locks 27, 28 and 29 within a new diversion. 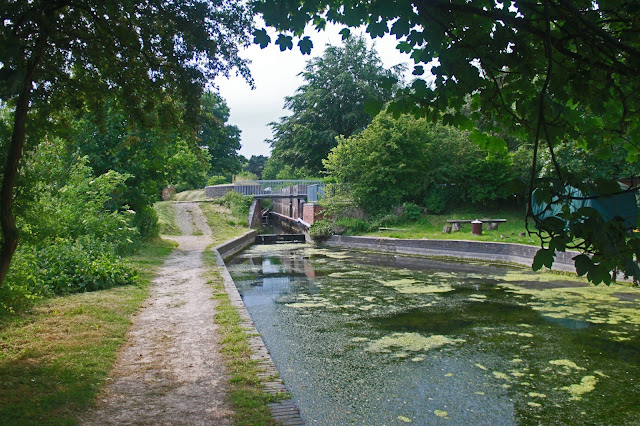 I guess I spend too much time exploring lost canals and the active restorations fall somewhere outside my remit. I have explored the route down from Ogley Junction all the way to Lichfield, but I have never ventured east of Birmingham Road. Of course, I have followed progress with great interest via the internet based monthly update and the quarterly Cut Both Ways magazine - but none of this is good as planting ones size 11's on the ground. 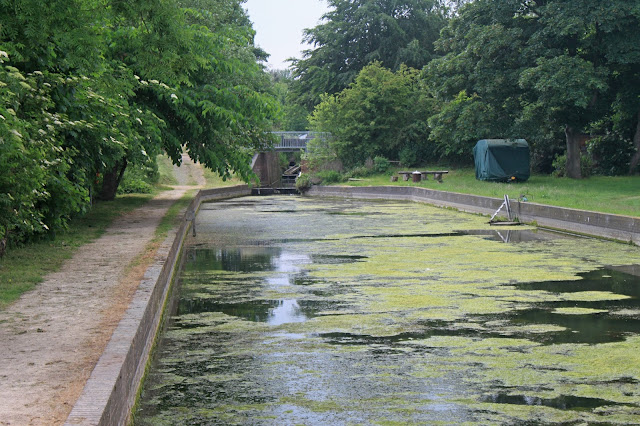 Well, today I was passing and I actually needed a photo of the canal so I stopped and spent 15 mins having a look, and very impressed I was too. The chambers of locks 24, 25 and 26 are all restored. The pound between locks 25 and 26 is full of water (and weed) and the long pound below lock 26 is nearly waterproofed in concrete now the "Big Pipe" has finally been removed. This opens the way to some serious slabbing as far as the narrows beyond the new winding hole and then the last of the Big Pipe can be removed, the pound filled and the residue flowing out via an overflow pending the creation of a navigable route under the A51. 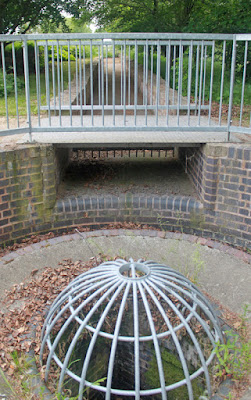 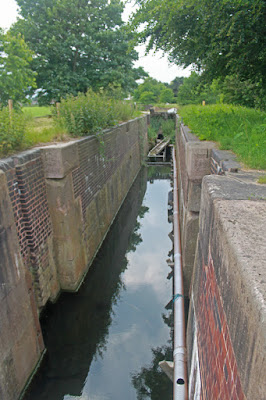 I guess attention will then revert to the pound between locks 24 and 25 which appears complete save the removal of another section of the Big Pipe. 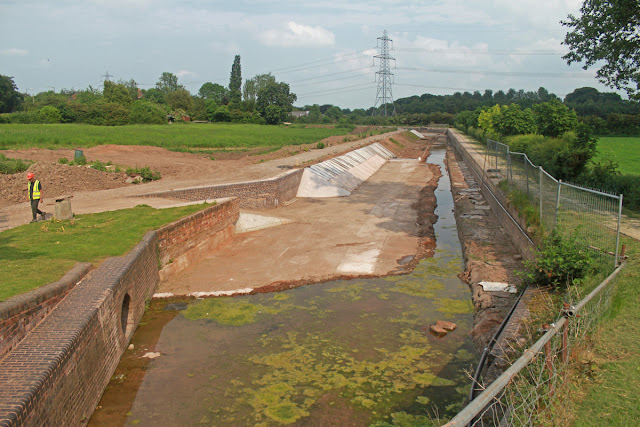 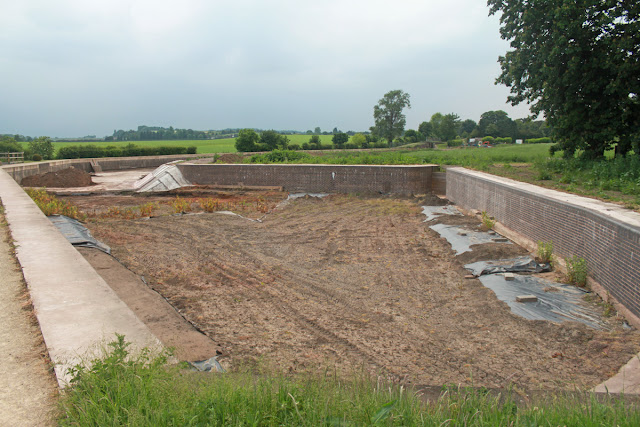 Not content with simple reinstatement, the volunteers have added decorative bridges and by washes, which will ensure the end result has character and retains the feel of a BCN canal. Of course, there is lots of activity elsewhere in the line, particularly overcoming the significant obstacles in its course, but it is so encouraging to see a credible length of canal being brought back into service. 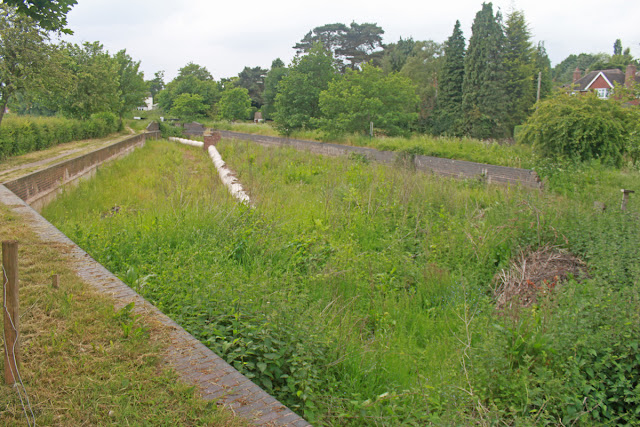 Pound between Locks 24 and 25 waiting for the removal of the Big Pipe
Posted by Andy Tidy at 6:00 am

Email ThisBlogThis!Share to TwitterShare to FacebookShare to Pinterest
Labels: Lichfield and Hatherton Canal

For an ignoramus, Cap'n, what exactly is the "Big Pipe"?

Martin - The Big Pipe can be seen in the final photo occupying the centre of the canal. When the canal was abandoned and filled in 50 years ago they laid a big concrete pipe as a storm drain. The Environment agency have had to approve its removal and obtaining permission has been an agonising process. Till it is gone they cant concrete the base of the pound and therefore cant refill it.