Two weeks without a post, how very remiss of me!

We have been a bit busy one way or another and there just hasn't been time in the evenings to bring the blog up to date. 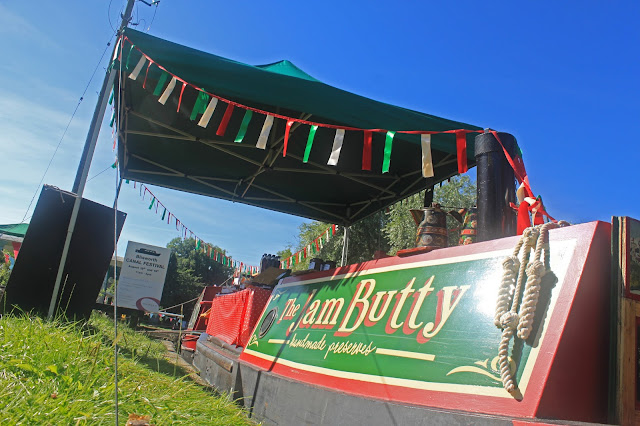 Lets start with the 2017 Blisworth Festival which was played out under under clear blue skies. A larger proportion of the Roving Trader population seemed to have rocked up, filling every available inch of towpath between the main bridge at Blisworth Wharf and Candle Bridge to the north. The event has had some turbulance among the organisers this year and as a result the admin was a bit less slick than usual. Notwithstanding the odd gremlin here and there the crowds flocked in and filled the ever expanding display area. However, from a trade perspective for us the Saturday was good and the Sunday was poor - but others reported the other way round which is confusing! The one dynamic which seems to have changed is that the centre of action seems to have shifted from the towpath to the Festival Field and its quite possible for visitors to miss the boats altogether. 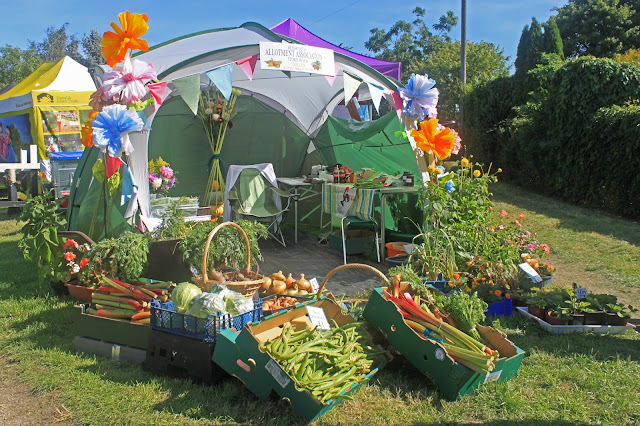 That said the three festivals we attended on the GU all delivered results which were within a tolerance of just 10% so we are not grumbling and will certainly be back next year if we are accepted. 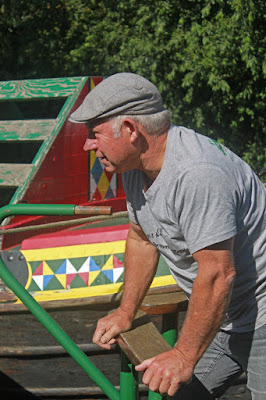 After Blisworth we met our friends Deb and Mark and we spent three days together as we worked our way through Braunston and on to Calcutt. 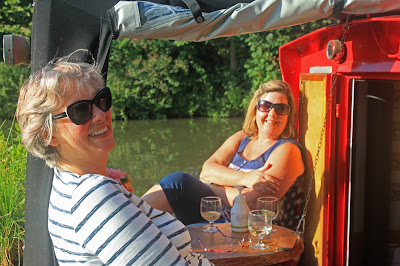 Boat traffic on the GU north of Wigrams Turn was busy, as you would expect during the August holiday period. This meant we made good progress through the locks and found ourselves at the Saltesford Arm in Warwick a day ahead of plan. This was in spite of horribly low pounds below Stockton Brook and howling cross winds as we crossed Leamington Spa.

The weekend marked our grand daughter's second birthday so we offered to host a party at home. This meant leaving the boats for four days and using public transport to get us back. I have to admit that its rather nice to have reached a stage where central Birmingham can be reached by a 20 minute train journey costing about £6.50. 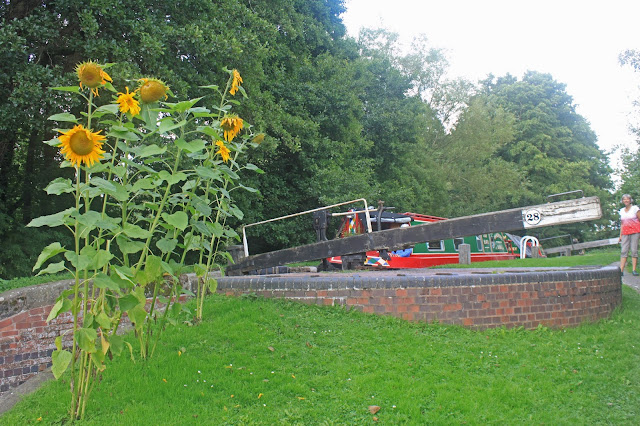 Sunflowers on the South Stratford

With three weeks to spare before our next event in Netherton we decided to drop down the South Stratford after climbing Hatton and spend the bank holiday in the town. 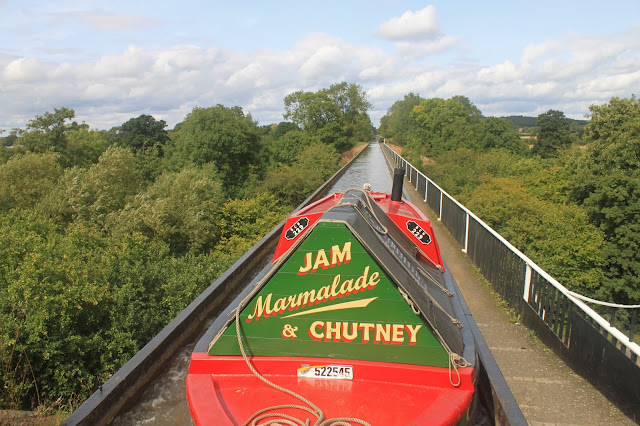 As ever, the canal was shallow and slow but it is always a pleasure and we spent three leisurely days covering the handful of miles, picking plums, apples and black berries along the way. 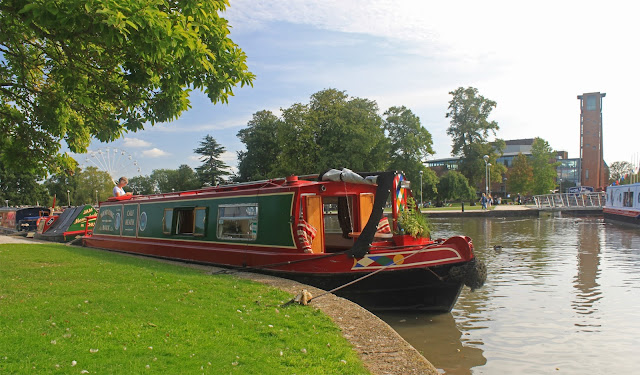