After our late night escapade we spent a few days in central Birmingham, socialising and attending to some housekeeping chores in equal measure. 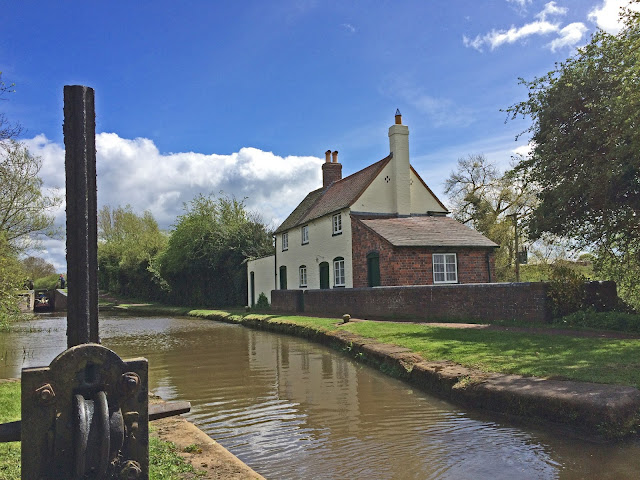 Holiday let cottage at the bottom of the Tardebigge flight.

These chores took me around the centre of Birmingham and what a change is being made. The old Paradise Circus buildings are gone and the whole area is being opened up with great views left right and centre. I guess it will all be finished in time for the Commonwealth Games in four years, but I hole the Council House gets a lick of paint because, as a centrepiece building, its looking a bit shabby.

Our route out of town is on the Worcester Birmingham Canal, a waterway which is notable for its lack of services as it falls away to the Severn at Worcester.   We therefore took advantage of Sainsbury's delivery service and also paid a visit to Pablo's Laundry on King Edgwards Road.

Sainsburys were punctual but otherwise unremarkable whereas Pablo's is worth commenting on. Its owner goes to great length to make his customers feel welcome, even supplying cake free of charge! Helen returned with a bag of clean laundry and explained that the laundry is used by many visiting artists, whose photo's adorn the walls. I was informed, on good authority, that my smalls have now been washed in the same machine as Beyonce's! The mind boggles.

Then it was on to meet some long established friends at the Gin Vault, which is in a subterranean room beneath Broad Street and next to the Tap and Spile. On Tuesdays they serve double measures for the price of singles and have an extensive range of over 200 gins. We samples a couple of Gins which went down well and in no time it was 9.30pm and time to head off for the boat. 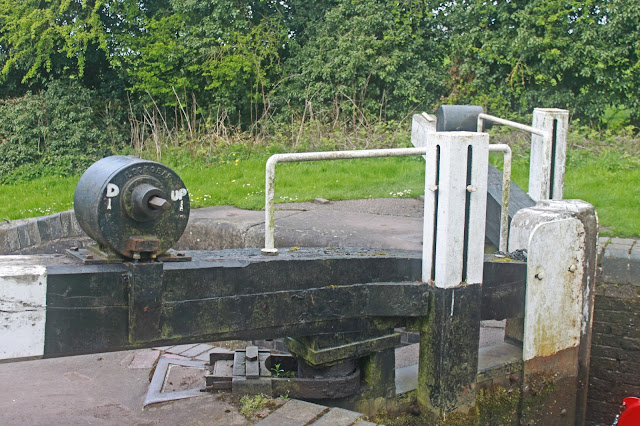 Museum piece hydraulic paddle gear - not long for this world.

Wednesday took us out of Birmingham, past the University and Queen Elizabeth Hospital and finally out to the top of the Tardebigge flight. It drizzled all the way and we were very pleased to drop through the top lock and settle in for the night.

Thursday was forecast clear and dry so we decided to tackle the Tardebigge flight of locks, the longest continuous flight in the country. We didnt set off very early and we heard Hadar thump past us at about 8.30am. Nothing else came past for an hour or so and by the time we made a start a boat emerged from the first lock - and we then had two thirds of the flight in our favour.

About half way down we met some volunteer lock keepers who assisted us the rest of the way. These volunteers were very amiable but explained that one of their number had given up before he had even started. Let me explain. They had just unlocked their station and were getting their coats on when two chaps on a boat arrived and harangued them for not working and "hiding away from your jobs", I think was the phrase. This tirade really upset then and one went home. I cant believe the rudeness of of some folk - these are individuals who help out from the goodness of their hearts and need thanks, not grief. 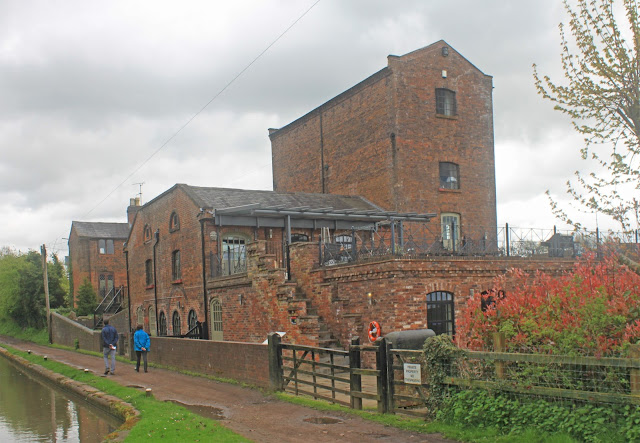 In the end we made it down the flight to the Queens Head in three hours, which is pretty good going. The top section was aided and assisted by my trusty mountain bike, allowing me to ride two locks ahead and have the top gates open - maintaining movement at all times be it forward or downward. Sadly my museum piece bike (it still has caliper brakes) is getting a bit fragile and the handlebars have taken to rattling and the ball race cover split. However, in good make do and mend tradition I managed to tighten it all up and bodge the housing with gaffer tape! If it breaks loose I will have to resort to cable ties and a squirt of WD40!

Such behaviour towards volunteers is wholly unacceptable.Sorry you had to face the fallout. Perhaps the boat was from the Thames where, I have been told by many staff - lock and marina - that such attitudes are rife. But it does mean that you get a very warm response when you talk to people as people.

You certainly dont miss Hadar passing! how they can possibly travel along the lovely quiet canals with all the noise it makes and they always start early to wake everyone up!

So often I read comments about Volickies only doing easy flights, not being out in the rain, not walking the whole flight etc At the end of the day they are giving up their time to help others for no reward, that don't have to do it and some people seem so ungrateful. I never expect to find someone waiting to help me through a lock, if there is than a big thank you be they CRT or volunteers