Belle had reservations about completing the Erewash, tending to favour a late start and an early return to Sandiacre. However, with a day in hand, and the canal “being there” we concluded “why not?”. We allocated three hours travel above Ilkeston and then to turn, covering as much distance as we had time for and still be ready for a pick up at 6.00pm. According to Pearson, the journey to Langley Mill was 4.5 hours so no chance of making it all the way. 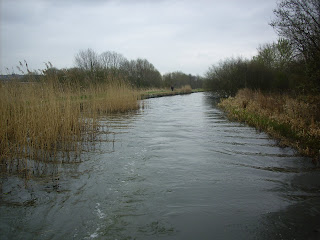 In the event, Pearson was somewhat pessimistic and we made good time in spite of all the locks being set against us. The final plan was to wind a couple of hundred yards short of Langley Lock but a BW improvement scheme put paid to that idea. A couple of guys were working down the Erewash applying new numbers to all the bridges and their boat and scaffold blocked out way for half an hour or so. Then the leaking Eastwood Lock appeared to have virtually drained the pound to Langley Lock and even WB’s modest 1ft 10” draft wouldn’t make it. 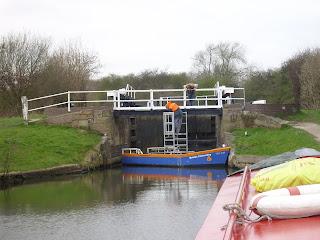 However we locked up and turned in the mouth of the by-wash churning up tons of silt in the process. So that was the Erewash, bar about the last half mile or so – and in the circumstances that was good enough. On the way back we encountered the repairmen again at Shipley Lock and after a bit of persuasion, got them to agree to let us pass.

I have to say that the Erewash is not a great canal. The last couple of miles north of Cotmanhay are very rural, nestling in the foothills of the Peak District and hint at the potential which exists should this arm be reconnected with the Cromford Canal via the Amber Valley, a route which was lost in the 1960’s. Strangely, the canal is much more attractive when travelled in a southerly direction and the views of Cloud House and its adjacent church are picture postcard perfect. 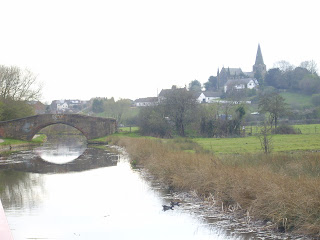 The locks are big, heavy and the gear is at best stiff and at timed inoperable. The good news was that as we were the only craft on the canal all the locks were set in our favour for our decent! We made it to the Red Lion with 30 mins to spare and then Jeff and the Capt moved on through Sandiacre, mooring on the lock tail bollards. 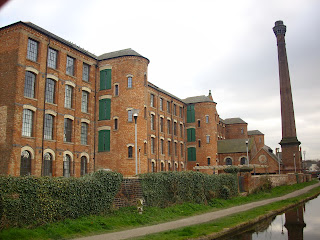 Fishing was unsuccessful so we resorted to a Monopoly marathon. The Capt took a commanding lead with hotels on Brown, Blue, Purple, Orange, Yellow and Park Lane / Mayfair – enough to land me with a hotel repair bill of an eye watering £1650. But Jeff clung on with no property and virtually no cash, refusing to die but never quite cutting it as the comeback kid. 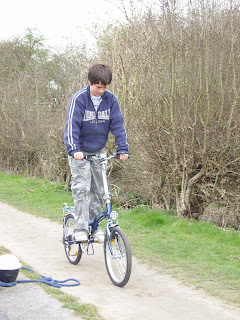 There was lots of activity around us during the evening but all of it on the towpath with dozens of runners and cyclists. The waterway itself feels like a throwback to the 1960’s, overgrown, unkempt and unloved by all but the fitness enthusiasts who use is environs as part of their exercise routine. The canal is almost continuous suburbia but whereas in some areas the canals are embraced and included into gardens, here it is shunned and hidden away behind high fences. As a result the debris is constant and every bit as bad as the BCN.

We had a quiet night with the distant hum of the A52 all but drowned out by the tinkling of the bywash. During the night various clanks and bangs emanated from the adjacent marshaling yard, but not badly enough to disturb our sleep.
Posted by Andy Tidy at 11:07 pm