Market Weighton Canal
25th January 2009
Walking Tour
Market Weighton Canal - Where's that? I hear you ask.
Its a 9.5 mile canal of which six miles remain navigable, located about 10 miles west of Hull. It stretches north from the Humber Estuary across flat farmland ending just short of the town of Market Weighton. 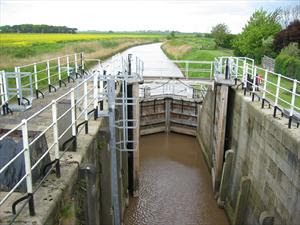 This is a very obscure waterway which leads directly onto the Humber estuary and which hasn't had a right of navigation since 1971. That said, the channel is navigable and Weighton Lock (also known as Humber Lock) remains operable subject to prior consent of the EA. 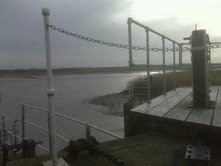 The inaccessible nature of this waterway ensures that few boats will ever venture up its short length, although NB's Earnest and Frogmoore managed the feat in 2005. I can't see myself chancing my arm in Wand'ring Bark, so I decided to satisfy my curiosity with a walking inspection whilst visiting relatives in the area. 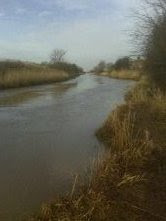 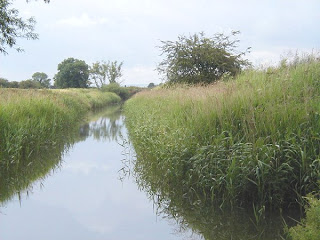 The 9.5 mile navigation was constructed in 1782 to drain the surrounding fields and this remained its primary purpose throughout its life. Indeed, its drainage function is the reason for its continued existence. It never quite reached Market Weighton, ending its run and Canal Head (not the most imaginative place name!). By 1900 the top 3.5 miles above Sod House Lock had been abandoned
losing Mills Lock and Holme Ings Lock in the process.This upper section is now largely in filled. A limited amount of brick carrying trade continued on the lower reach til the 1950's.
The lack of traffic on the canal resulted in a loss of the right of passage in 1971 and shortly thereafter Weighton Lock was threatened with closure, only to be saved by a local action group who managed to have it noted as a listed monument, thus ensuring its continued existence. 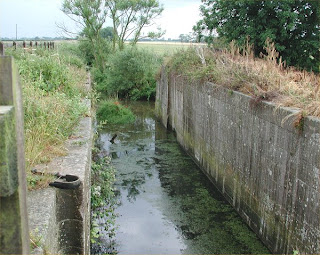 The canal is navigable to just below the remains of Sod House Lock and a winding point is in the mouth of the Foulness River, which is itself potentially navigable for several miles when weed conditions and water depth permit. All in all this is a navigable drain very reminiscent of the drains in and around Boston - dead straight with pumping stations and very high banks. 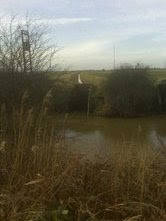 With no vessels on the waterway there are no facilities and even mooring near Newport (the only village on its route) looks tricky.
As I said, not a canal I ever expect to navigate, even in a canoe, but it is an ancient structure which justified a visit on a blustery January morning. 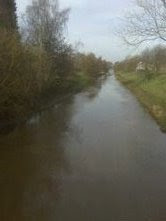