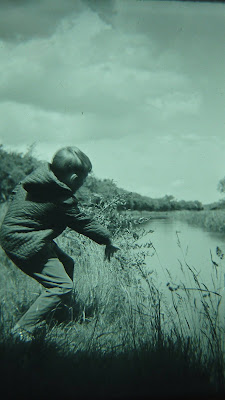 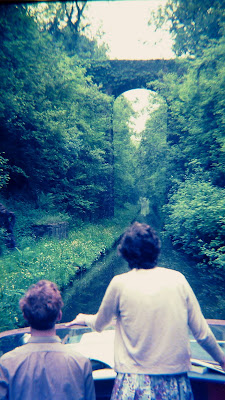 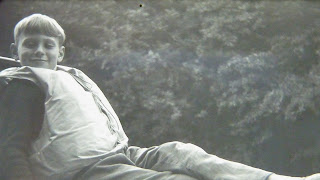 Captain Ahab aged eight and a quarter!
The passage of time is a mixed blessing. Sure the BCN is much cleaner, and there are even fish in it's once polluted waters, but what I would give for just one weekend cruising round it as it used to be. Not that we appreciated it at the time. Then the BCN was a worrying and forbidding place, one to be crossed with all haste rushing from the rural safety of Autherley to the other side at Minworth in one long marathon day.
All in all a great trip which seduced us all back to the inland waterways time and time again - and calls me still. Yorkanaught may have been a very basic boat but it's passage in the summer of 68 led to the accumulation of a huge body of memories, and a handful of faded photos.
Posted by Andy Tidy at 6:00 am

How marvellous to have such memories and the photos to go with them! I wonder if my parents took any photos of my own induction to the waterways back in 1975? I will find out.

Halfie
When I received the USB stick full of old family photos it felt like my birthday and christmas rolled into one.
Andy