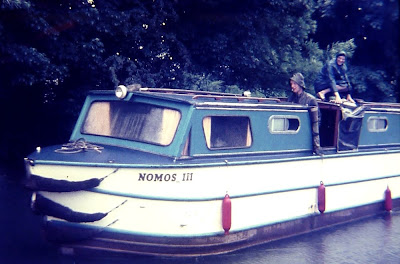 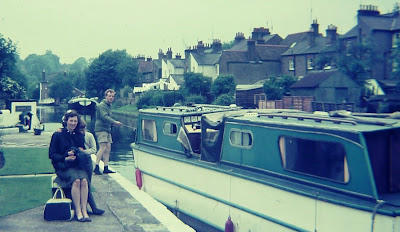 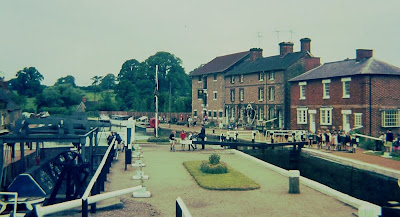 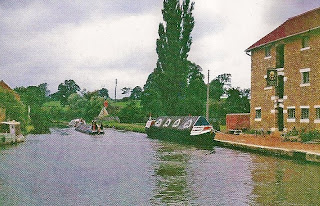 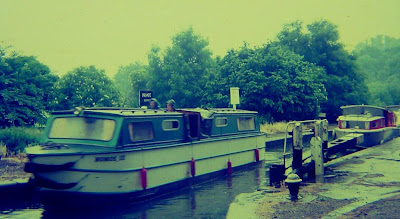 Boating 1960's style
The rest of the trip to Brentford passed in a blur, as did the semi tidal reach along the Thames to Richmond, but then the sun came out and with it came the start of hay fever, a complaint which plagued me for nearly two decades. I remember sneezing and sneezing with out a break, but even so I was captivated by the whole boating experience.
Posted by Andy Tidy at 6:00 am

The photo labelled Braunston looks very like Stoke Bruerne with the weighing machine in the left of the picture.

Halfie and Dave
You are both absolutely right, it is Stoke Bruerne. Having realised my mistake I can now identify the horse boat / butty on display in th dry dock / weighing scales as Northwich, later paired with President.
I fear that my lack of familiarity with the Grand Union is showing!
Curiously, I spotted a photo of SB in February's WW, complete with Northwich moored outside.
Andy