The sun shines on Etruria

After last weeks endless rain the weekend emerged like an oasis in the desert, a brief pocket of sunshine in succession of North Altantic Lows. As if my magic the clouds rolled away and we were treated to glorious two days without so much as a spot of rain - and the locals descended on the Etruria site in their thousands. And wow, did they like their Jam! 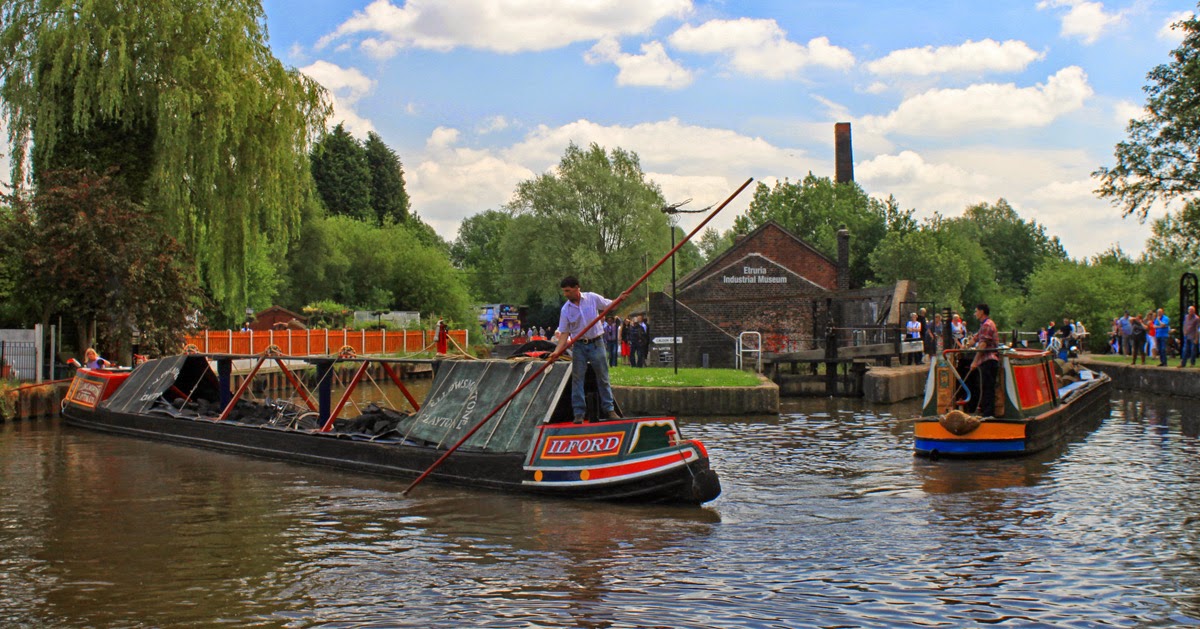 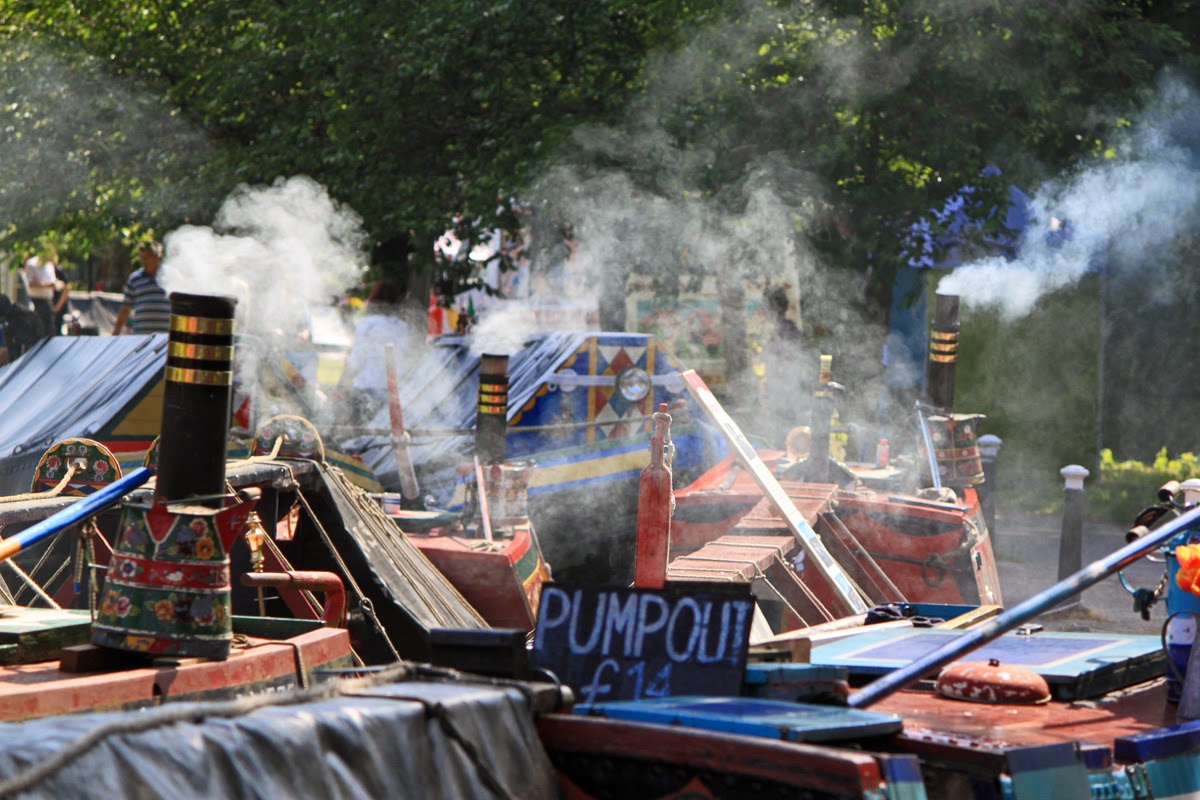 We were besieged on both days and sold most of our stocks - there was certainly little in reserve when we packed away at the end on Sunday. 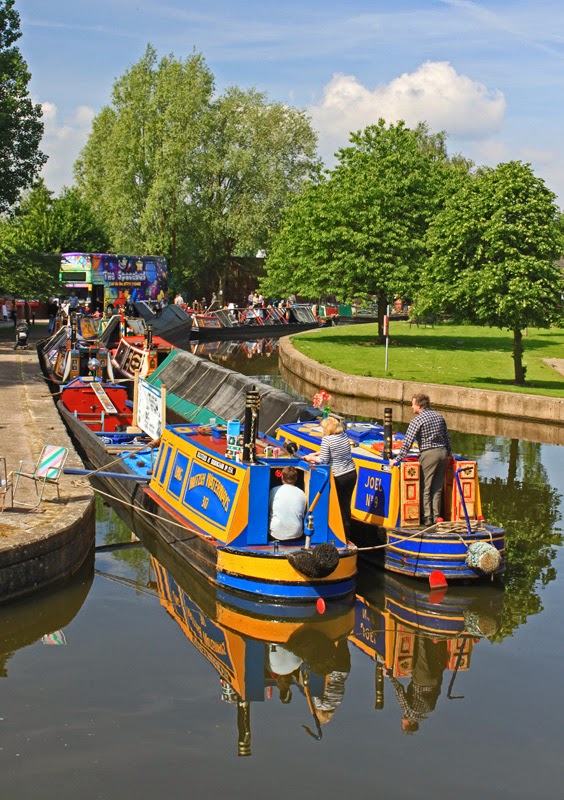 This event is rather different to the normal event as the canal boats are the stars. All the old historic boats were there, some gleaming and others live Victoria, battered from their ongoing life as commercial fuel boats. In fact Victoria made the trip up from London in an amazing five days. 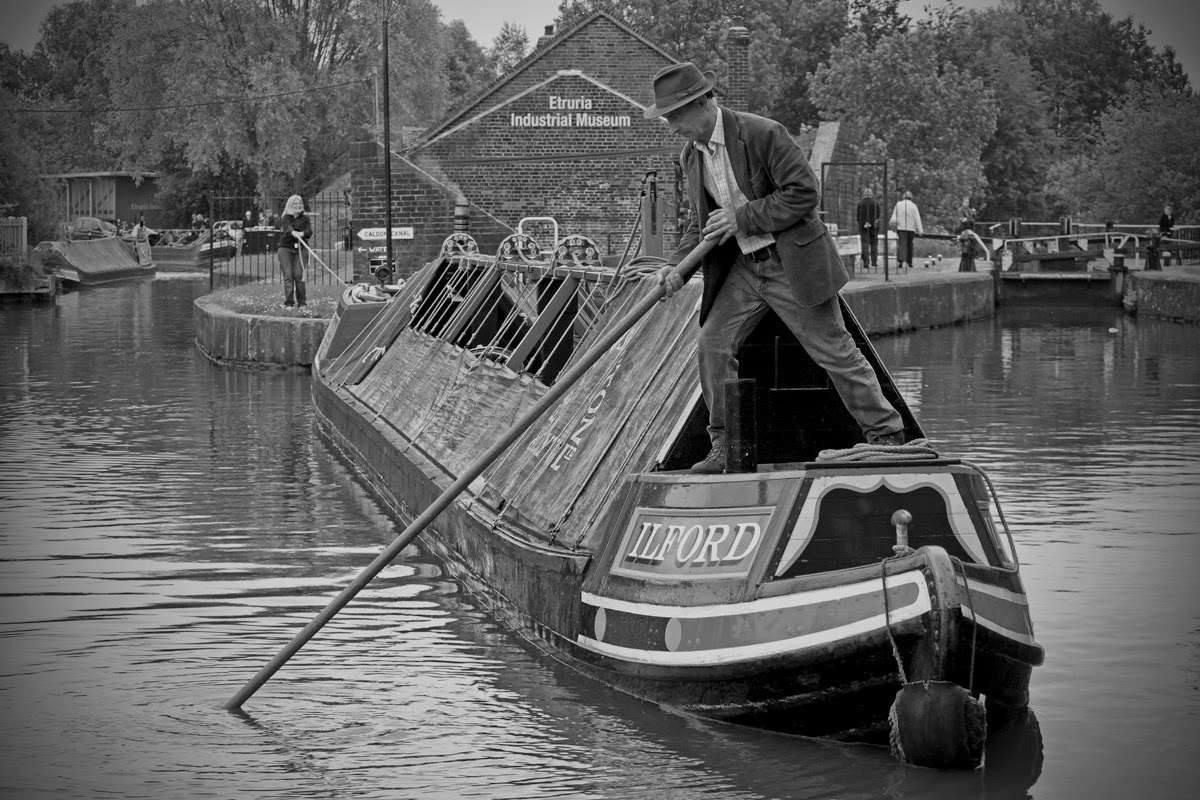 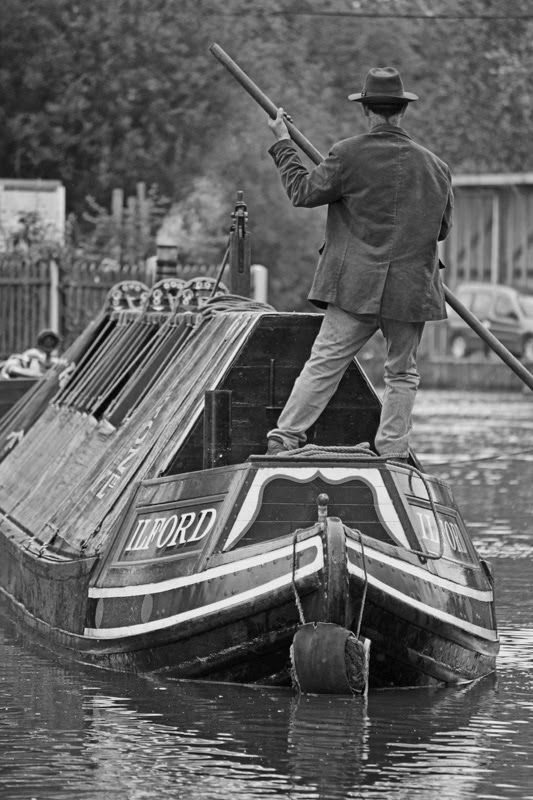 Our mooring for the weekend was immediately beside the junction so we had a grandstand view of all the old boats winding into and out of the Caldon Canal. 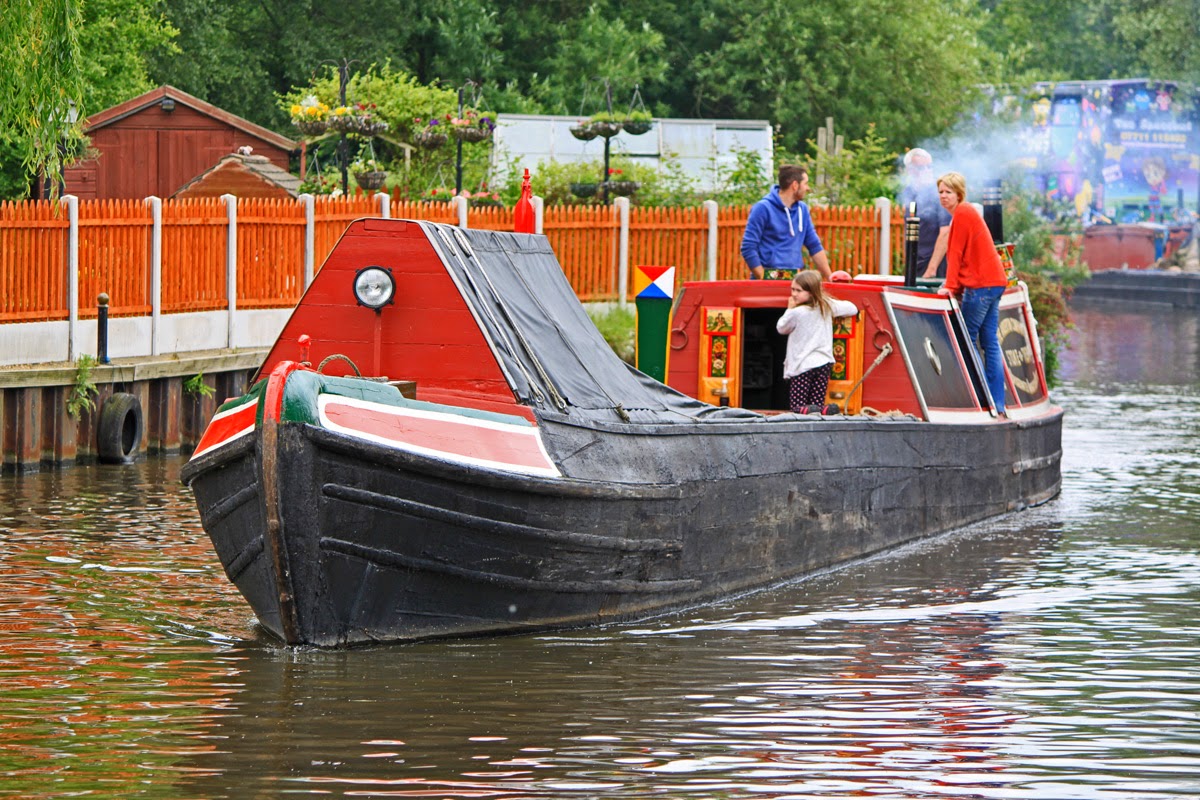 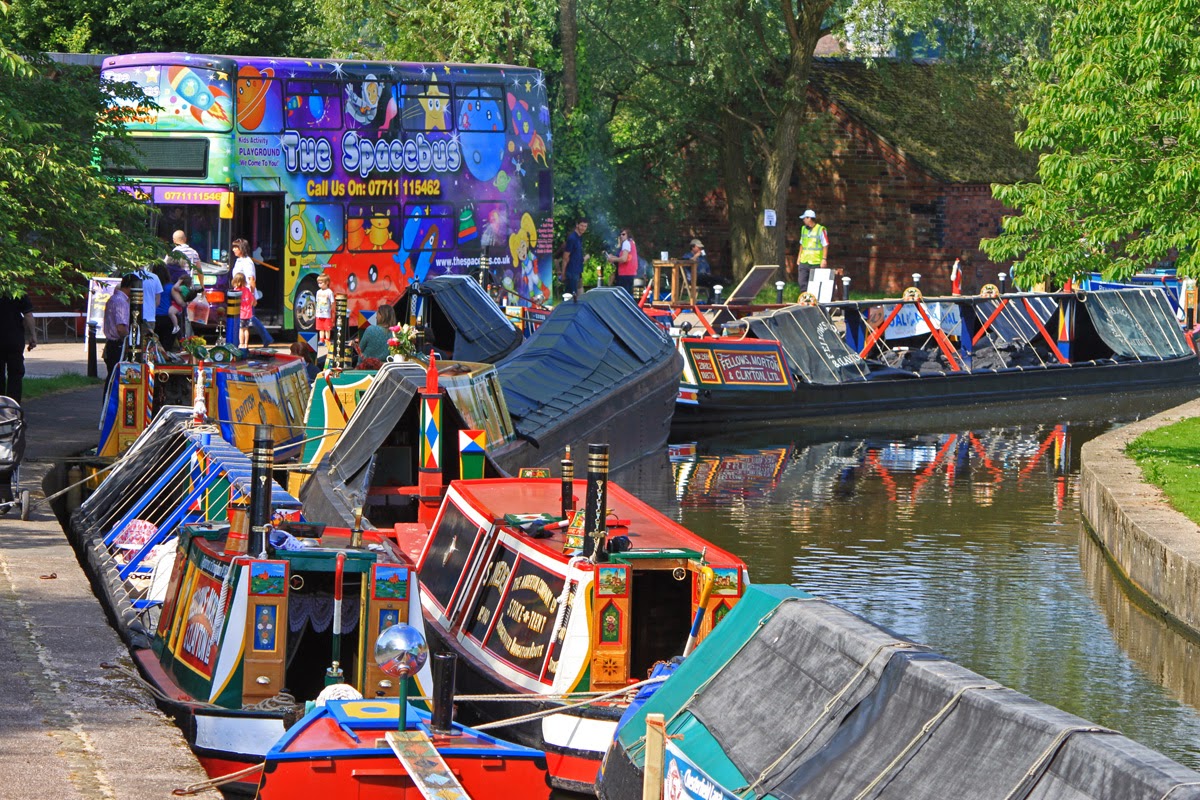 This morning we were woken to the crack of ancient Listers and Nationals, their engines shaking us awake accompanied my a deafening bellow, chimneys belching clouds of diesel smoke. Heady stuff. 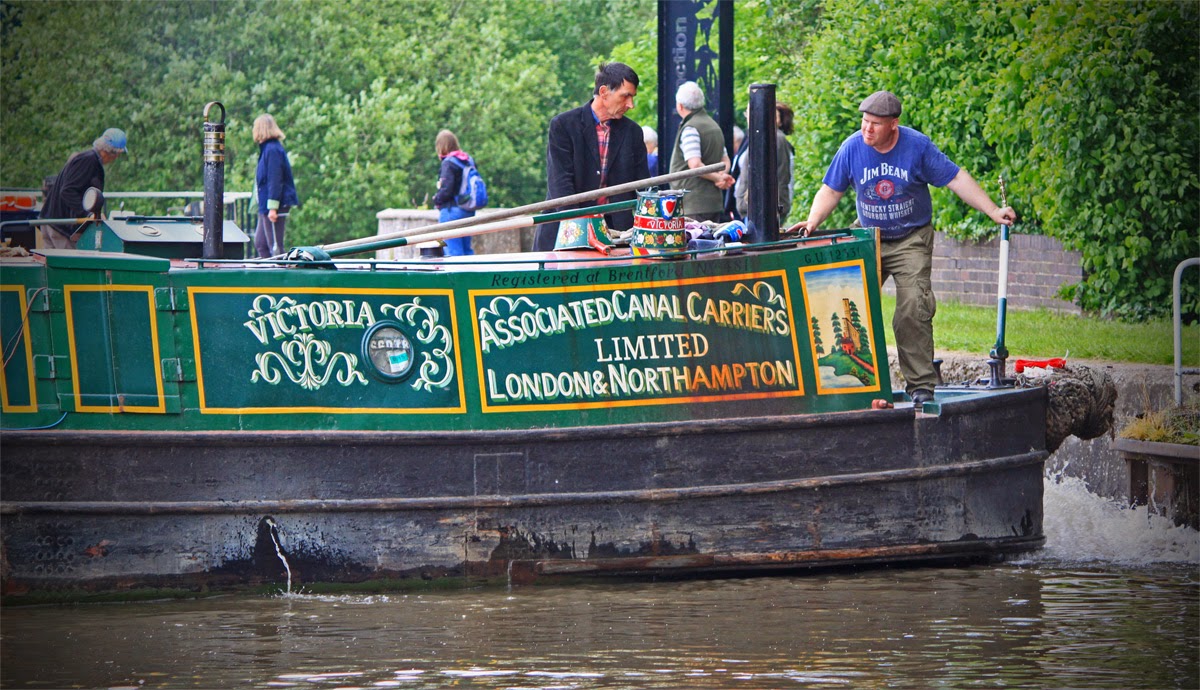 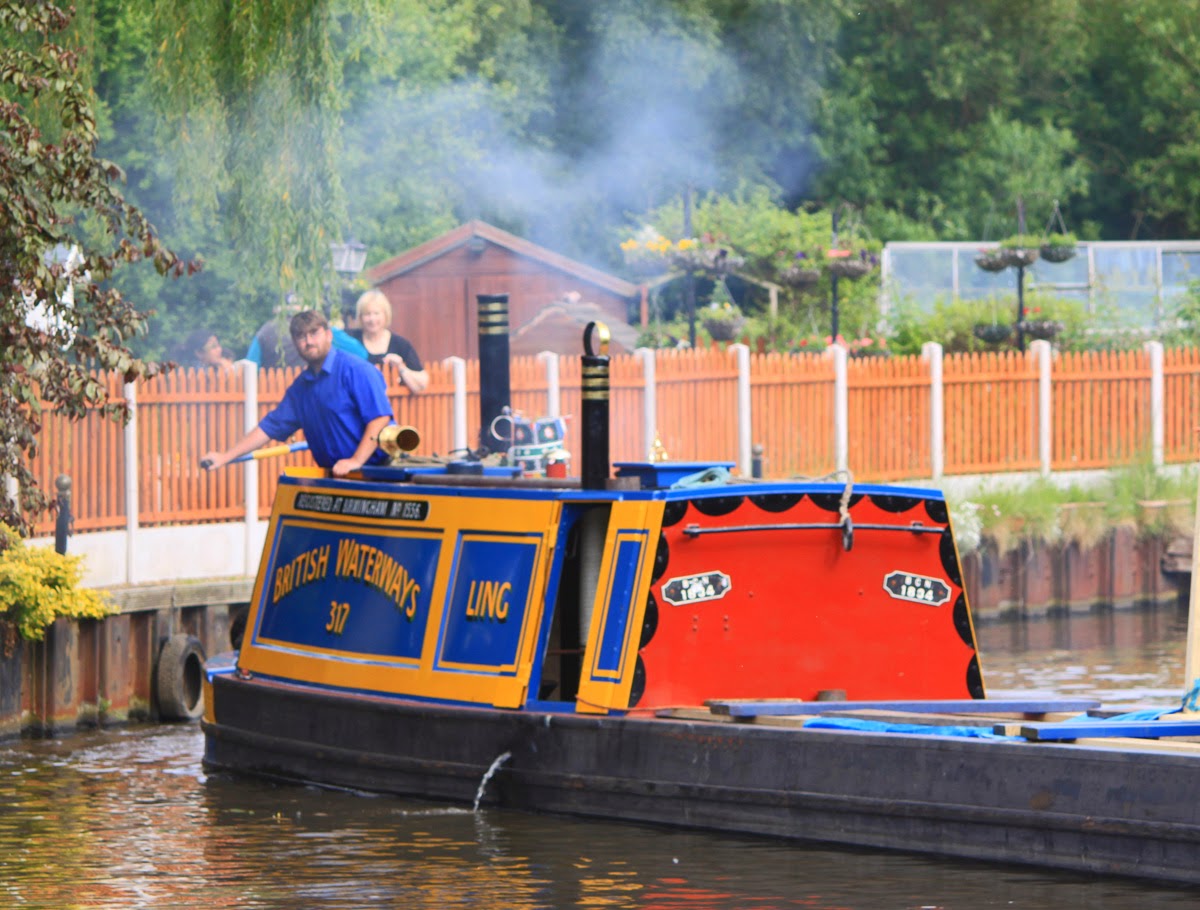 And so we bade our host and neighbours goodbye and set off for Rode Heath as we journey back to Calf Heath the "long way round".

There were also some "odd" craft around - a pedallo heading for Oxford: 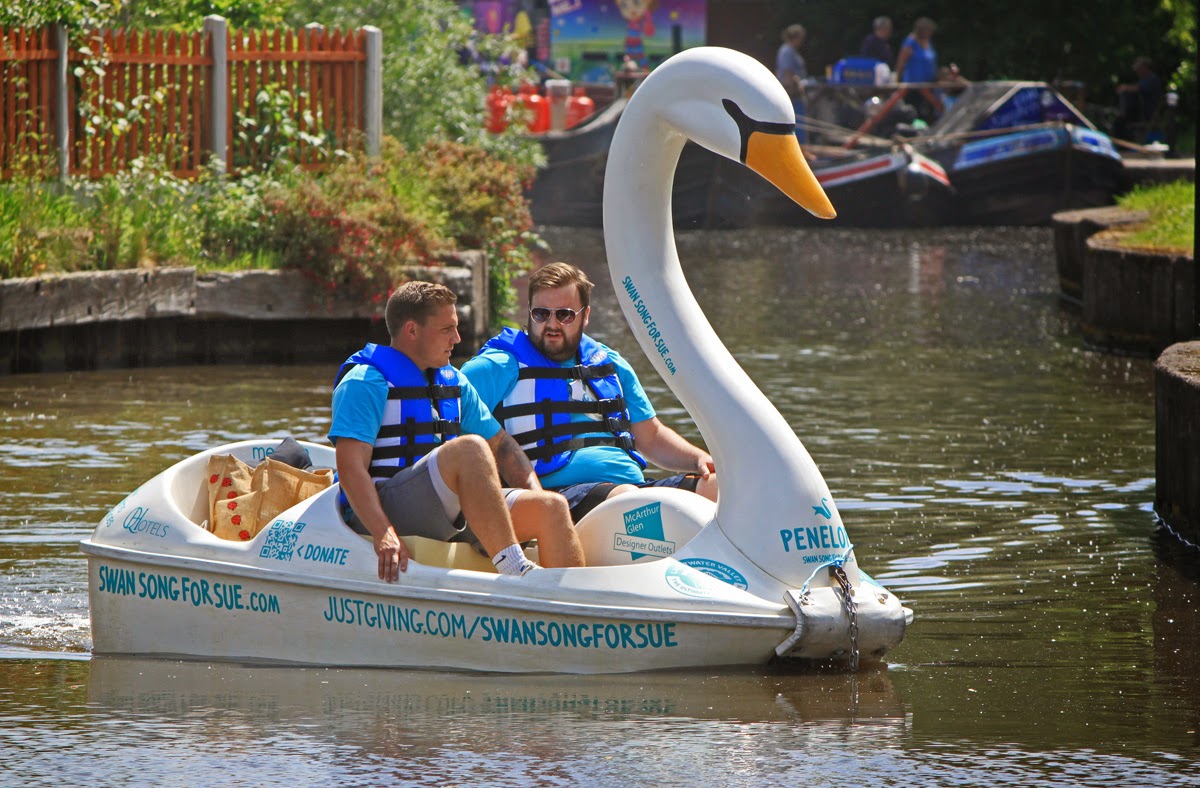 And there there was the hireboat heading to the Caldon complete with multiple masts which can be raised and lowered by sliding the hatch - both genius and bonkers at the same time....

This is sort of time lapse: 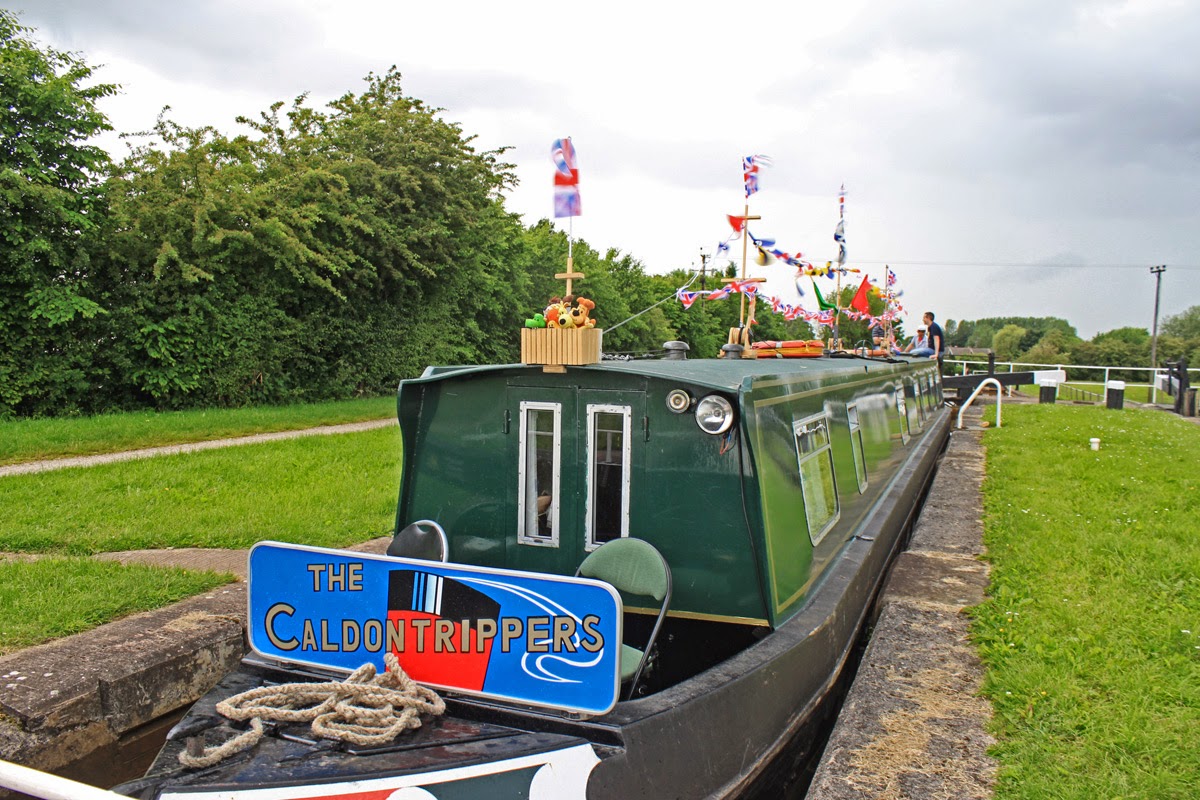 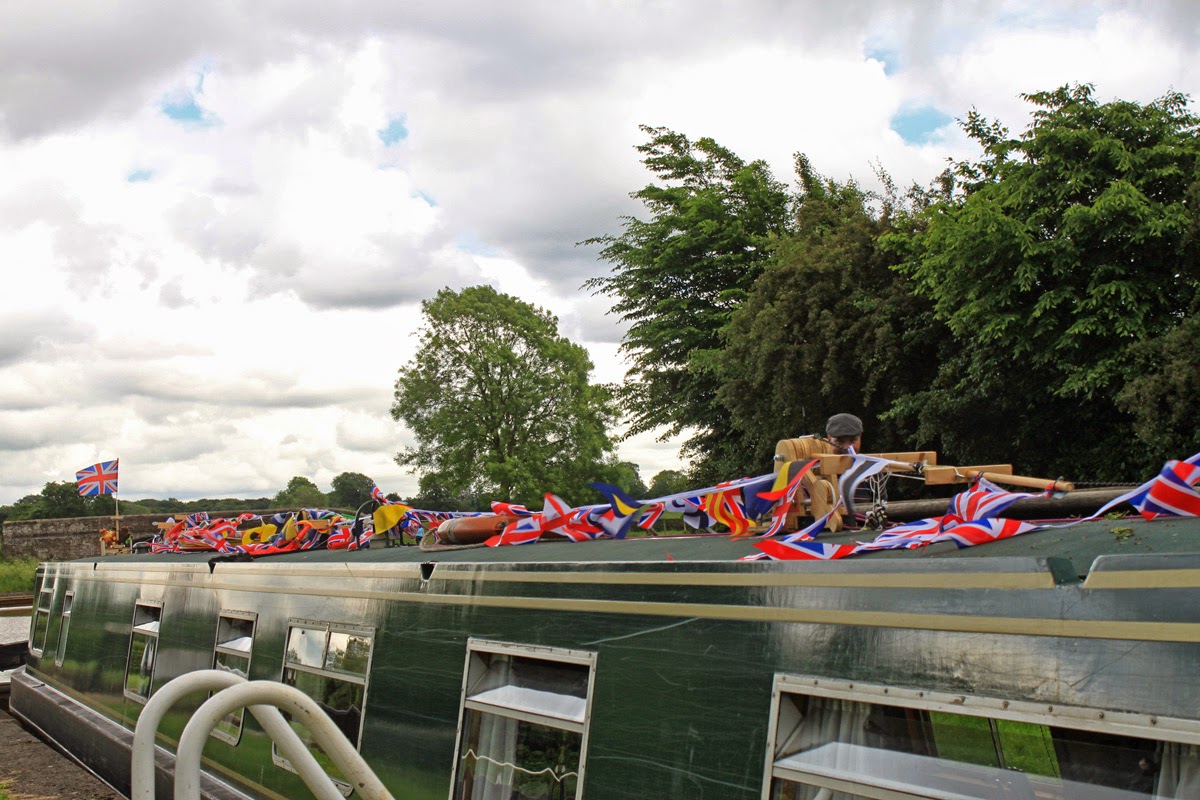 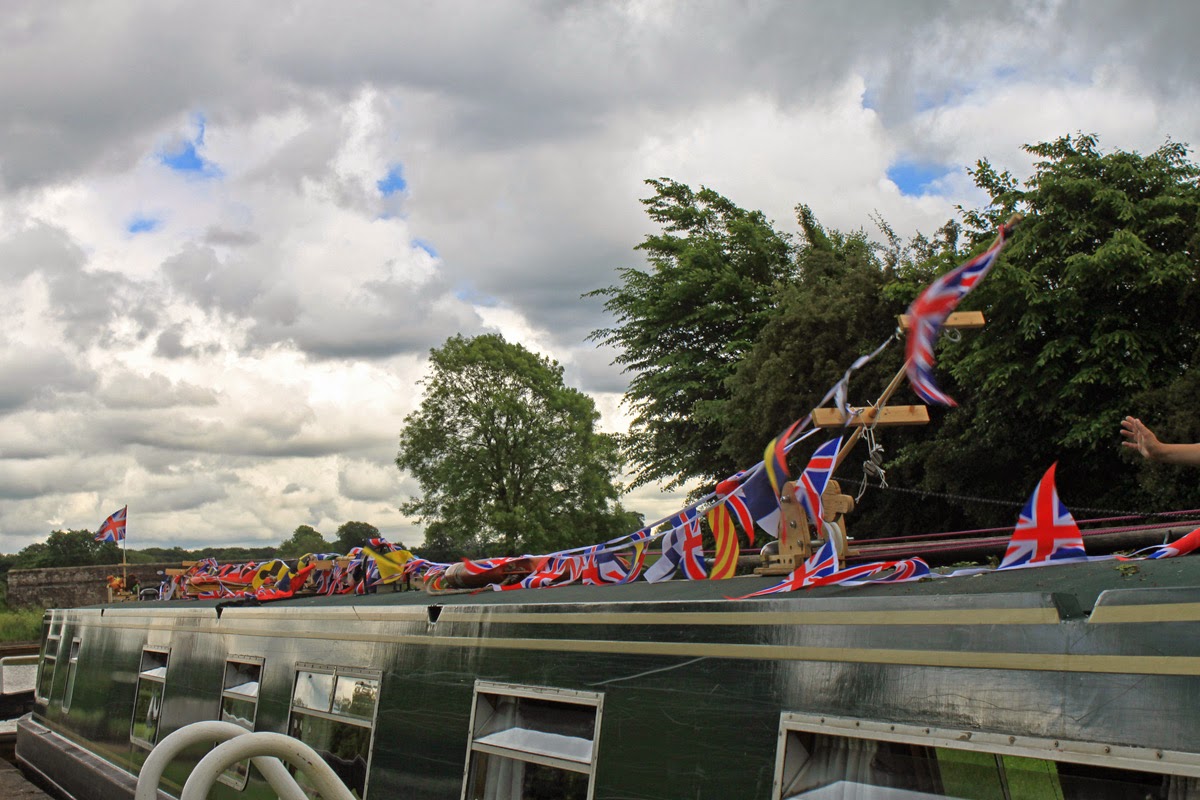 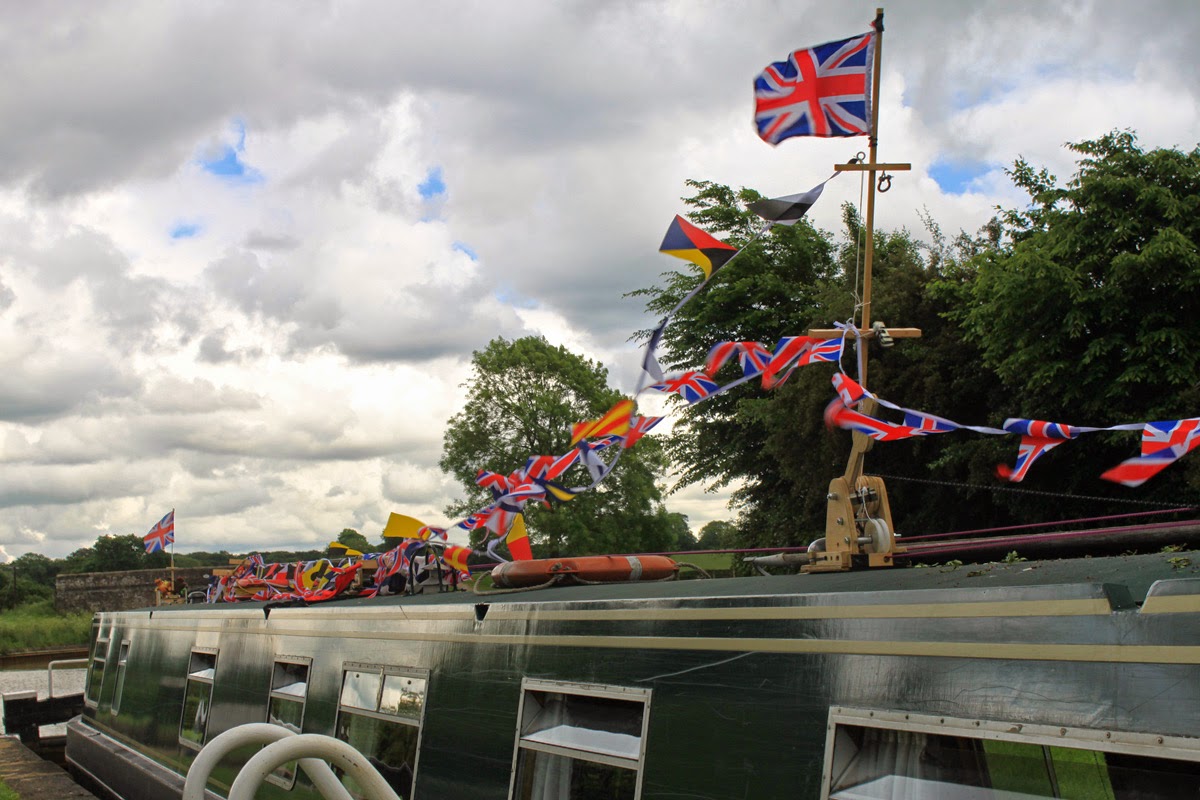 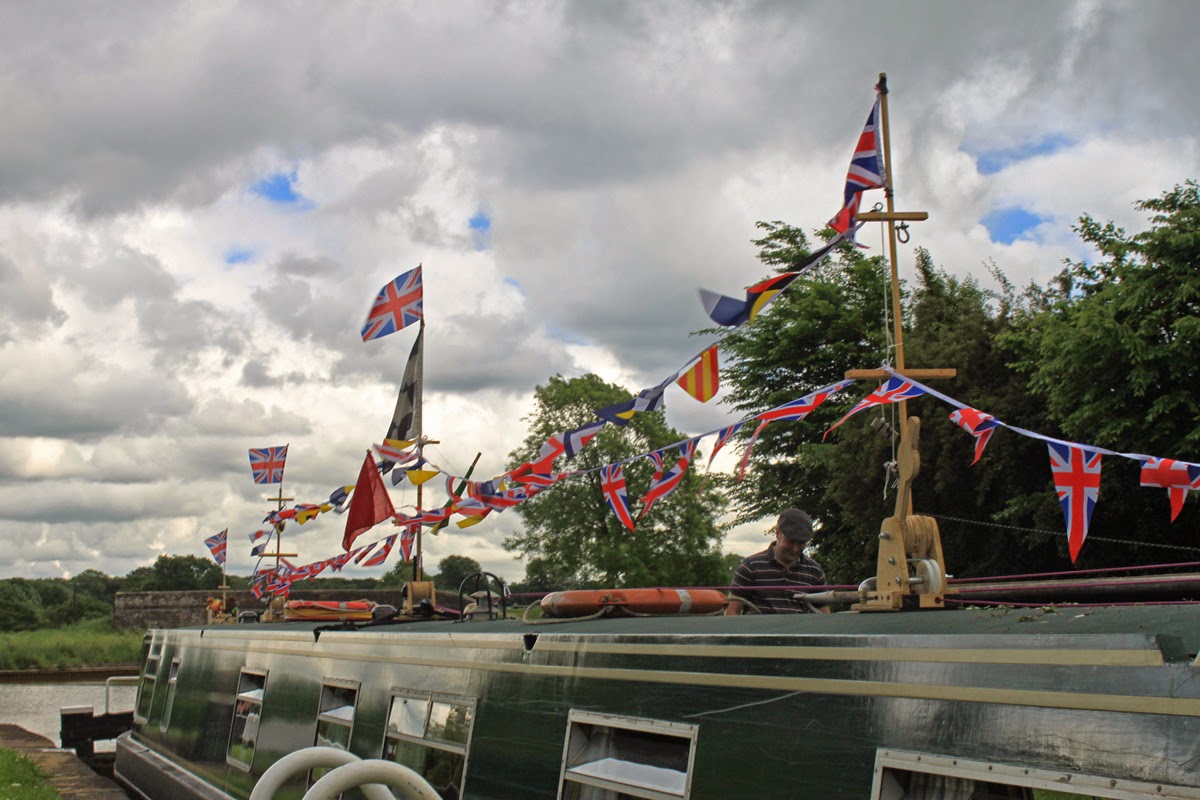 Brilliant! But it must have taken hours to construct ...