Up the hill to Stoke

Great Haywood to Harecastle
May 2018

There are a plethora of moody miles between Great Haywood and Stone, long pasture fringed pounds which seem to stretch on endlessly just above the the narrowing upper reaches of the Trent. 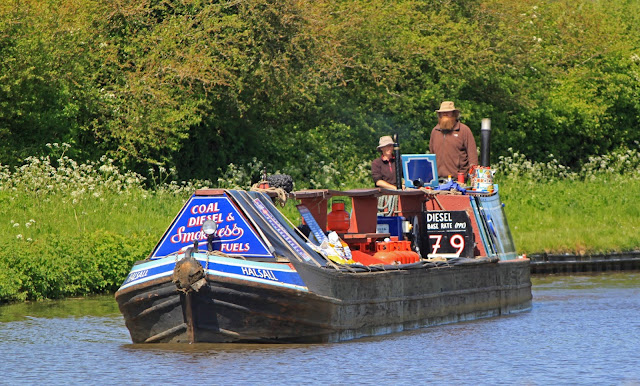 In some ways its a beautiful landscape, especially on a cloudless day such as this but it also a bit, dare I say it, tedious. Each field looks the same and with so few landmarks time stretches on, and on and on. In spite of all the boats at the junction we seemed to be pretty much alone as we crawled slowly from lock to lock, rising step by step to the outskirts of Stone. 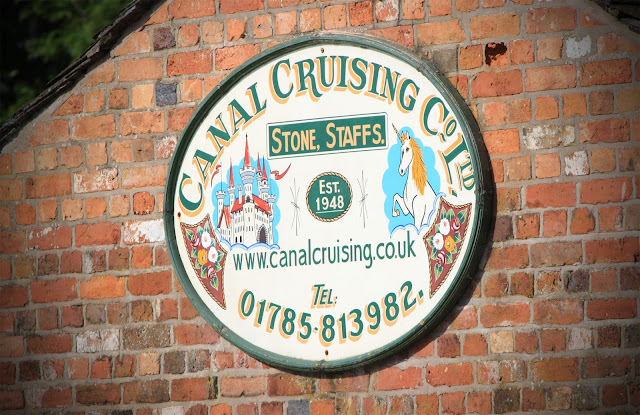 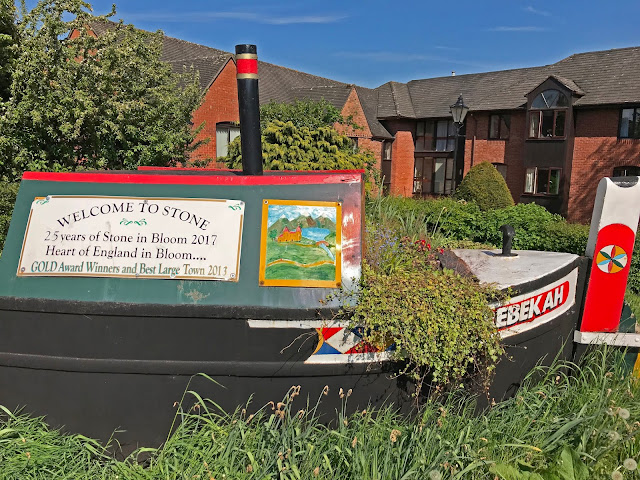 Having used a lot of water on wash day we needed to refill only to have a boat slip onto the water point below Star Lock as we approached. Fair dues, he got there first and what is more with him in front of us and another boat behind who we had let pass we secured two new customers and troubled the till once again. 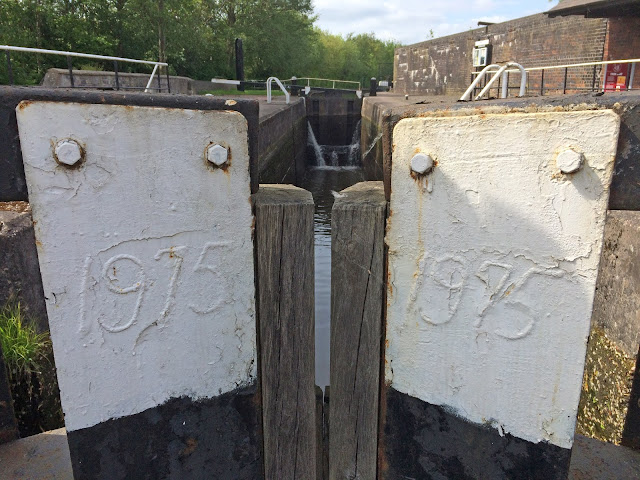 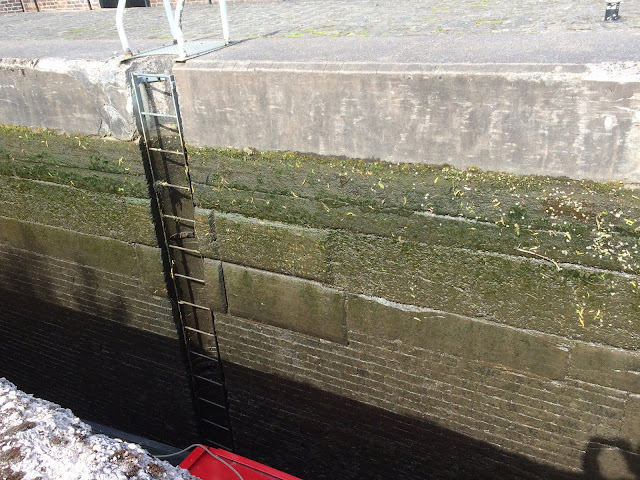 With all the moorings below the lock full and a desire to reach Harecastle the next day we moved up through the Stone Locks to the foot of the four at Meaford. The adjacent road does create some noise but not enough to disturb our slumbers.

Wednesday dawned much cooler and we tucked in behind Mountbatten and Jellicoe as they made their way up to Stoke. Their need to double lock certainly slowed progress a bit, but they are a fraction faster on the flat so we pretty much paced each other all day and ended up moored nose to tail at the Herecastle Tunnel portal. 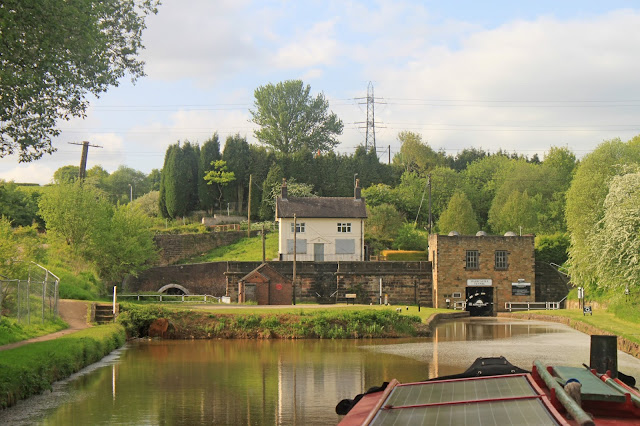 The route up from Stone to Stoke is much more interesting with areas of abandoned industry all around. I always like the top lock at Etruria which bears the telltale marks of mining subsidence. The original coping stones are about 5 feet down the lock walls and the top two feet of cement, laid in the 70's suggests that the subsidence has ceased. What is more, this part of the canal includes a few steel gates which survive from the 1970's when BW, a nationalised concern, was obliged to used steel from British Steel, another troubled nationalised enterprise. 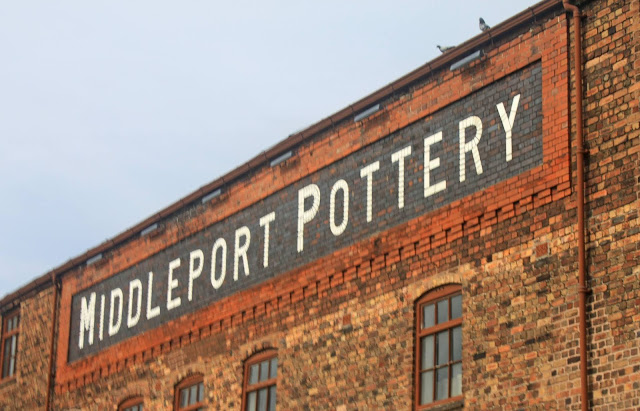 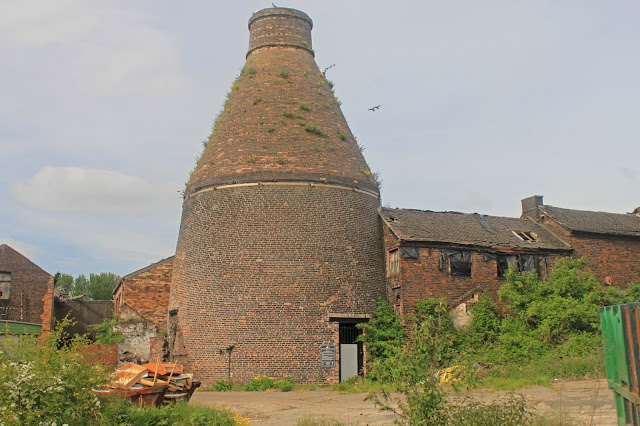 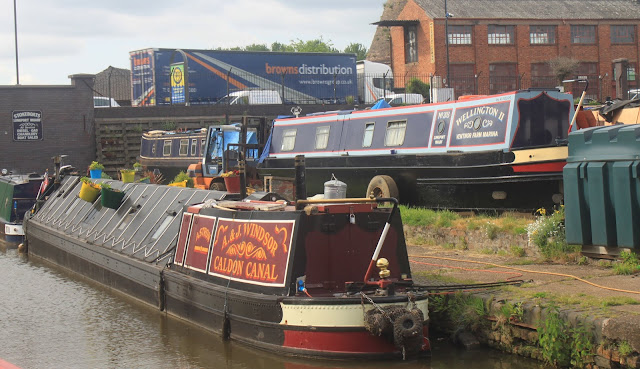 The section north of Etruria offers some of the finest relics of the buildings which used to line the Trent and Mersey. The areas of Middleport, Newport, Longport and Westport all have their old pottery buildings, most on terminal decay but there and there some remain operational as going concerns. 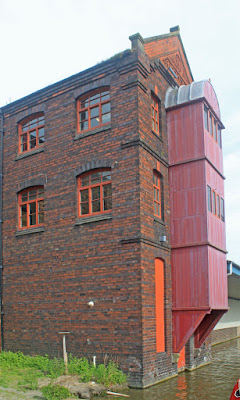