Several friends have started making enquiries about my whereabouts and well being given the prolonged absence of blog posts. 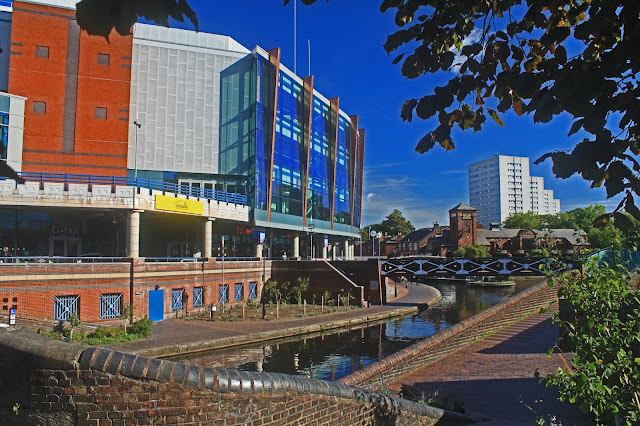 I am glad to report that we are alive and well and have arrived back in Birmingham ready for this weekend's Black Country Boating Festival at Bumblehole, Netherton. We made a long slow journey back from the Milton Keynes area and I will document our travels over the next few weeks to fill in the gaps. 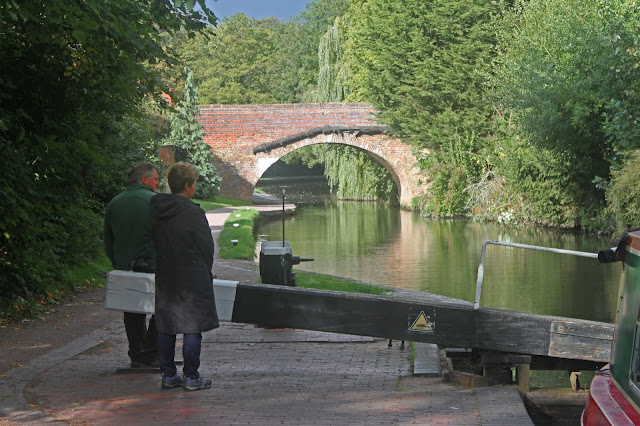 Last weekend saw us move back up to the Birmingham level and this involved the significant ascent of Hatton Locks and Lapworth Locks. Our friends Fi and Andy were coming to stay and knowing that they like locks we timed their visit to help with the locks. We had moored for a couple of nights at the Cape of Good Hope, and they joined us on the Friday and we set of on Saturday morning making light work of the first few locks. It was immediately apparent that we were gaining on "City Slicker" and they immediately suggested that they pause and we tackle the other 17 locks together. With a strong crew available we wizzed on up in about 2.5 hours, stopping at the top to use the elsan, rubbish point and to take on water. 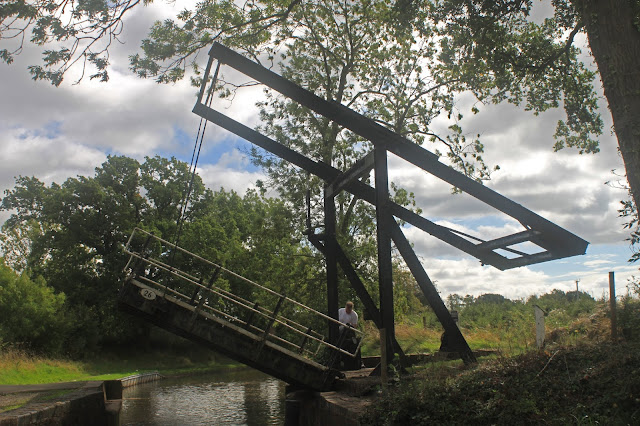 We moved on to Kingswood Junction and spent the night uncomfortably close to the railway bridge, but the trains soon stopped and all was well. Sunday saw us climb the 17 locks of Lapworth, wreaking havoc with the hire boats we passed on the corners at the top. The problem is the extremely short pounds and the relative inflexibility of our pair.

We moved on to the Blue Bell Cider House where both Helen and our Guests left the boat but I was soon joined by a friend from BCNS and we shared a pint or two over a couple of nights whilst he repaired his boat and I made Damson and Bramble Jam and Damson Jelly. 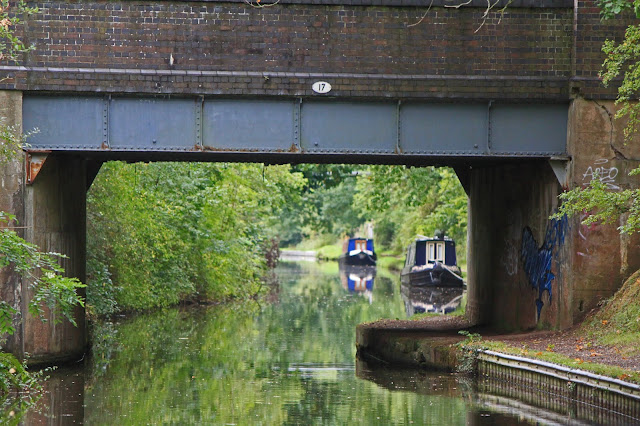 Tuesday saw me move on up to the visitor moorings at Warstock and then a 9.00am start on Wednesday brought me into Birmingham city centre and Helen's return in the afternoon. 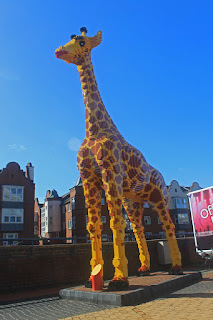 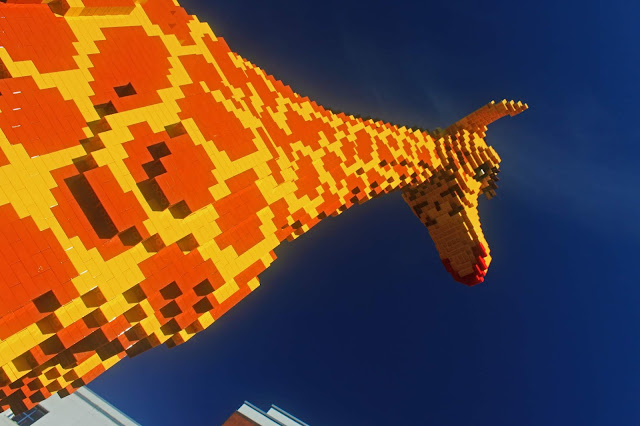 Which brings me to the subject header. When were were last in Birmingham in April I was struck by the very run down mature of the ICC canal surrounds. Imagine my delight when I returned to find all the borders dug over and filled with flowers, fruit trees and herbs. It had more than a passing resemblance to the Incredible Edible Todmorden and if the plantings survive it will offer an amazing variety of fruit in the coming years - certainly in time for the Commonwealth Games. The plantings cover the entire central area and stretch right out to the start of the Icknield Port Loop. 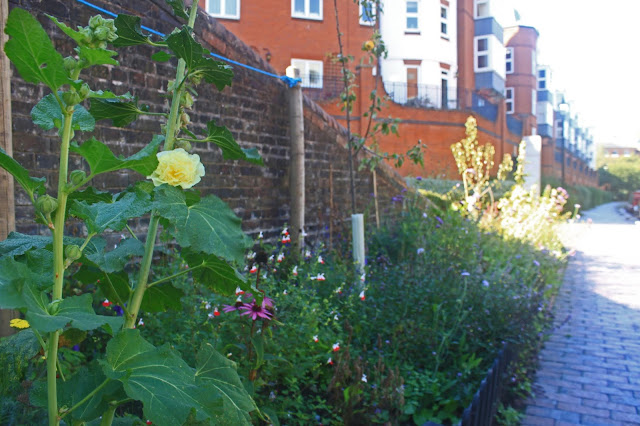 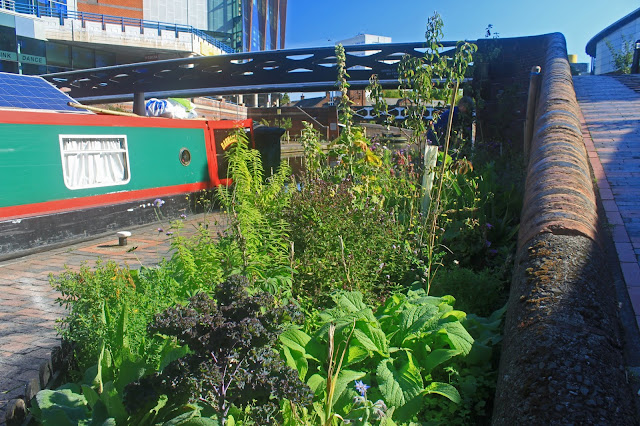 The route down the New Main Line is very familiar and to be honest I find the endless straights a tad wearying. As usual I resorted to my headphones and settled on The Rolling Stones for an accompaniment and watching the towpath improvements which seem to be underway for most of the distance to the Netherton Tunnel Junction. 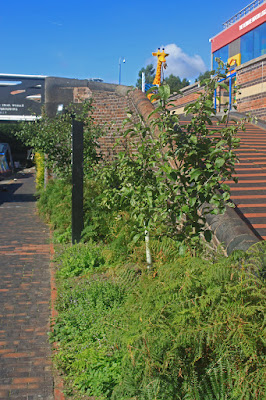 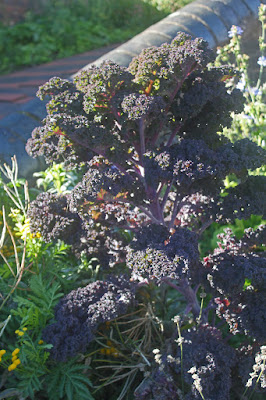 As we turned I saw a boat in the distance coming from Tipton and before long it became apparent that it was Sandra and Barry  from the Homebrew Boat. They rapidly caught us up as we crawled through the tunnel, their light illuminating the tunnel sides for me and my speed giving them an opportunity to savor every last brick of this engineering edifice. 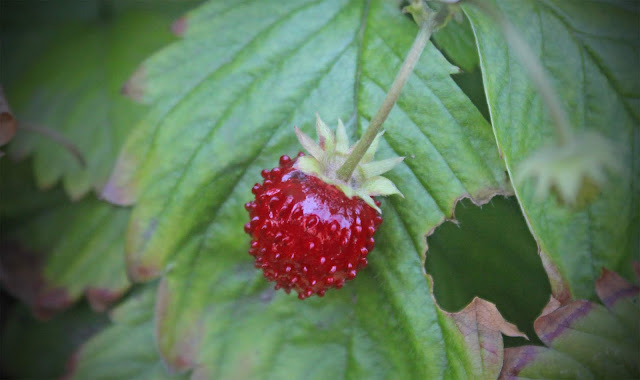 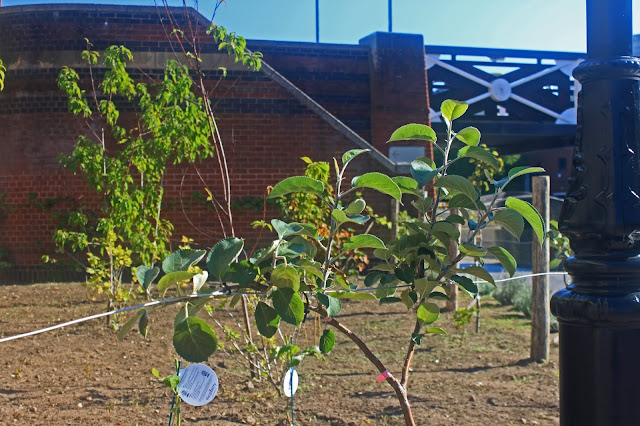 And so we site at the BCBF festival site, catching up with lots of old friends and getting the butty ready for the weekends crowds.The forecast is good so we should make a big dent in our already limited stock of preserves.
Posted by Andy Tidy at 6:05 pm

I think you mean Kingswood Junction rather than King’s Norton. One time when we moored there, they were doing engineering works all night. Adrian heard it all; I heard nothing.