There is a missing landmark on the Old Mainline in Smethwick, a bit like a missing tooth in a familiar smile. 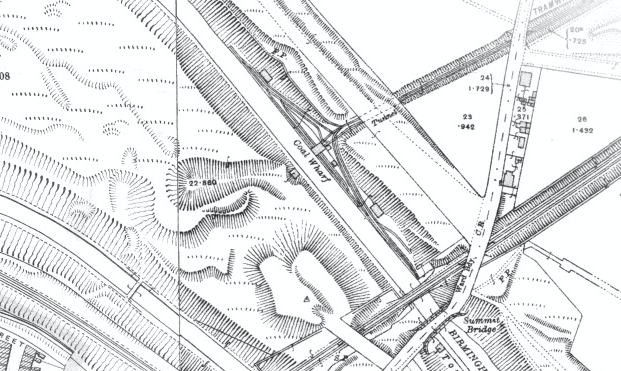 The landmark I am talking about is the set of canal-side Coal Chutes which were built to transfer coal mines at the nearby Sandwell Park Colliery. This coal arrived by tramway and was dropped into BCN day boats (Joeys) waiting below. 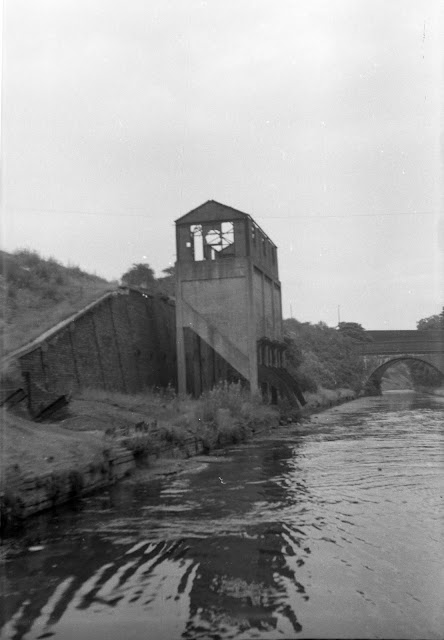 These loading chutes towered over the Old Main Line, gradually decaying following the closure of the colliery at the far end of the tramway. Over the years the concrete towers crumbled and ended up in a dangerous condition before they were finally demolished and replaced with an interpretation board.

An images has emerged from the Hugh Potter collection which provide a great insight into this landmark as it was in 1974, before the decay really set in - another little bit of the BCN's rich jigsaw.

It is a little while since we have been that way but I sort of recall wondering what had once been there - as I generally do when I see remains of wharves, bridges and towpath bridges etc. Old OS maps are a great resource for such investigations!