Whilst the bricked up entry bridge still stands alongside the Northfield Road bridge at Windmill End, there is nothing else to suggest the canal ever existed. Not only has the line gone but the ground level has been lowered by about 20 ft leaving the theoretical canal soaring high above what is now Darby End Road, coming to an end in the upper floor of a block of flats which stand on the site of the long gone Withymoor Brick Works. 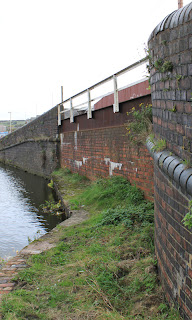 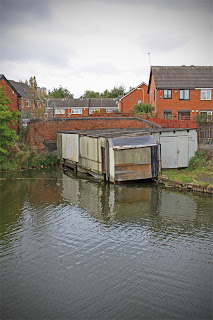 Withymoor Arm entrance, and winding hole opposite
The initial 200 metres of waterway will lie beneath some old workshops,  and its passage beneath St Peters Road can be identified by a slight rise in the tarmac, but that's about it. The water level had to be the same as the main line, so either the land has been reduced, possibly bulldozed into the old clay pit  which is now a recreation ground, or the canal ran on an embankment which is probably the most likely solution. 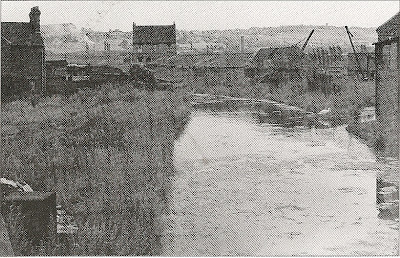 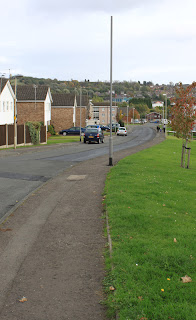 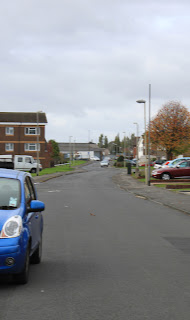 Derby End Road - beneath the line of the canal

Just over to the north you can see the Dry Dock pub, sitting beside the base of the new embankment. There is no trace of a dry dock today but a close inspection reveals a brick structure opposite the Bumblehole Turn, so the new line may have passed through an old dry dock. 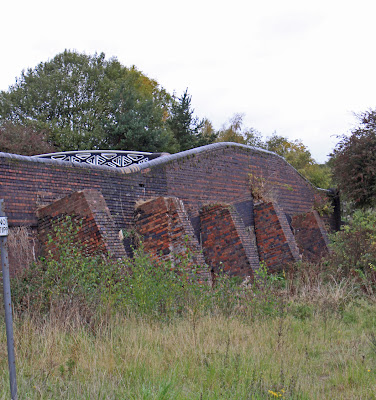 This is all supposition and working out exactly what happened where is almost impossible. But that's the fun of the game. Can anyone out there shed any light on the origins of this arm?
Posted by Andy Tidy at 6:00 am

Just been listening to you on Radio 4
https://www.bbc.co.uk/iplayer/episode/b00vc55y/Classic_Serial_Moby_Dick_Episode_1/