I have been hankering after a look at the Pensnett Arm for ages, just waiting for a suitable time when I could explore its mysterious length. 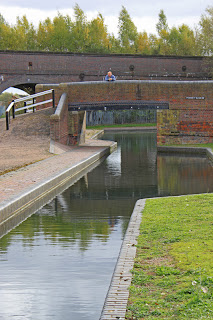 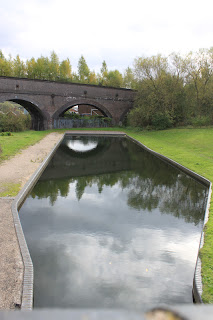 Start of the Pensnett Arm

This is an unusual canal in that it was always in private ownership, built by The Earl of Dudley in 1840 to connect his mines to the main canal at Parkhead and the Dudley Tunnel. It's no long, less then 1.5 miles running parallel, but four locks higher than the Dudley No 2 canal before veering off and stopping just short of the Fens Branch.

The canal offered a quick and easy method of transporting coal from his Estate Colliery and was a big success. Profits were further boosted by a policy of demanding that when ironworks were built of land leased from him , some of their coal had to be bought from his mine. It little wonder he became a wealthy man. And why Lord Wards Canal? Ward is the family name of the Earl of Dudley. 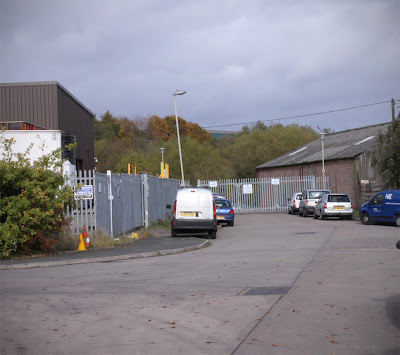 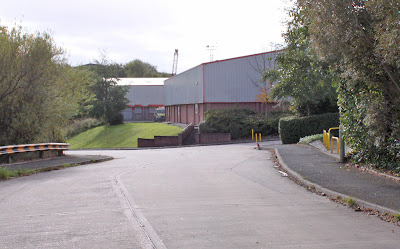 Pensnett Canal leaves Crackley Way
The canal remained in operation well into the 20th century, only closing in 1950 but because it was not in BW ownership access is difficult. 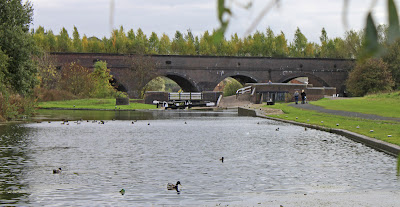 Pensnett leaving Parkhead
The canal starts from the Parkhead basin, with its first 200 metres to the railway viaduct cleared and navigable. From there its line is buried beneath Crackley Way and its associated factory car parks. The line and the level are apparent if you know what to look for but there are no clues on the ground for the casual observer. 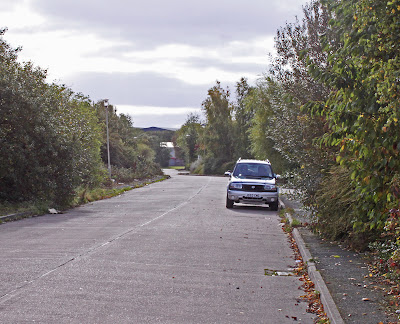 
The line holds true to its contour as Crackley Way drops down to Peartree Lane, the route now buried beneath modern warehouses only to re-emerge at the site of Blackbrook Bridge - now demolished.
Posted by Andy Tidy at 6:00 am