North Walsham and Dilham canal back in water

My last post was referring to the North Walsham and Dilham Canal between Ebridge Mill and Bacton Wood Lock, nearly of a mile which has been returned to navigable standard, and largely due to the passion and commitment of Lawrie (may be spelt wrongly) who bought the stretch of canal plus Spa Common Mill, and has initiated a massive effort to bring it back into water. 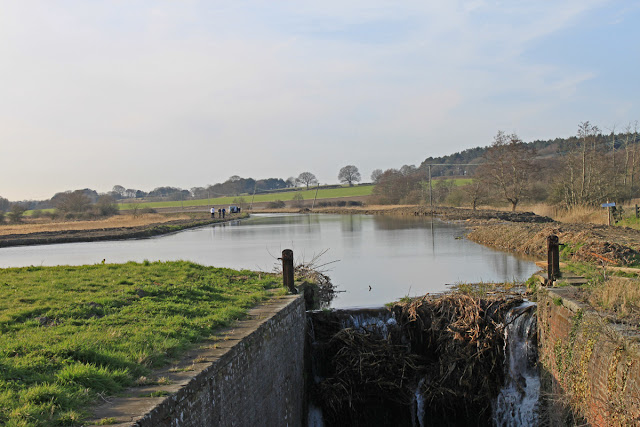 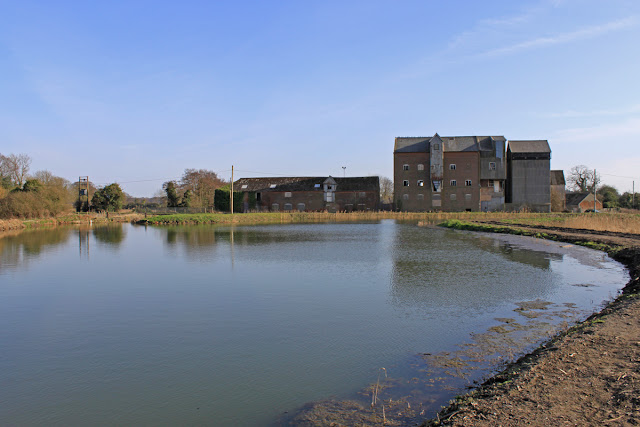 Ebridge Mill 2012
I have watched the restoration of the area around Ebridge with interest over the last couple of years, and last time I visited the mill pool had been scraped out and dredger Weasel lay aground on the mud. Imagine my delight when I drove past recently and realised that the pound was lapping at full weir height and a clear channel stretching out to the distance. 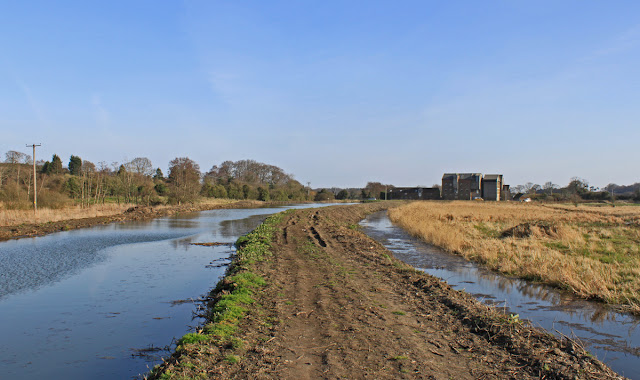 Approaching Ebridge Mill
I couldn't let the opportunity pass so I hastily abandoned Matilda in the car and legged it down the towpath to see the extent of this miracle. After about 1/2 mile I came to a huge pontoon moored on the channel and evidence of a lot of recent work, but oddly it wasn't quite finished and a few leaks into the surrounding water meadows were apparent. 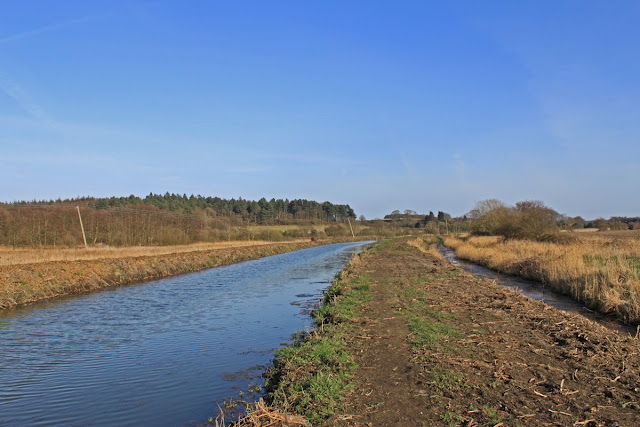 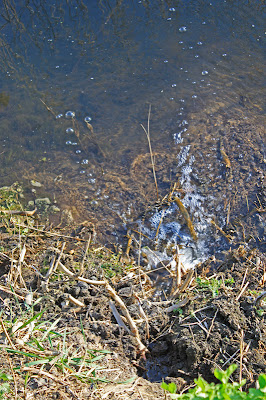 One of several leaks
I stopped, admired, took photo's and then engaged with Lawrie who drove his truck down the towpath to check on the leaks.
It seems that the dredging work was approved by the Environment Agency but they suddenly has second thoughts about the changes being wrought to the local Hydrology and slapped a stop work order on him - so everything has ground to  halt. He cant even drive piles into the bank to stop the leaks! The project is now at an impasse, and litigation looms. 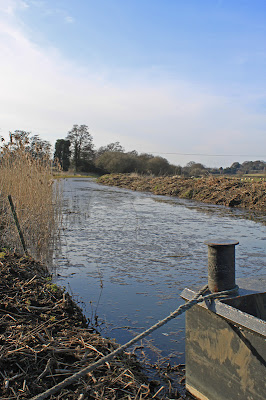 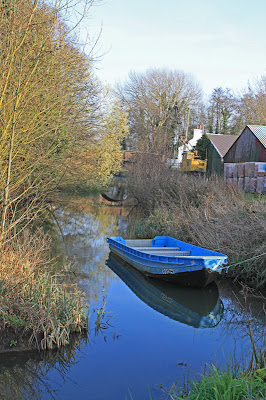 Approaching Spa Common Bridge
This is all a huge shame and terribly short sited on the EA. Within 12 months the scars of the dredging exercise will heal and the leaks will be plugged and the area will be left with a lovely new tourist attraction. At the time of my visit a dozen people were wandering round and having a good look at the canal, the first time it has been navigable in 90 years. 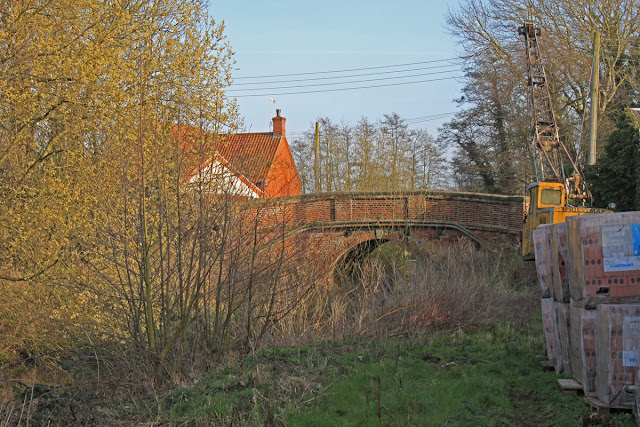 Spa Common Bridge
Just imagine this place when the lock upstream is complete and the canal is navigable to Swafield, about two miles distant. It is begging to have a trip boat moored at Ebridge and I guess that 10's of thousands of summer visitors would flock to the canal ever year - what an amazing shot in the tourist arm for North Walsham is only they could capture a vision of the draw it could represent.
I mentioned Bacton Wood Lock to Lawrie and he enthusiastically invited me over to take a look. More of that in another post.
Posted by Andy Tidy at 6:00 am