Shropshire Canal
Coalport
April 2012
April 1st, and my last post in the Shropshire Tub Boat Canal series! Hurray I hear you all cry - enough pictures of overgrown ditches - lets have some more of your "nice" canal photos... 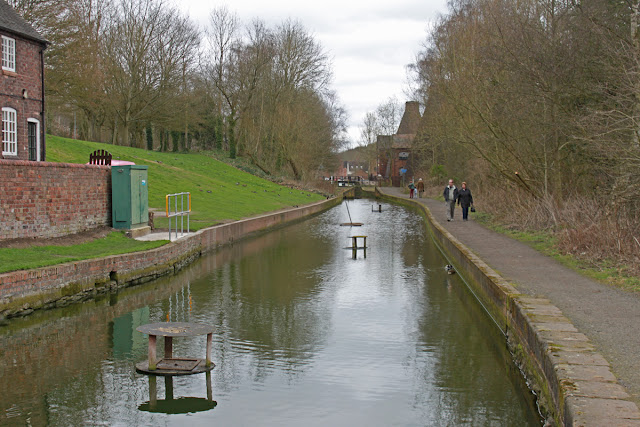 Restored canal at foot on Hay Incline
Well, by the time you read this we will be on our way to Llangollen so its back to the summer boating routine. However, this series has been six months on the making, three planning and assembling the maps and three doing the field work / write ups. At least its kept me off the streets for the winter. 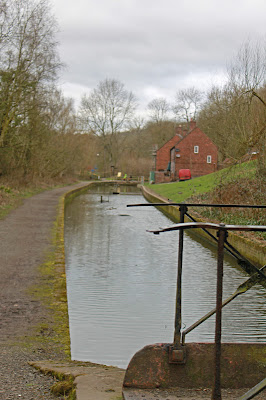 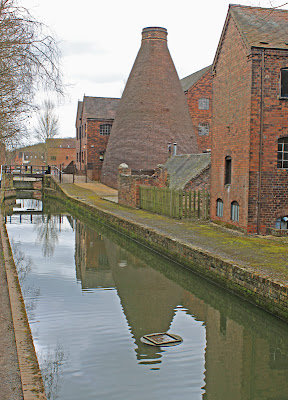 Past the China Museum
The Coalport section of the Shropshire Canal offers a final hurragh for the canal hunter. The section at the bottom of the Incline was put back into water in the 1970's and this section runs into the China Museum site, all very pretty. 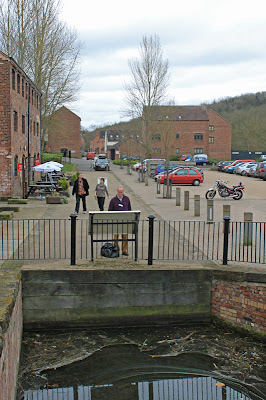 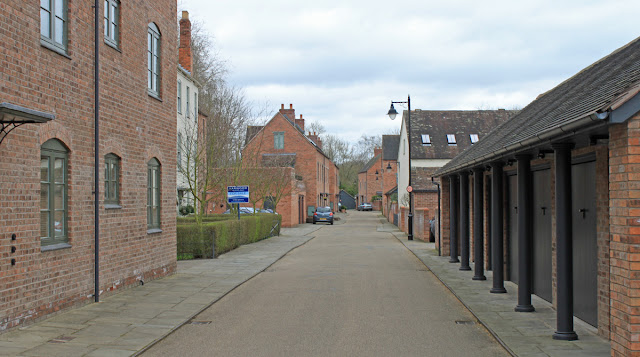 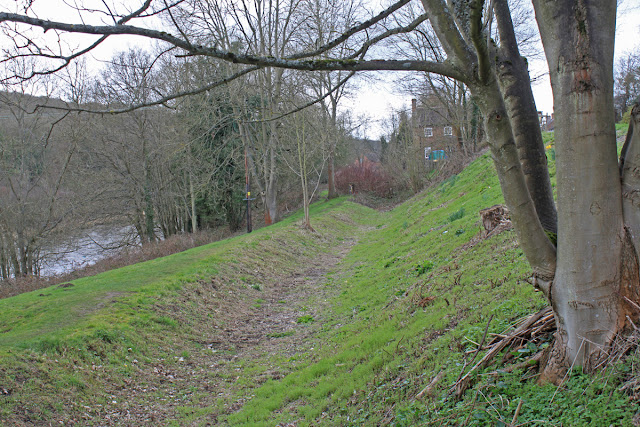 The dry ditch approaching Coalport Bridge
This low level canal avoided the fast flowing section of river and craft initially accessed the river at Coalport Bridge via a short lived lock. This was later replaced by a self acting lift where goods were transhipped into larger river worthy trows. 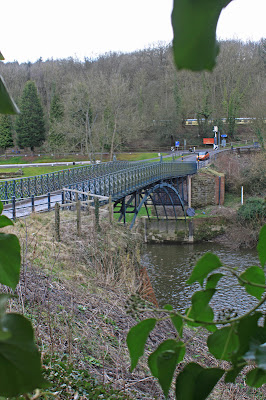 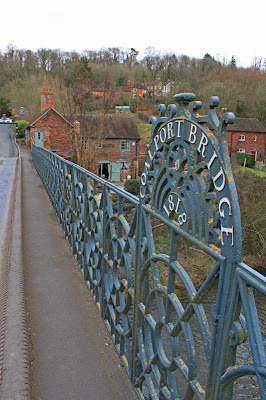 This has been a very interesting series of posts, such a lot of work, it needs to be published, maybe in one of the Canal mags or included in a Shropshire guide book.

Your series this winter has been absolutely facinating, I have loved every one of them.

Gosh, it makes you wonder just how many canals there were crossing the country, and all the little arms branching off, it must have been a very busy period in those years.

But it is thanks to them that we are all cruising what is left and of course what we can rescue from what isn't.

What a legacy for future generations.. For sure "Save our Waterways"

It's been an absolute treat, Andy. Thanks for all the effort you've put into it. I look forward to the next series, wherever that might be.

Great series you wrote, very enjoyable to read. Thanks a lot of the enjoyable minutes every second morning .

Well done Captain - a fascinating series that's certainly kept me engrossed all Winter - and spurred me on to look more carefully at the environs of our remaining canal system... as you've shown, there's canals in them there woods!