Last week saw me off on another continental jaunt which included both Brussels and Amsterdam.

Brussels was nice enough but it has nothing like the appeal of Amsterdam, with its intricate network of canals radiating out from the city centre in a series of ever widening arcs. 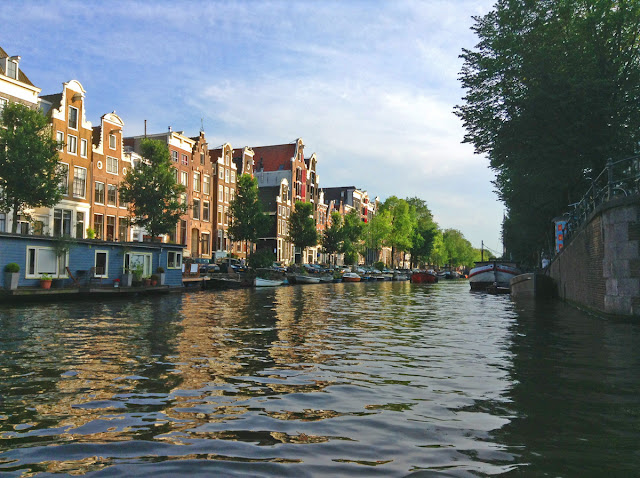 I had never visited the city before and was immediately seduced by its old world charms.

Having arrived on the Thalys (high speed train) I entered via the central station and decided to walk to the hotel, a couple of miles away just outside the fourth canal. This walk gave me an opportunity to find my bearings and get a feel for a cross section of the city. 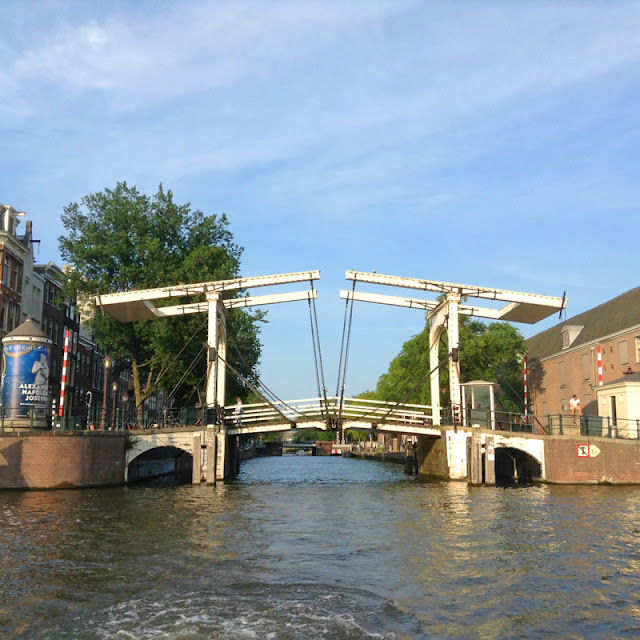 Of course, there was the small matter of business to attend to but lets not dwell on that! 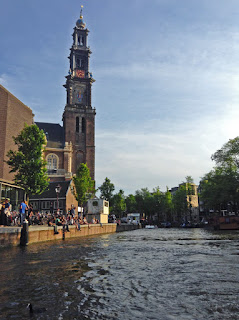 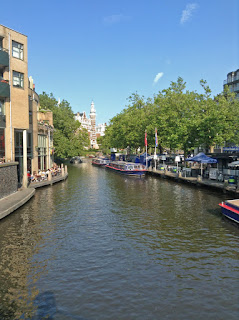 On my second evening I wandered over the road from The Park Hotel, minding out for the pink pavements which are the province of the bicycles which throng the city. I bought a ticket on The Blue Boat Cruise company and, for just over £10, I secured a seat at the stern of the boat and watched the old town slip bye  on a balmy summer evening. 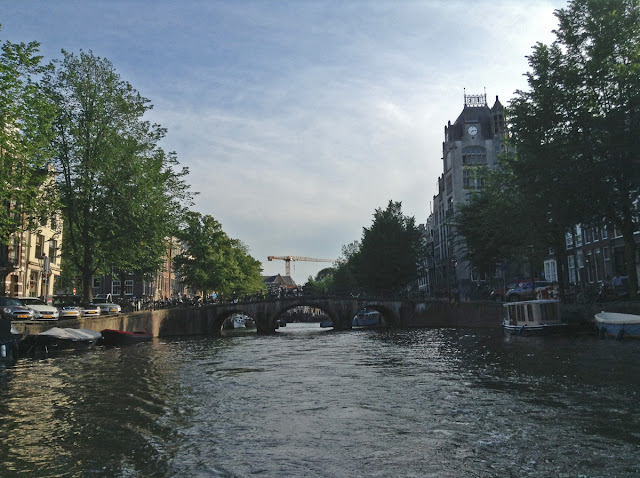 By sitting outside I did get come good images on the i-pad, but had to forgo the commentary so I didn't pick up much of the local history. Never mind, having whetted my appetite it means there is a reason to return to this wonderful city.
Posted by Andy Tidy at 10:45 pm