I always knew I would come across Roach, and this weekend was the time! 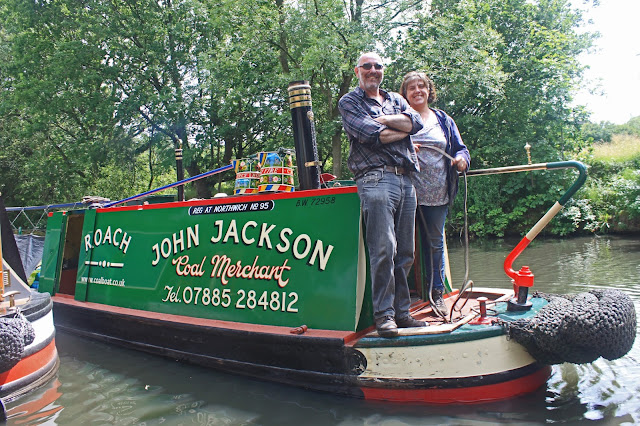 You see, I unashamedly copied their cratch plate when I had The Jam Butty painted and It was a little bit of nervousness that I approached Worcester Bar on Friday and passed John Jackson with Roach literally loaded to the gunnels with coal destined for Lyons Boatyard on the North Stratford.

I needn't have worries because John admitted that Roach was copied from the Ovaltine boats and he thought that the front of Montgomery looked very fine. 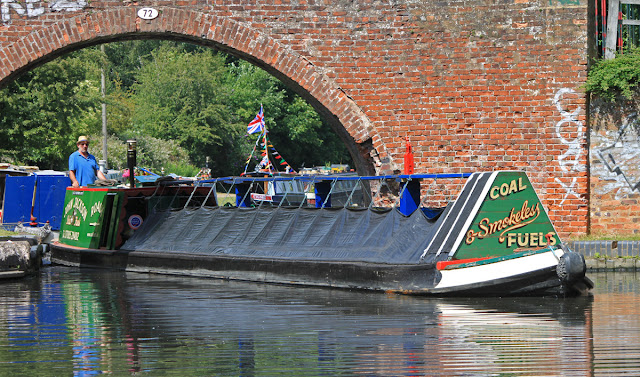 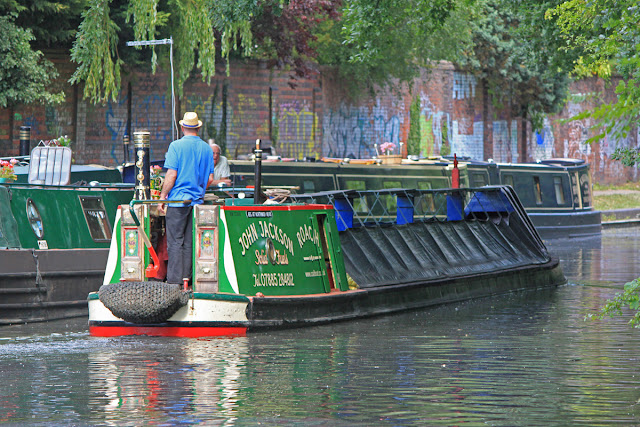 Roach was also heading for the Kings Norton Junction gathering to celebrate the 200 years anniversary of the Worcester Birmingham canal's completion. 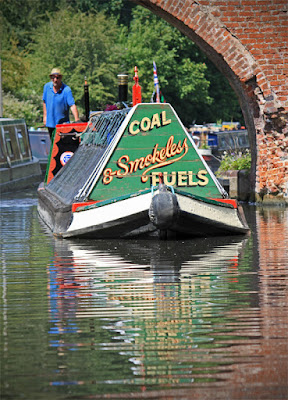 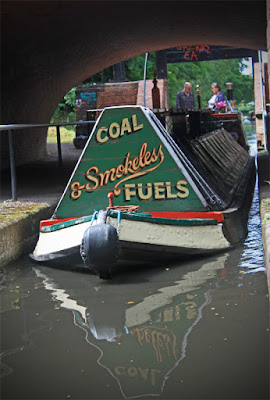 Long after we arrived Roach came labouring up the cut, sometimes ploughing a furrow in the silt band at other times bumping over the underwater obstacles. Even as she came under the junction bridge she stuck fast and needed a run up to break through and enter the junction itself. 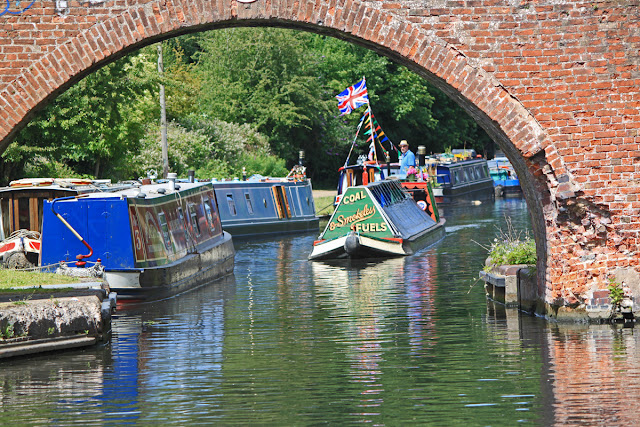 All this stopping and starting offered plenty of time for good photos and her departure on Sunday was no less entertaining as she ran into trouble passing through the Kings Norton Guillotine which is notorious for its mudbank at the Stratford end. After several attempts to get through we ended up with five people on the ropes and inch by inch she edged into the canal beyond, the water bubbling from her bows as a new navigation channel was established! 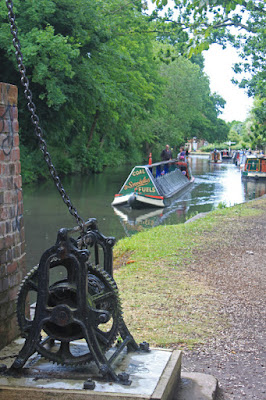 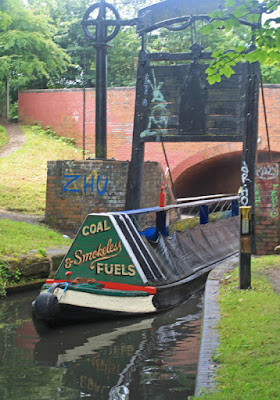 Its not every day you see a fully laden working boat moving on these waters and it was certainly a wonderful sight.
Posted by Andy Tidy at 3:54 pm