We are spending a few days in Paddington Basin and Little Venice relaxing and doing a bit of the tourist thing. 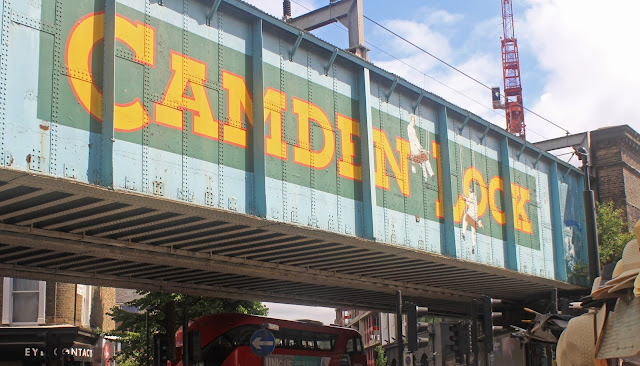 Monday was spent behind St Marys Hospital, the morning spent on the weekly chore of washing. Lots of our friends have proper automatic washing machines aboard but our limited power generation capacity and even greater limitations of space mean we have to adopt a more creative approach. We could use launderettes, but they get expensive so most weeks we get a small camping twin tub out of the butty and used the hot water from the engine to fill it up. Its only small, but is surprisingly effective. We do what our mothers used to do and re use the soapy water, starting with the whites, then onto the lightly dirty colourds and ending up with the heavy stuff like jeans or towels. Sure, the process requires a bit of faffing around, but it is all done in about 2.5 hours and then the spun clothes are pegged out in the butty, old fashioned boater style. 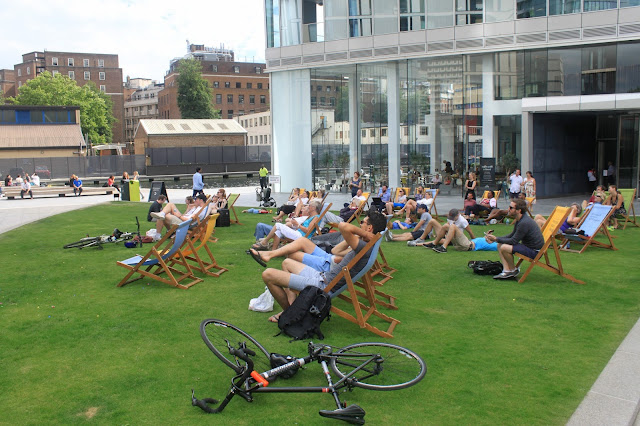 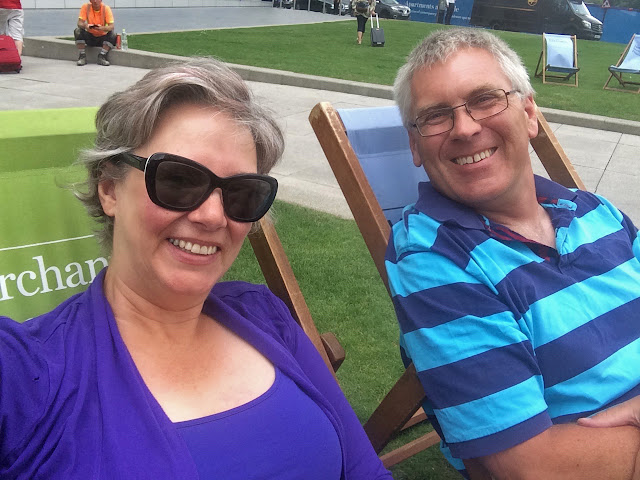 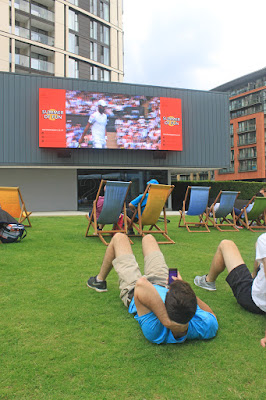 The afternoon was altogether more relaxing, watching Andy Murray progress to the quarter finals of Wimbledon on the big outdoor screen in Merchant Square. There were deck chairs on the grass and the proceeding was aided and abetted with several glasses of Pimms. 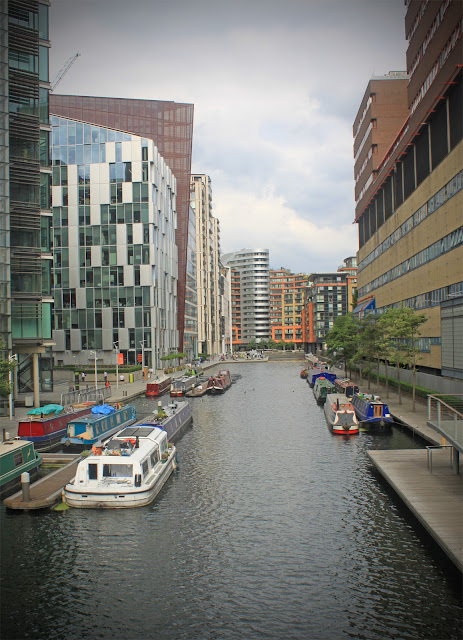 Tuesday morning, by contrast was spent writing (Andy) and baking (Helen). We have four nights on the booked moorings at Rembrant Gardens, Little Venice, so some 2.00pm we motored round accompanied by Helen's friend Mars, only to find two widebeams settled into the booked mooring slots. The widebeams were all shiny so I employed intimidation techniques and swung both boats alongside with a flourish and, as anticipated this brought the owners out in double quick time. They advised that their understanding was that the moorings were rarely used, in spite of being fully booked on line... Anyhow, they moved on in search of another slot suitable to fit two 60ft widebeams - good luck with that! The rest of the day was spent watching the forecast rain fall, lashing the surface of the basin and drumming on the roof of the boat all night. 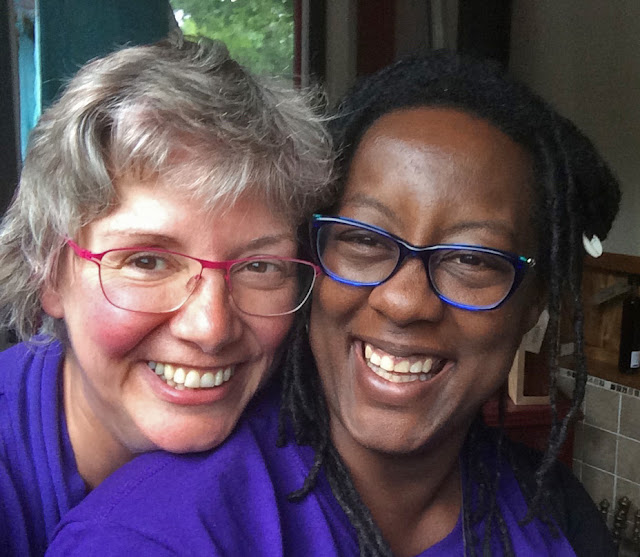 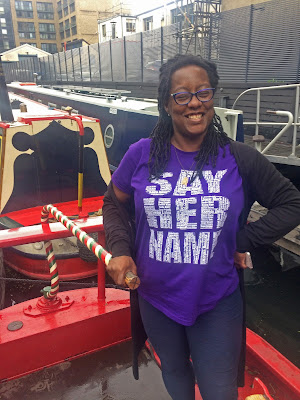 The ever shy Mars Lord!

Wednesday was spent visiting Camden Lock Market, somewhere neither of us had ever been before. We consulted Google maps and determined that it was a 50 minute walk following the towpath through Regents Park. We arrived before the market had really got going but this meant we could explore without too much bustle. The place is a veritable warren of tiny stalls selling just about everything you would never need, unless you are into Steam Punk, Goth or Mod stuff in which case its heaven. With all the incense and barrel vaulted ceilings it was more than a bit reminiscent of the Grand Bazzar in Istanbul, but without the carpets of course. 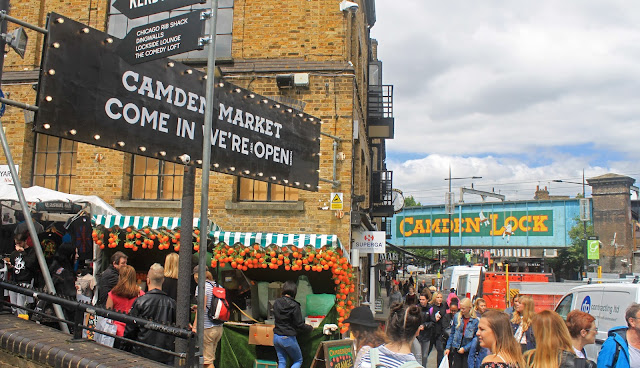 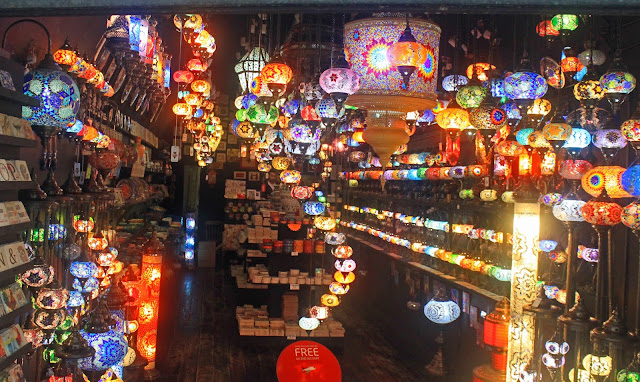 So did we buy anything?. Well, among the plethora of seemingly pointless dross Helen found some Stingray Doc Martin boots (no fish were harmed in their manufacture). The place also has a museum of Doc Martens and some fabulous exampled of their distinctive footwear across the decades. 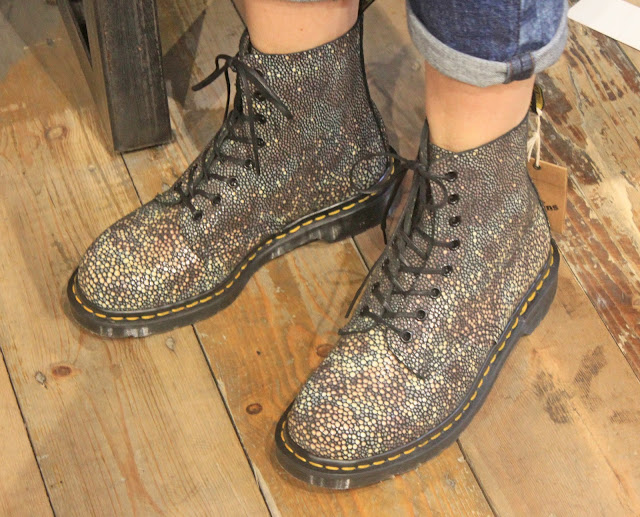 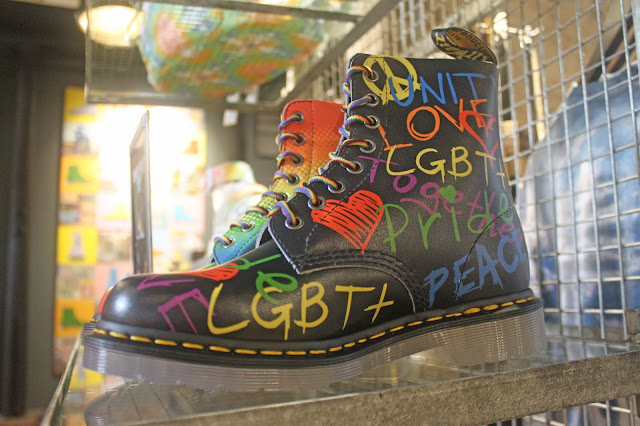 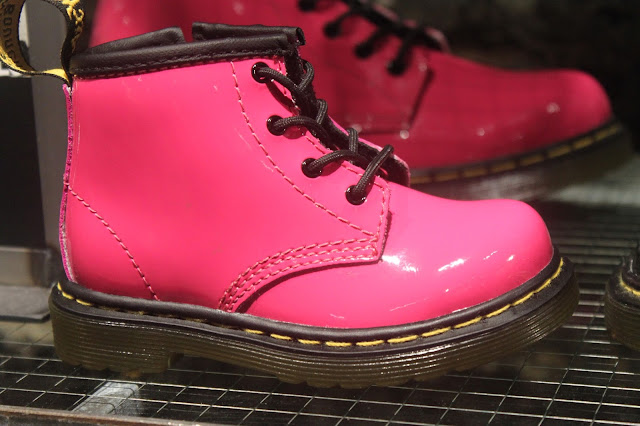 Doc  Martins in all colours and sizes

At a more consumable level we sampled and purchased a bottle of Half Hitch London Gin, which is part produced on the premises. It tasted great so that was another kilo to lug back to the boat! You will remember that the site experienced a significant fire on Sunday night and whilst one building was fenced off and being covered in scaffolding, the other 90% of the market was operational and unaffected. There was, however, a lingering tang of woodsmoke which wafted around, a constant reminder of the stalls which had been destroyed. 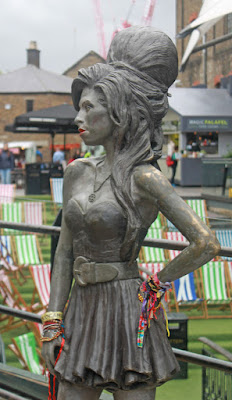 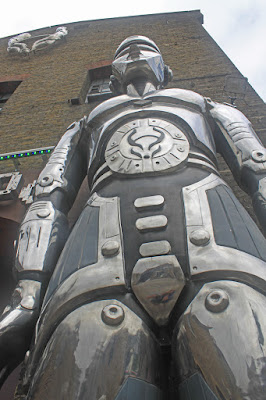 By then it was lunch time so we worked our way round the eclectic food yard and settled on some chicken Paratha wraps, and Indian dish which were different and delicious. This was finished off with some Churros, Helen's dipped in chocolate sauce and mine embedded in ice cream. 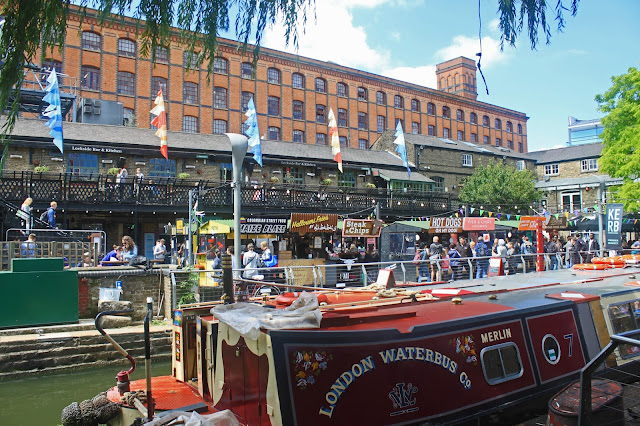 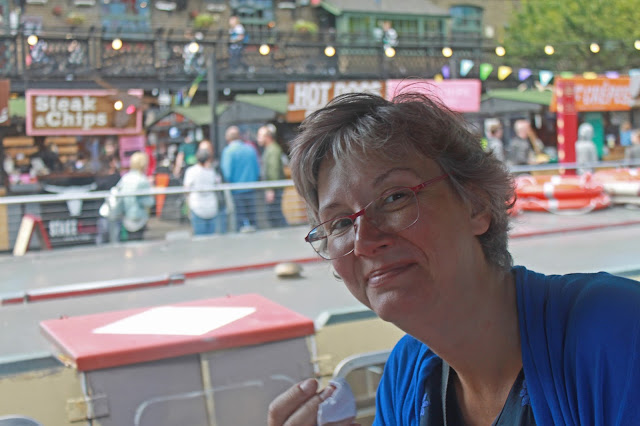 Lunch options in the food square

Come 1.00pm we had seen enough but were reluctant to slog our way back along the canal. Then we had a brainwave, rather than used "normal" public transport, why not use the Waterbus which plies between Camden Lock and Little Venice, a service we had been watching shuttle back and forth for the last few days. And so we had a busmans holiday and viewed the Regents Canal from an old Harland and Woolf craft from the 1930 (Large Woolwich?) and was dropped back immediately opposite our pair. 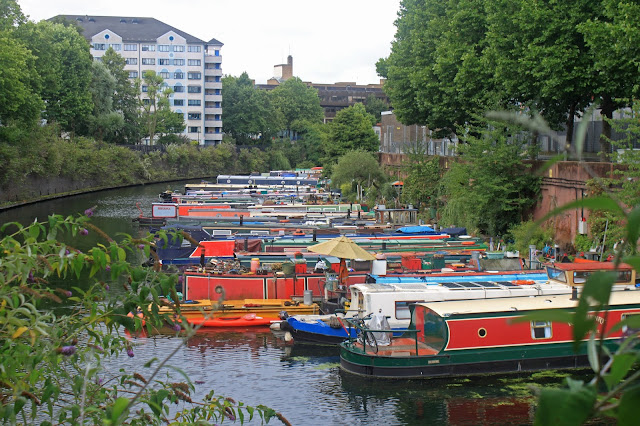 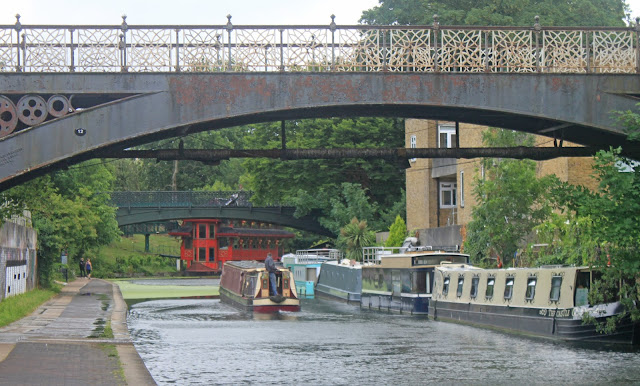 If it was Water Ouzel, then that is the small Woolwich formerly known as Sun. I think that's the only Woolwich in the Waterbus fleet.