Back to Brum
September 2017

Monday dawned drizzly and damp but progress had to be made so I was up and away by 9.00am.


If I am honest the long drag up the North Stratford from Dickens Heath is a bit of a trudge, with the shallow canal making for slow progress and the narrowness of the navigation channel making passing difficult. It's at times like this I resort to my trusty i-pod supported by the rather amazing Bose earphones which both block out the rumble of the engine and offer a great sound quality. On this occasion it was two Dido albums and no doubt the passers by were startled to experience my unaccompanied rendition of the same! 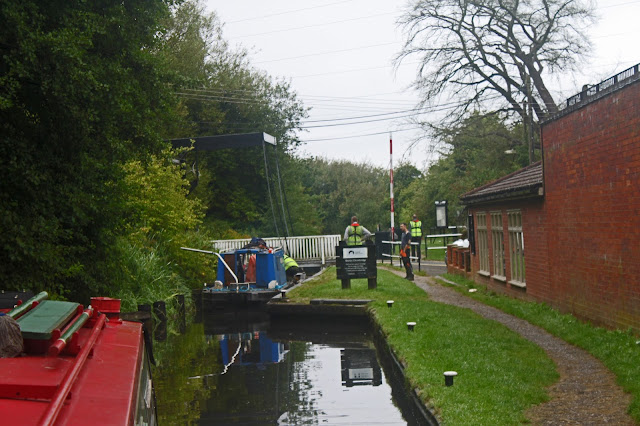 I handn't been going for more than an hour when the canal suddenly stank of diesel and then around the corner some CRT contractors were unloading a load of logs into the hedgerow. The work boat clearly has both a leak and a diesel soaked bilge. The guys were cheerful enough and given our relative speeds I let them past twice (the second time when they picked up a small pontoon). I was more than a bit surprised to see them again 30 minutes later with the work boat moored on the jaws of the Shirley lift bridge. It appears that they didn't have a BW key so figured I would be along in a bit and used mine instead. I have to say it made negotiating this particular obstacle a whole lot easier.


Entering your home town is always a pleasure because you start to see familiar faces. As I approached the tap at Warstock I was thinking about the Halfies and their overstaying issues earlier in the year. And so I turned the corner and there was Jubilee moored up inviting another e-mail form CRT! Sadly the boat was empty and John and Jan were no doubt attending to their property in the area. I pulled in for water and was immediately asked for three jars of preserve, which I duly dispensed and then a chad like head and hands appeared over the fence opposite which is home to Angela and Wayne Attwood (Caggy). I received an update on the progress of the Caggy repairs form Angela and promised some of the new Sunshine Plum Jam at BCBF at the weekend. I have been needing a gas cylinder for over a  week but  there were none to be had on the South Stratford. I therefore had high hopes for Lyons Boatyard who did have some in their cage, but they are closed on Mondays. Grr. 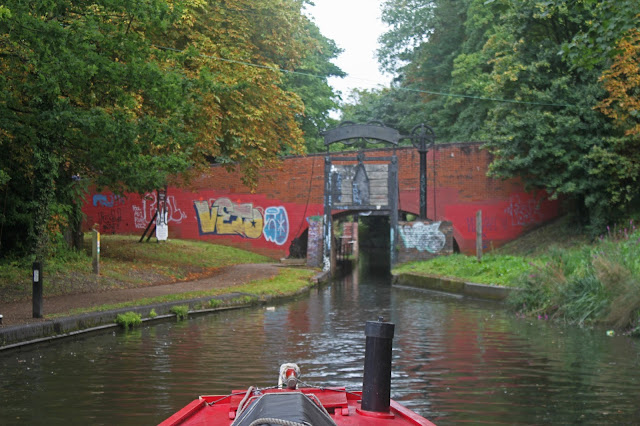 
I eventually emerged at Kings Norton Junction at about 2.30pm, blasted my horn and nudged round into the Worcester Birmingham, heading for town. I was part way through my manouver when a blast came for the Netherton Tunnel side and there was Harnser, making its way to Bournville for an overnight stop. 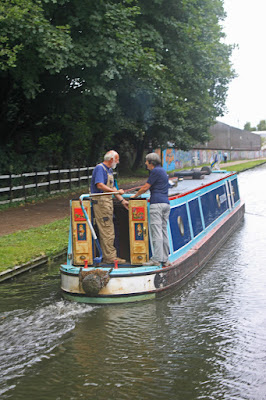 The plod into Birmingham was entirely predictable with no other traffic on the canal. Peter's mooring at the university was empty as he has already gone to Netherton and so I was left to my thoughts. The elsan point at The Mailbox was visited and a further three jars sold. I am always struck that so often I sell preserved just as I am tying up....

And so I slipped into Nick and Victoria's mooring at the rear of Symphony Court, packed up and legged it to the bus for Aldridge and a couple of nights at home. Not that it will be quiet - I have a huge quantity of Damsons to pick, stone and freeze ready for use this autumn.

Sorry for the lack of pics - I left the camera on the boat!