After yesterday's rains the ground was awash and the Trent had risen and was flowing fast at Great Haywood. 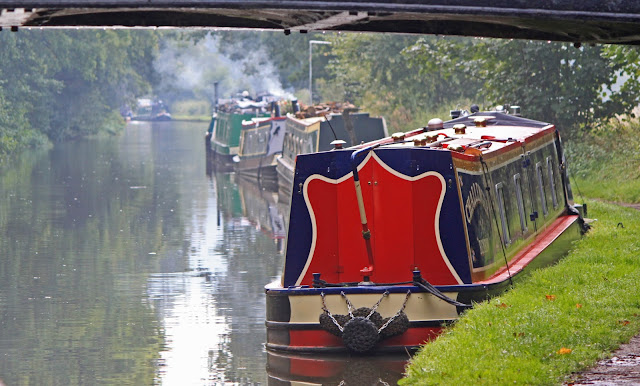 I sloshed my way back to the Elsan point at Anglo Welsh and was dismayed to discover a huge pool of non or ultra slow draining slurry in the ground level pit. It was unclear if this was due to misuse or, more likely, the holding tank had filled with storm water. I didn't envy the Anglo Welsh employee who would be charged with solving the problem.

We were off and away by 9.00am, dropping through two locks on our short hop to Rugeley, our destination for the day. The run was pleasant and the warm sun in my face made me realise just how long it was been since we cruised beneath anything but leaden skies. 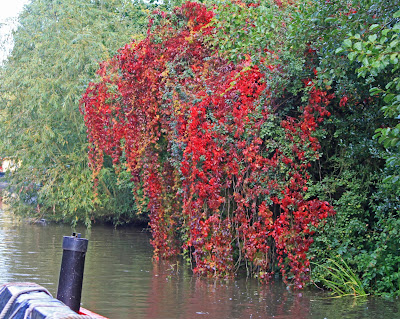 In all out years of boating we have passed through Rugeley many times but we have never actually stopped on the visitor moorings. But today all that was to change as we had several bits of business to conduct, the most important being to meet a writer for Camping and Caravan Club magazine. 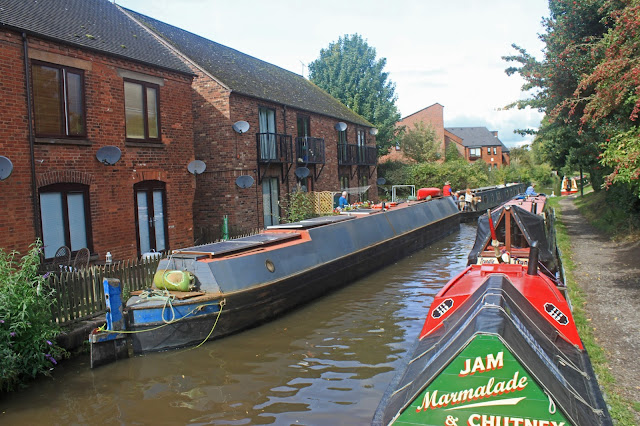 They have got a bigger butty than us!

We arrived in time to do a shop at the adjacent Tesco store, have lunch and then I took the washing across town to the launderette. You seem to meet the whole world in launderettes which is one of life's great levellers, as we gather to watch out smalls dance their merry way to cleanliness. On this occasion I was joined by a gentleman who emanated a steady whistle and duly introduced himself as "whistler". It turned out he was also a boater and in our ten minutes together provided a potted life history of his years on nb Sawdust. 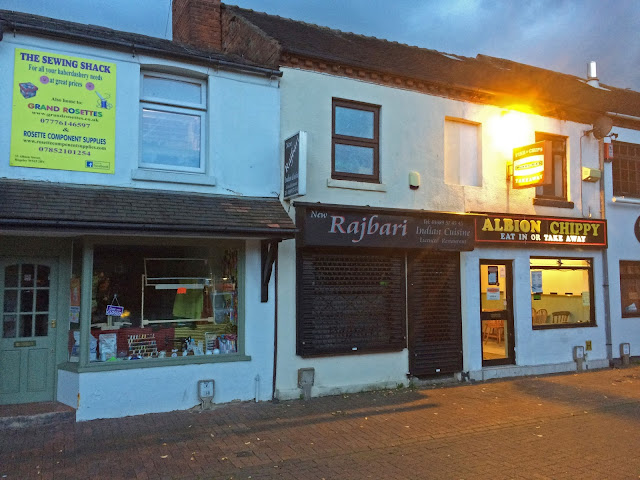 I returned to find Helen in deep conversation with the writer, Ali Ray and we spent a pleasant couple of hours exchanging foodie related stories, as well as discussing the important matter of Artisan Gin manufacture. I think she said that we would feature in their October or November edition, so hopefully we will get to see a copy in the near future.

By the time I got back to the boat Facebook announced that I had been spotted in Rugeley High Street, following my phone on the way back to the boat. These Google Maps on phones are great, just as long as you can keep a signal. Mark and Justina (Grand Rosettes) had spotted me passing their new haberdashery shop which, by co-incidence, is almost next to the Albion Chippy who produce very nice and reasonably priced fish and chips.