I have to admit that I am less than excited by the Grand Union as it climbs from Hemel Hempstead to the Tring summit. The locks come thick and fast, but are rarely close enough to walk from one to the other. They just keep coming and on a hot day the dozen from Boxmoor to Berko were more than enough. 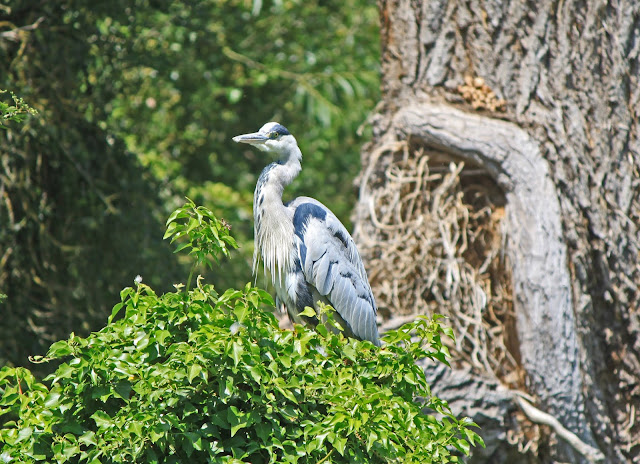 Heron on the Tring Summit

We were a bit slow setting off from Hemel and were a bit surprised to hear from a passing walker that the next lock was broken and that boats were all backed up. There were no notifications from CRT, but it was true we had not seen any coming down, so we phoned them and were told that there were no reported issues. We set off and the warnings turned out to be a load of codswallop. All was fine, although many of the bottom gates had huge gaps and were tricky to fill. I suspect that this is another issue associated with lock mistreatment we have seen so much of recently. 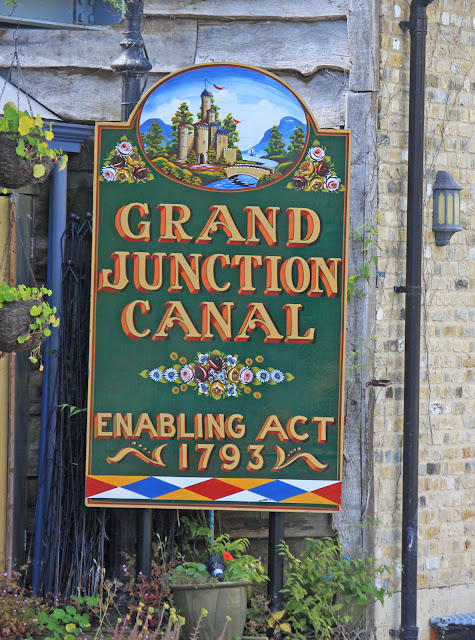 Most of the locks seem to have leaky walls, and many bear notices asking that they be left empty, which seems a huge waste of water.


For some reason there seems to have been a sudden proliferation of moored boats in the area and moorings in Berkhampstead they were in short supply. We managed to bag a spot near the Waitrose drop off point, which meant we were convenient for a few emergency supplies, at premium prices. Its a good enough spot to moor but Berko is rather blighted by the West Coast Mainline which runs close bye and the high speed trains slap past every few minutes, day and night. 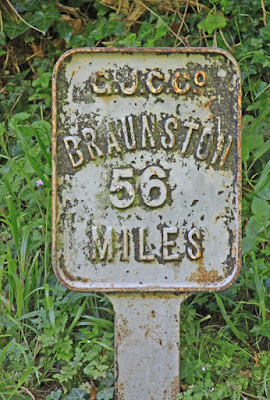 The last leg up to Cowroast was more of the same - locks every half mile with instructions to leave them all empty. The last two pounds were easily the worst, this the pound between the Dudswell locks being so shallow we had trouble even getting over the cill, with the water over 2 feet down. As it was we had to run water to free ourselves from the mud, and this was having an impact on the next pound up, with the moored boats all starting to lean over. We made it to Cowroast and were surprised to fee the summit at weir level, so I ran some water down for 10mins to east the shortage. 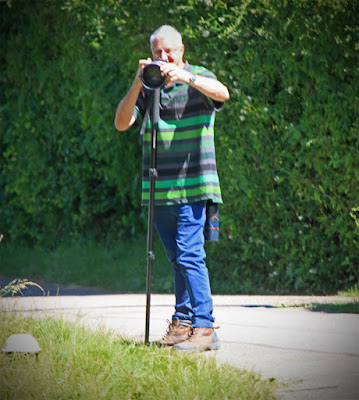 The butty always attracts the photographers

The summit pound passed in blissful shade, shielding us from the relentless glare of the sun shining from a cloudless sky. 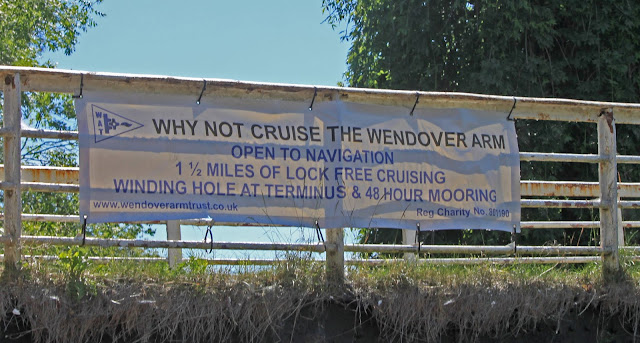 Onto the Wendover Arm

Our objective for the day was to travel to the end of the Wendover Arm, a short stub we have never travelled before, and the first and only new water this year. It is a delightful little backwater, but not one to tackle in a deep boat if the water levels are down. We followed its winding course for the full 1.5 miles its in water and could have moored on the towpath side near the winding hole.  But as it was very hot and we really needed shad, we found a likely spot next to the pumping station. 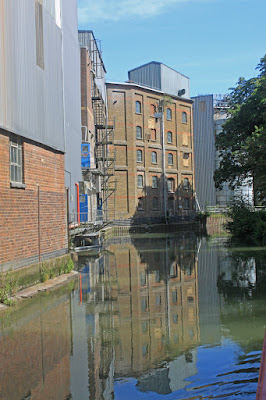 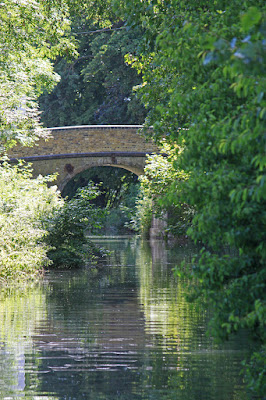 Contrasts on the Wendover Arm

Like the Aylesbury Canal at the bottom of the hill, the Wendover is a lovely little waterway. Obscure and well off the beaten path with some cracking rural moorings at the end. The navigation notes suggest that wide beams are best avoiding what is an incredibly narrow channel, and I very much doubt the a wide beam could pass a narrow, let alone another wide. 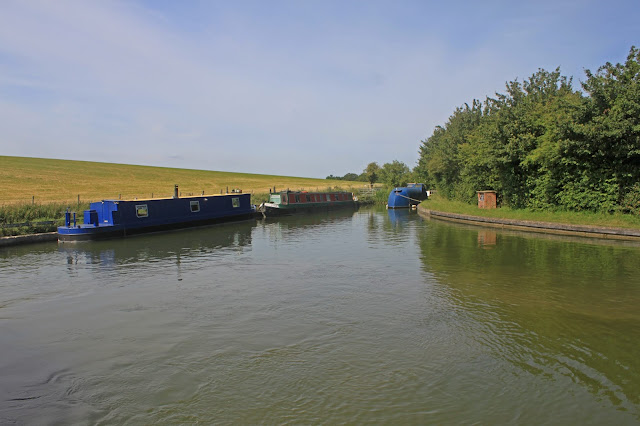 The end of the road

Having found a nice spot we plan to stay here for a couple of nights and spend a day exploring nearby Tring.

You must visit the Natural History Museum in Tring.

We did indeed Steve!