It's funny how sometimes things just come together. 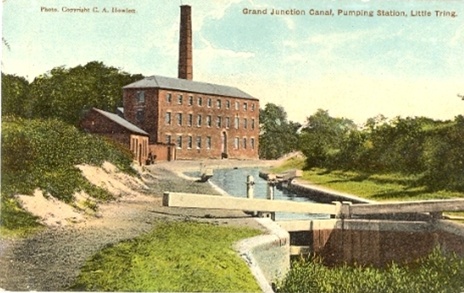 Tringford Engine House as it was

We decided to spend a couple of nights on the Wendover Arm and in our search for a bit of shade, ended up mooring just between the stop lock and the pumping station. As we sat here Helen looked at the water streaming out and observed that "Tringford Pumping Station is a "thing", isn't it"?. Now I have to explain that this is one of her few lapses into contemporary speak (she prefers to get down with Shakespearean yoof lingo) and a "thing" in this context is something of significance. 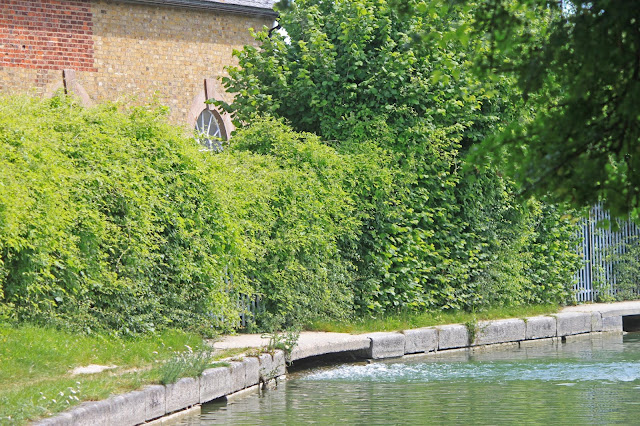 The end result flows into the canal

I immediately pricked up my ears and observed that she must have been reading my "Canals and Canal Architecture" booklet by John Vince printed in 1973, which has been laying around the boat for the last couple of weeks as part of another project. This ancient booklet has a section on pumping stations and the example used is all about Tringford. No, she responds in a "you must be a bit soft in the head" tone - it just pops up every time I look at the on line map. 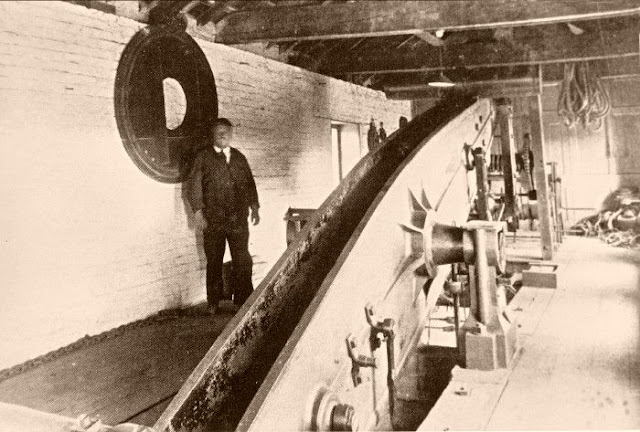 The beam engine at work in Tringford

Well, the fact is that the pumping station at Little Tring was, and remains a "thing". Water is the lifeblood of canals and here on one of the two summit pounds of the Grand Junction Canal (as was) it was in particularly short supply. The main purpose of the Wedover Arm was to tap into a significant spring in Wendover, over six miles away from the summit pound. Access to the vital water from Wendover was important, but on its own it was not enough to maintain a constant supply of water to the canal. So a series of reservoirs were built at Marsworth, from which water could be pumped up to the summit pound when necessary. 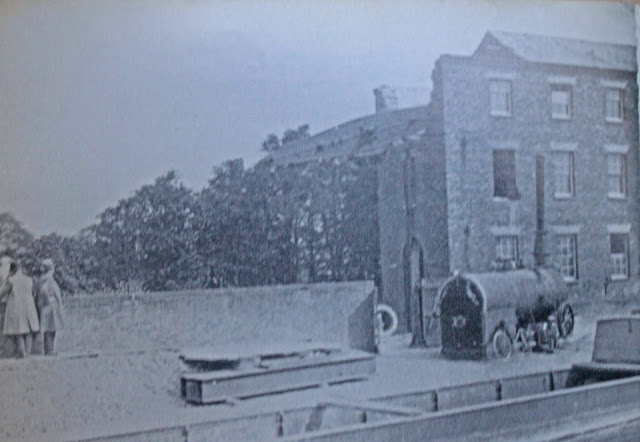 And thats where the Tringford Pumping Station came in. Right from the outset a big Boulton and Watt  steam was engine housed in a huge engine house, and the mighty beam engine worked tirelessly (and largely unrecognised) for over 100 years till it was replaced by electric pumps as part of the Grand Union improvements. 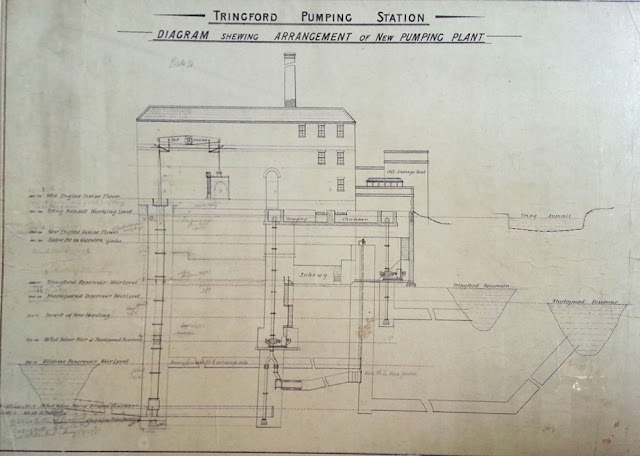 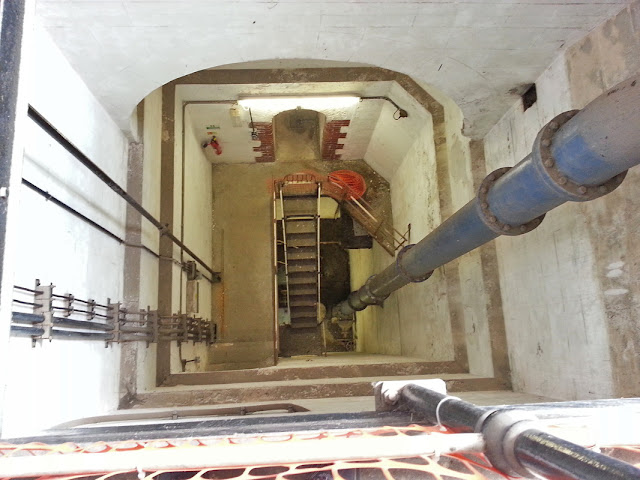 The shaft at the core of the complex

The booklet I was reading featured three photos of the engine house during and after its 1927 reconstruction. The old beam was extracted through the gable wall and the three story sash windowed engine hall was reduced to half its former height. The adjacent boiler house was also remodelled and its fascinating to take a close look at the brickwork which still bears evidence of the old bricked up windows. Time has bellowed the changes but the old black and white images serve to highlight them. 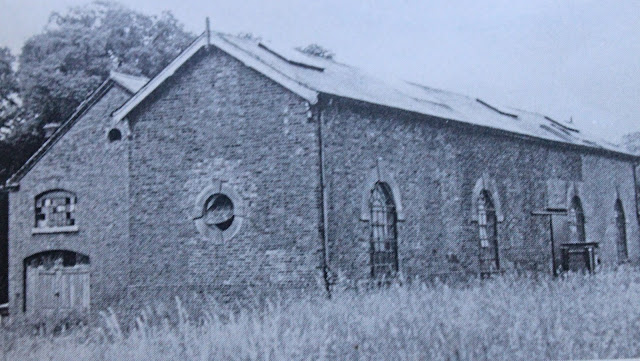 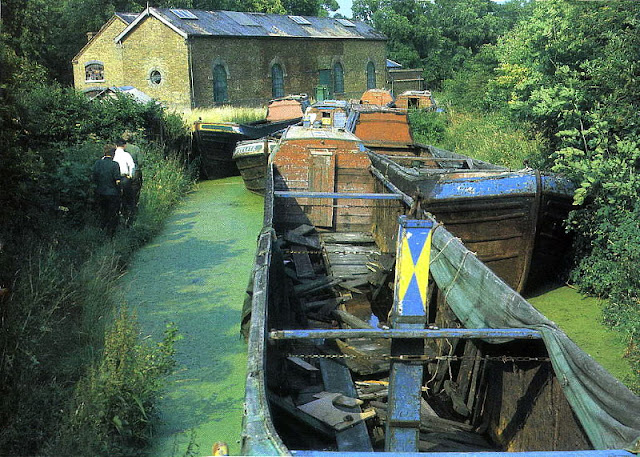 This engine house was a huge concern. Without it the Grand Junction would have dried up in summer and a team of staff would have worked here, feeding the boiler with coal and carefully tending the engine to ensure it never missed a beat. These days it is all automated and currently undergoing some maintenance, which will ensure it is spick and span for its open day later in July. 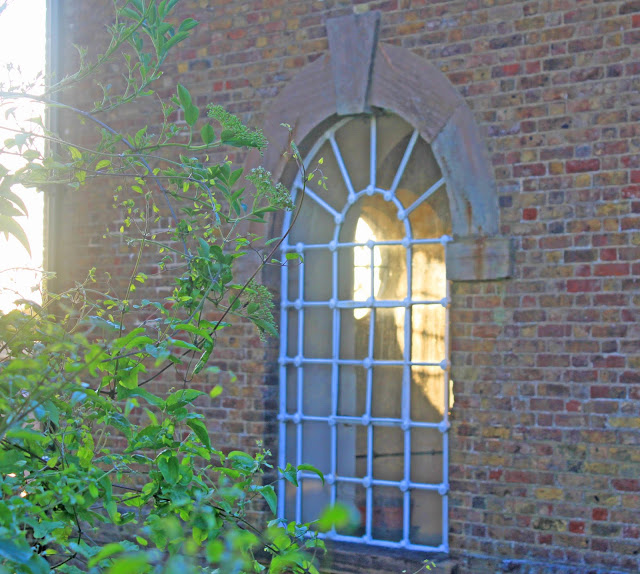 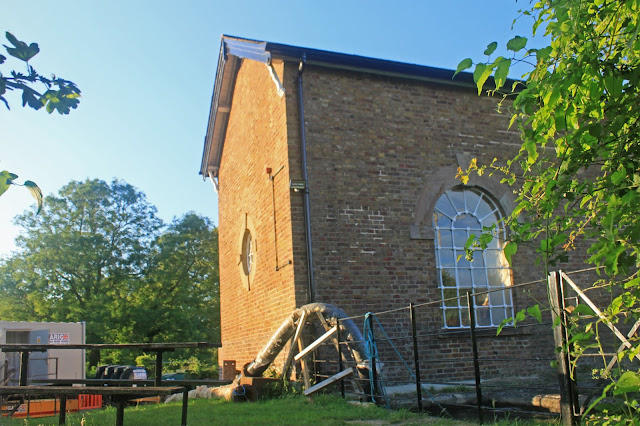 The western gable - the beam came out at the apex.

The Grade 2 listed site is absolutely not open to the public, and can only be accessed during a formal open days, but the internet is a wonderful thing and I managed to amass a good range of photos which show it as it was and how it is now. 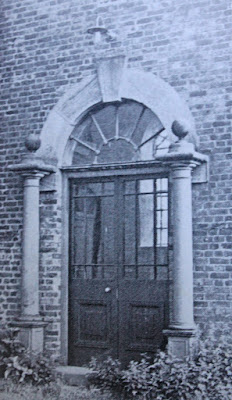 The front door, with pillars which used to support the gear assembly and the balls on top are from the speed governor.