The clocks changed to BST during the night and the new day brought another change in the weather. This time it was spring sunshine from start to finish and we had a leisurely start to the day rising at 10.30 am. The change in weather was accompanied by a sharp rise in the temperature and we roasted with the fire banked far too high. Jeff, being in the saloon got the worst of it and woke with his hair sticking to his head! We discovered an odd feature of this mooring – during the night we could hear, or maybe it was feel, a very deep sonorous thumping sound every 15 seconds. It is probably a ground water pump but in the deep of the night it was a bit unsettling. 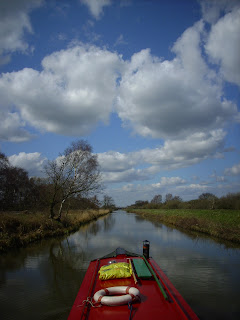 Our journey for the day was the short hop to Torksey, so we had another wander into Lincoln in the vain hope of finding a replacement rugby shirt for Dan to replace the on the Capt dyed blue in the wash. Lincoln didn’t seem to be into Rugby so we left empty handed. It turned out to be a big canoe race day in Lincoln with all manner of kayaks and canoes setting off along the Fossdyke from Brayford Pool. Dozens of categories of craft set off with the crews enjoying the novelty of spring sunshine. We finally set off at 1.30 pm and passed a few local boats going to and from the picturesque Saxilby, where we again saw the novice live aboard. I don’t thing his external generator will go down well with the locals… 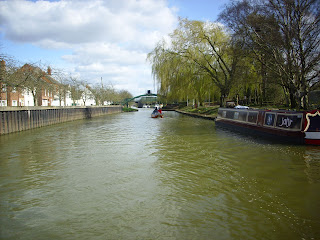 We revisited Barton Water Marina and took advantage of their assisted pump out for a reasonable £12.50 – but no bloo. We reached Torksey at 4.30 pm, giving the Capt time to empty he bilges of 3” of water accumulated courtesy of a broken weed hatch seal, and Jeff time for some fishing. 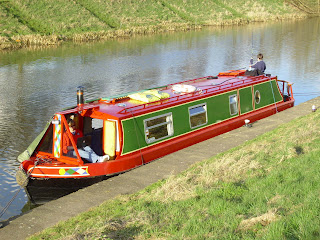 After 30 mins Jeff deemed fishing a waste of time so the Capt took over and promptly landed 6 good specimens, much to Jeffs chargin! 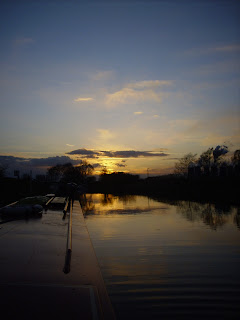 The day finished with a lovely red sunset, curry and a game of Monopoly during which the Capt killed off Jeff in the early stages courtesy of four houses on Mayfair! The Capt took pity on Jeff and left him to wipe out Belle whilst he withdrew to write up the log. These evenings are what boating is all about. 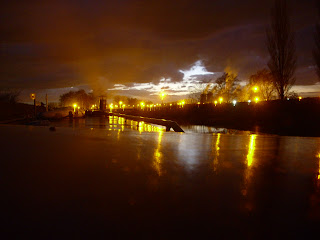 Tomorrow we return to the Trent at 9.00am at agreed with the Locky and then two days punching the current back to Nottingham.

Whilst I don’t expect to be back on the Fossdyke / Witham system again in the neat future, it has offered us nearly 100 miles of the most isolated cruising imaginable but have left ourselves the prospect of Kyme Eau, Witham Navigable Drains and the South Forty Foot for another trip.
Posted by Andy Tidy at 11:00 pm