Loogaborugga I hear you ask, where is that?

Answer, its the Kiwi prenunciation of Loughborough and I should know - we just spent the night moored in Loughborough town Basin with Sandra and Barry on Areandare (R&R). 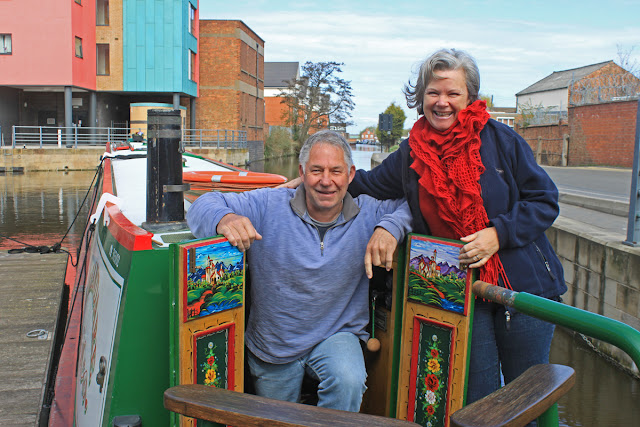 Its been great to see Sandra and Barry back on the water after a couple of years in New Zealand, safely installed on Areandare instead of Northern Pride. Hopefully this move afloat will be permanent and I think we can safely bank on seeing some more examples of Barry's great photography on their blog in the coming months.

After an evening of sampling Helen's fruit flavoured tipples and my home brew we settled in for a session of six handed rummy. I am pleased to report that the huge amount of intellectual effort I invested resulted in a predictable moral victory for the Capt - its all skill when you win.  Although I should credit Sandra with joint victory, if measured on points alone.

Sunday morning saw us wandering round Loughborough, eyeing up the homebrew supplies in Wilkinsons and generally sampling the ambiance. Its a nice town but a bit lacking in character if I can offer an opinion. That said, there are notable aspects to the town and lets start with the
canal basin. 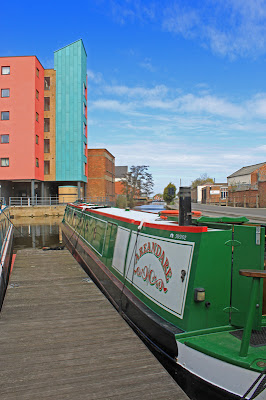 When we passed this way about two years ago the basin was a wilderness and nothing would have persuaded me to spend a night there. I eyed an uninviting stretch of water from the junction and thought nah - why would anyone want to motor along such a desolate strip. Now the area had been redeveloped and I have to say it is quite stunning and a modest sort of way. The arm is lined with apartments and flats and a Travelodge flank the basin itself, and Tesco is just a few hundred yards away. The pontoons are those very short ones which make mooring a challenge, but all in all is a good spot to spend the night and an easy walk into the town centre. 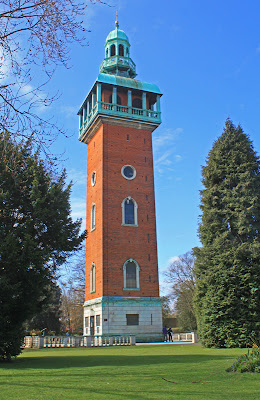 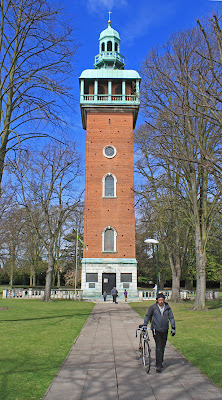 The other gem is Queens Park, complete with its Carrilon tower which celebrates both the bell making which was the town's main industry at one time, and also serves as an impressive war memorial. The town still makes bells, with John Taylor Bellfounders supplying both St Pauls in London and York Minster. The park is dynamic too, celebrating the Olympics with a tribute to the Team GB synchronised swimmers who were based in the town during the 2012 event. 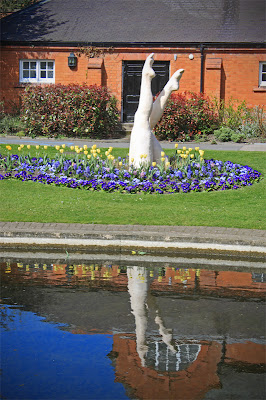 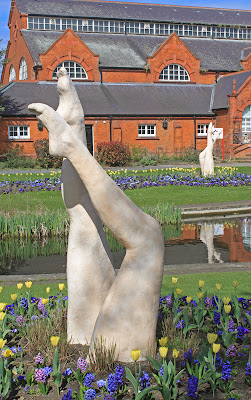 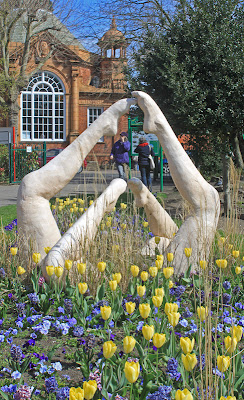 Then it was back to Mountsorrel on a windswept Soar, steering Areandare and putting her unusual engine and hydraulic transmission combo through its paces. All in all a great weekend seeing old friends, playing with a new boat and even a bit of new water (although it was only 200 yards long).

Here is a link the Barry and Sandra's blog.

I think I waved to you today, as we were moored ready for the show! Ruth and Richard nb Comfortably Numb and butty Echoes

Ruth - we are not there yet. Currently at Stourport wondering if we should go to Droitwich tomorrow (Thurs) or wait till Friday.