The Thames really is the king of rivers, majestically winding its way through the historical heart of England.


And there are few places on the river which are more atmospheric and "Thames" than Henley, with its rowing clubs and massive annual regatta. 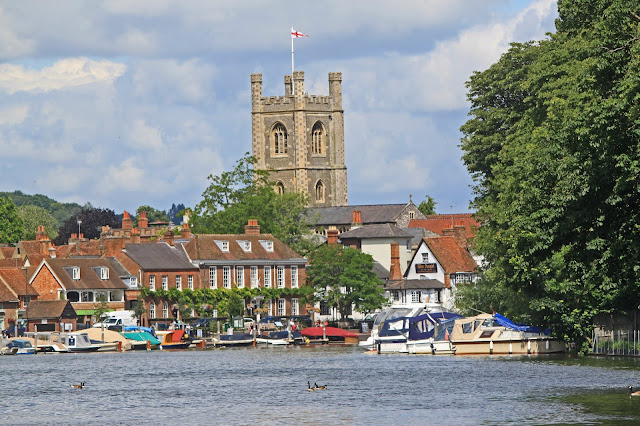 We arrived on the eve of the women's regatta and there were groups of blazer toting ladies wherever we looked. We moored at the upstream end of the meadow, a pleasant spot within earshot the weir, and whose rushing waters set off a constant series of waves which gently rocked the boat all night. The moorings are a hefty £10 a night, but we wanted to stop in Henley and that is the price you have to pay. By the rules you should buy a £10 ticket from one of the car park machines, but of the three, two were not working and the furthest one only accepted coins. We therefore left paying till the morning then the park warden came round. 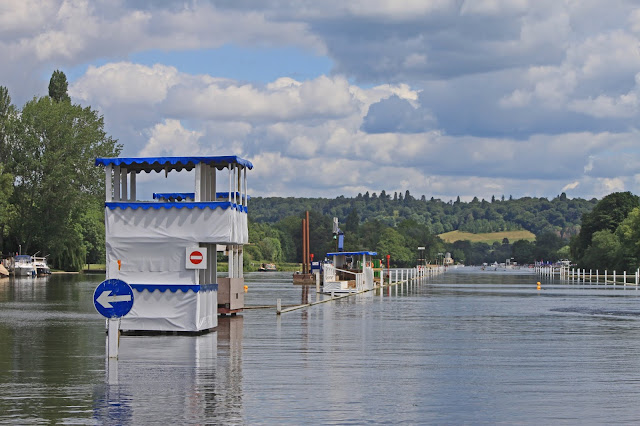 After weeks of grey skies and rain the weather seems to have broken and the strange yellow orb in the sky is working wonders on the wet washing hanging on lines in the butty.

By the time we got started the women's rowing event was well underway, but I was interested to note that they don't use the grandstands erected for the mens event nearer the town, a gathering which will take place in a couple of weeks. 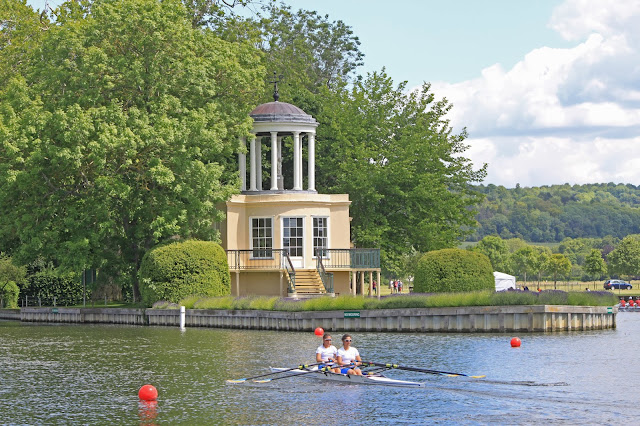 As this is a leisurely trip we are covering about eight miles a day, and would have liked to stop below the lock at Marlow. However the moorings were full at 4.00pm so we continued on only to see two of the moored boats coming past us a bit further down the river. We carried on and moored in a secluded spot just below the railway bridge at Bourne End, a place we have used in the past. 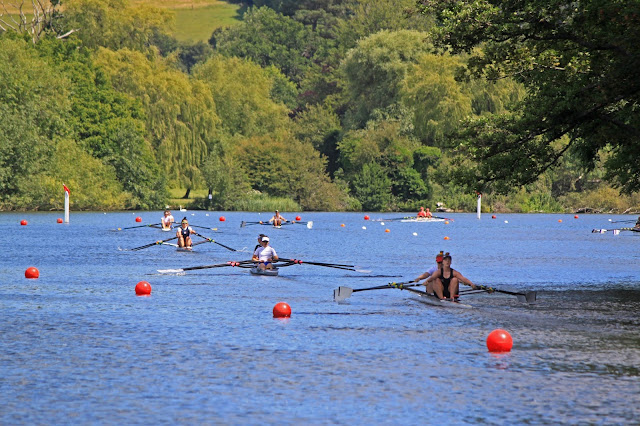 The course to the start

With the sun out out the casual preserve sales have picked up with a lock keeper eagerly buying a selection and later, after tying up, a historic river boat pulled up to buy - I love these spontaneous sales meetings.