We kind of over achieved today. The plan was to move downstream from Staines and get to somewhere just past Shepperton, which would let us make use of the much needed facilities. But then we arrived at about 2.00pm and our thoughts started to turn to the tidal passage, and when we wanted to cross to CRT waters at Brentford. 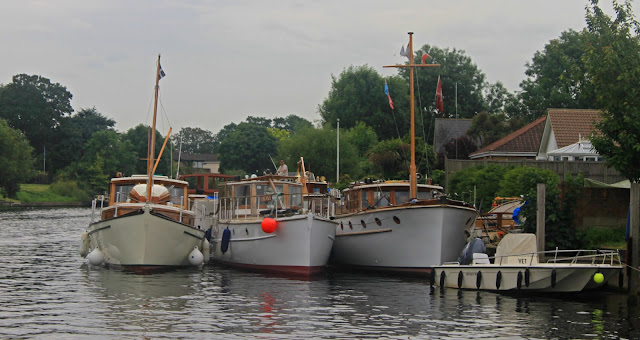 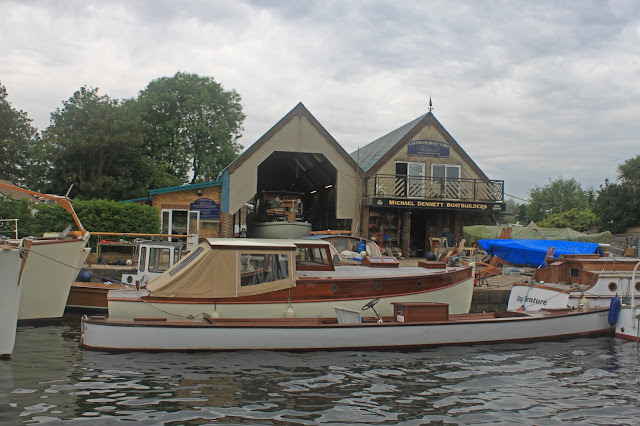 A clutch of lovely wooden boats

This decision was partly dictated by the tide times and partly by the weather forecast.

I have been watching the Wash crossing by a St Pancras group and had mentally clocked a noon high tide, so was a bit surprised when the Teddington lock keeper advised me tomorrows departure would be at 8.15am.

So we had a choice to make - press on and catch the tide or hang around up river and then move down to Teddington when the rain has passed tomorrow. As it was a lovey day today and the weather is set to become roasting at the end of the week we have decided to get the rise to Tring done in the relative cool. 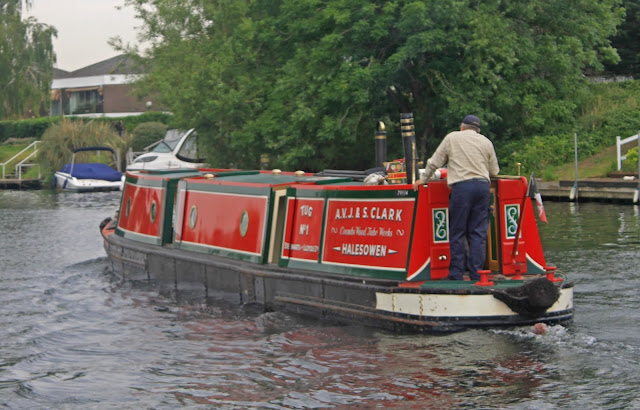 I have to admit that I like the Thames downstream of Windsor. Suddenly, all those huge gin palaces melt away, as to the huge mansions, and we find ourselves in the land of the much more normal. All along the banks the river is lined with an eclectic assortment of huts and small houses, often hand built and oh so quirky. And it's not just the houses. Suddenly all sorts of interesting boats appear, from huge dutch barges, through the weird and wonderful houseboats to the achingly lovely wooden boats from the 1950's which seem to be making a strong comeback. 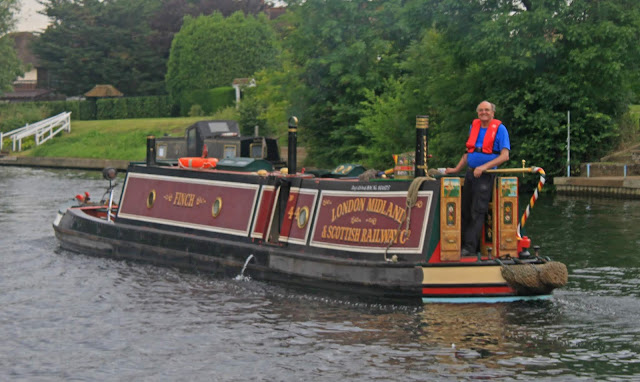 A bit of the Black Country

And it wasn't just the wooden boats which grabbed my attention. Coming up the river there was the distinctive irregular splutter of a semi diesel, set in a lovely Stuart and Lloyd Tug. You just cant get away from the Black Country. 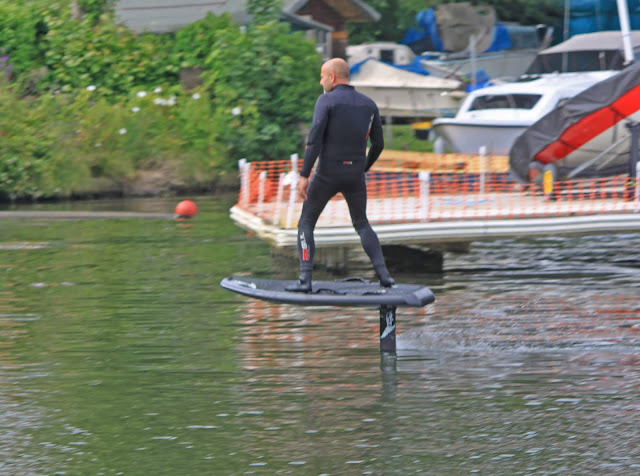 Is this a hydrofoil? - it looks soooo cool and then move really fast.

We also witnessed a strange natural phenomenon. As we approached Hampton Court the sun burst out and almost immediately what appeared to be wispy columns of spoke erupted from a stand of trees. As we watched we could see the columns weave and sway and the telephoto lens revealed then to be swarms of insects which I have since been told were mating. 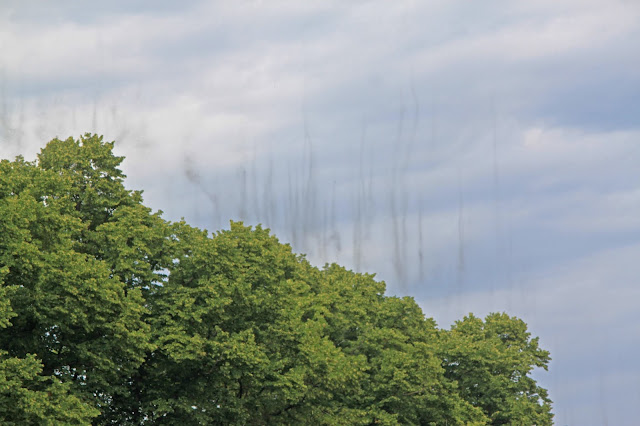 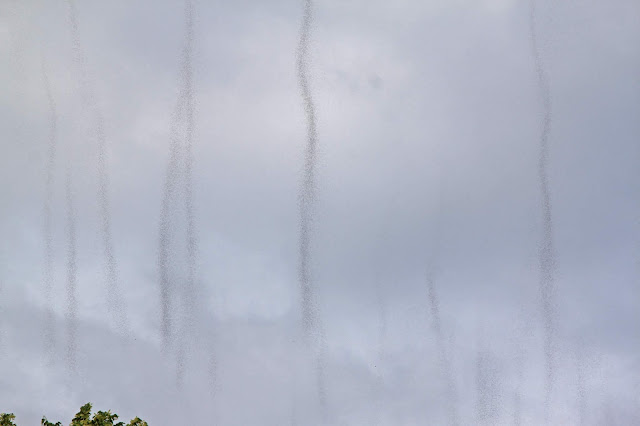 We finally made it to Teddington Locks at 6.00pm and realised that progress was slower today because virtually all the flow of the river has been diverted to the local reservoirs. As a result the flow is almost zero and our progress was back down to little over our more normal 2.3mph. 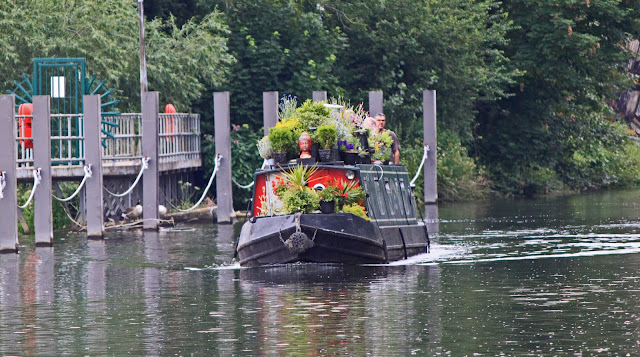 We are going to have to set our alarms for the morning to make sure we are ready for our tideway hop. I have made this trip twice before and once with the butty, so I am reasonably relaxed about it but you never know with moving water. However, with a max speed on flat water of 3.00mph we know we will be the last boat into Brentford.
Posted by Andy Tidy at 9:20 pm