There is something strangely compelling about photo's of canals in terminal decay.

I was having a look through the Lichfield and Hatherton Canal Restoration Trust's website recently and came across some rare black and white images of the Churchbridge Locks in their final days. The Hatherton Canal was a late addition to the system, being constructed in 1859 to connect the Staffs and Worcester at Hatherton Junction to the Cannock Extension Canal to serve the coal industry. 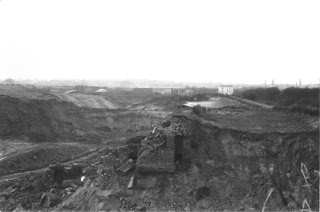 
Whilst coal was the canals reason for existence , ultimately it was also its undoing. Excavation methods developed and the 13 Churchbridge Locks were found to sit on top of a large seam of coal, coal which could be reached by open cast mining. 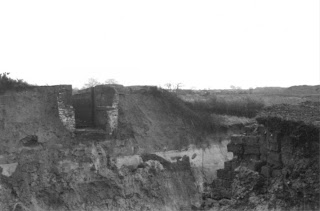 The canal closed in 1955 and within a couple of years the flight had been drained and the canal track completely obliterated. One look at what happened to the area makes you realise that the reinstatement of the canal is a physical impossibility - the land is no longer there! 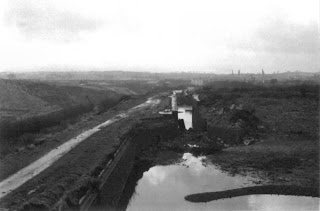 This sobering collection of black and white photos on their website is well worth a look.

Evocative photos. In fact, given this, it is amazing how much of the route of this canal can still be traced through Norton Canes, then again to the NW of the coal field and up to the old branch terminus at Hednesford.