Aboard the good ship Flipper Uno 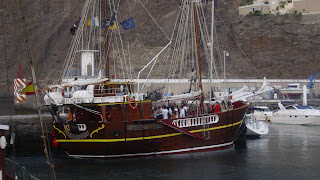 We can see this strange craft set sail on its three times daily routine, eliciting cries of "the Flipper Uno, the Flipper Uno" from Belle and Jeff. Whilst it went against the Ahab grain, I agreed to take a trip during this years visit to the island, so found myself standing in the blazing sun one afternoon, waiting to board alongside a disturbingly large contingent of Europe's great unwashed. 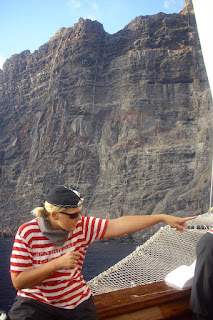 I made free with my flexible friend and purchased three tickets, but as the time approached, I became more and more uneasy about the forthcoming experience. I finally told myself to approach this as I had approached Disney in the past, making what I could of the trip and looking beyond the superficial crassness of it all. 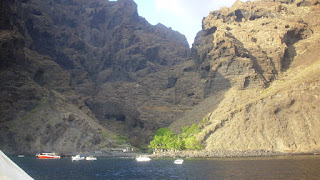 And do you know what? Within minutes of casting off and the opening bars of Pirates of the Caribbean fading away I found myself enjoying the swell beneath my feet, the wind in my hair and the spray on my face. What was more, the Pilot Whales we saw off the coast of La Gomera were impressive, as were the Dolphins leaping our wake under the towering cliffs of Los Gigantes. 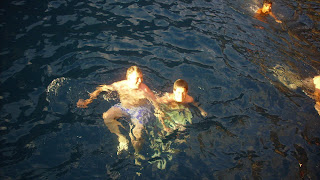 The high point of the trip was the swim in the Playa de Masca bay. We anchored up and used a trapeze to jump into the cool waters. Being something of a big girls blouse, I had to raise the loudest shout as I leaped in, creating as huge a splash as my new slimline frame would allow, much to the delight of the spectators and official camera man. 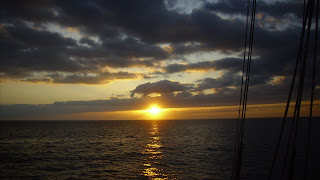 All in all a great three hours and a very satisfying boating fix.