Time for an expedition to Garachio, on the north coast of the island. 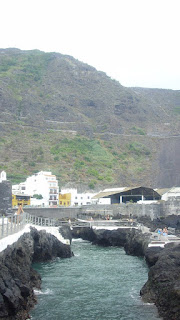 Until 1703 the port of Garachio was the most significant habitation on the island, but then Mount Tiede intervened by sending streams of lava down its flanks and right through the high street of the town. Not content with destroying the town, the lava then continued on and completely filled the harbour leaving the residents with little option but to climb aboard their boats and set sail for a less dangerous location. 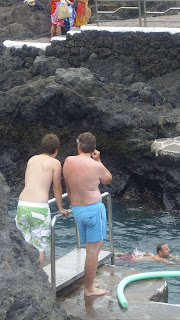 Poor Garachio never recovered and all that is left is a rather poor village perched atop a very fresh looking crust of solidified lava. It seems that the citizens of this village are a pragmatic bunch and having mourned the loss of their harbour, realised that the resulting rock formations forms a suite of spectacular natural bathing pools, all refreshed by the daily tides. In recent years they have built a series of walkways between these pools and turned the whole thing into a natural lido, which attracts tourists in huge numbers. 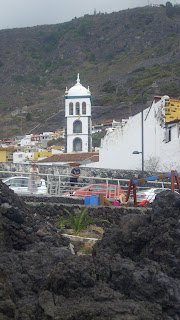 OK, you don't exactly have the place to yourself and the tattooed masses are much in evidence, but this was an experience not to be missed. Belle indulged in a spot of sun bathing and Shakespeare reading whilst Jeff and I sampled the delights of the various pools, jumping from ever higher rocky promontories. I must be getting old because I stopped at 10ft (when I touched the bottom of the pool) but Jeff carried on up to about 20 ft, timing his jump with the inrush of water. 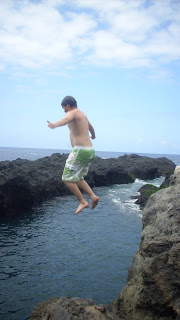 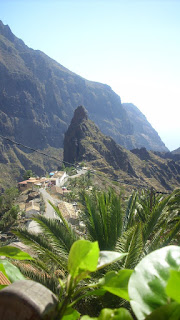