October 2011
I had ignored this arm when I listed out the lost canal arms of the BCN I wanted to visit. As far as I could see, there was nothing left and a field expedition was pointless. 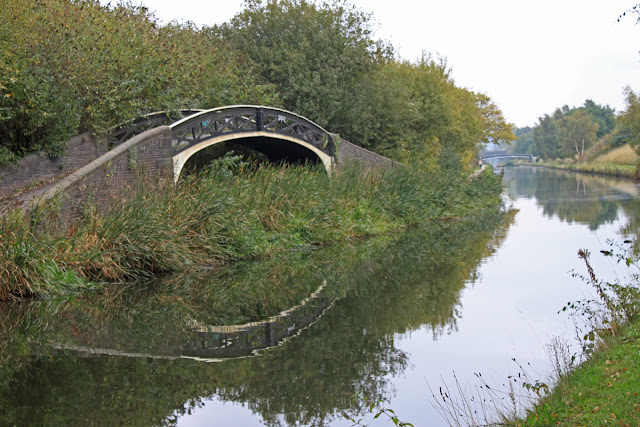 Southern end - entrance to Avery's Basin
But then I passed the site when I was exploring the Cape Arm and thought again. The loop was created by the construction of the New Main Line in 1827 and in effect it is the winding continuation of what is now the Cape Arm just before the six lock rise at Smethwick (later reduced to three locks). 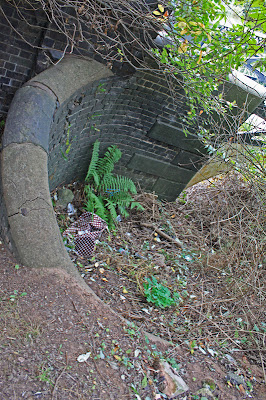 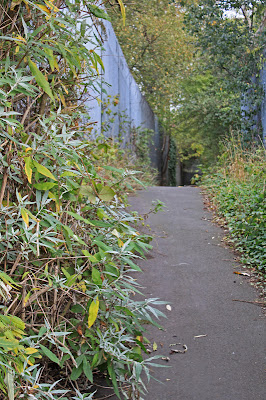 Part buried steps up from Avery's basin and footpath 'hump'
Its days as a loop were numbered, with the central section filed in in the 1870's but still leaving the two ends as basins, Avery's (the scale people) in the south and Soho Foundry to the north. Whilst the basins have gone today, the cast iron bridges over the entrances remain - deeply scored by 150 years of tow ropes. 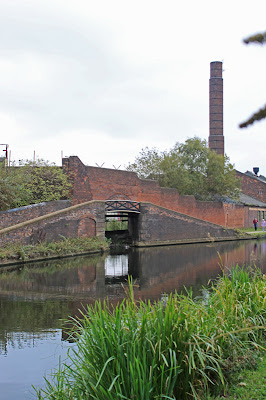 Northern entrance to Soho foundry
The southern end is lost beneath about 50 feet of rubble, but tucked away next to the railway line lies a small footpath which displays an unmistakable hump where it used to gross the line of the canal. This hump also offers a good vantage point to look down the back of the factory and the line of the canal is apparent following the roadway to the distant wall where it kinked to the left and back into the mainline. 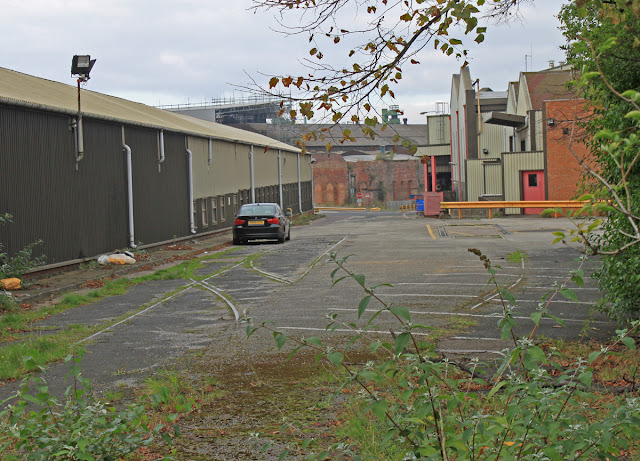 Railway lines mark the line of the' Avery' loop - 140 years ago! 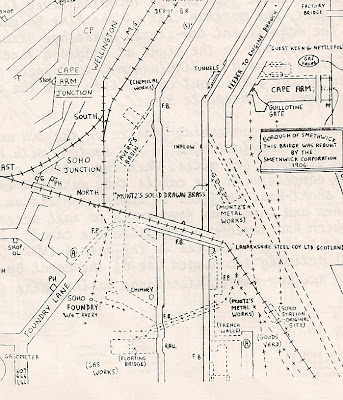 Map from the Blue Book
Posted by Andy Tidy at 6:00 am