A lazy start to the day, and why not? It is my 51st birthday after all.

It was a peaceful, if somewhat cold night overlooking Top Flash at Clive Green and we finally coaxed the engine into life at 10.30. We were not alone at the mooring but we were one of the last to set off so we got caught in the inevitable traffic jam at the first lock. We didn't get much further than that for a while as we needed to restock and realised that is a new Tesco's maybe 10 mins walk from the canal. We moored between bridges 28 and 29 and followed a small footpath into town which threaded its way between a couple of schools. 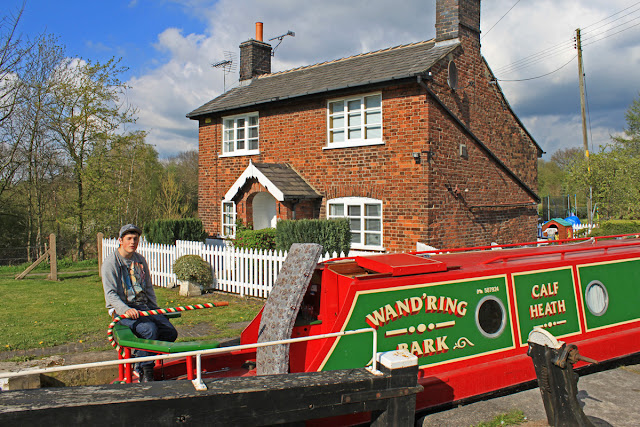 With a replenished larder we dropped through Wardle Lock and turned left to Middlewich Narrowboats and their pumpout machine. They offered a vigorous rinse out but more of that in a future post, reversing back to the junction and refuelling at Kings Lock Chandlers. 100 litres at 89p subject to my own choice of declaration. 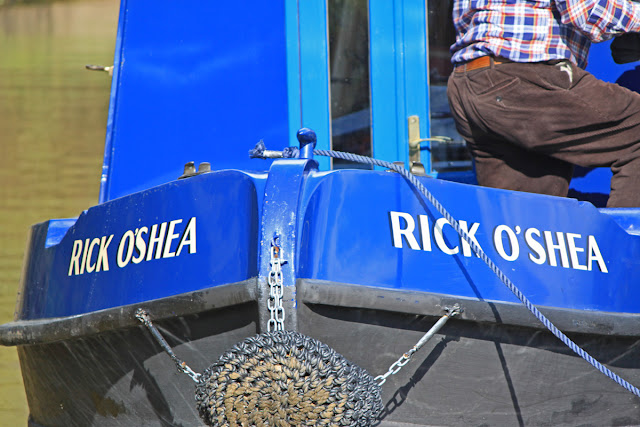 I had to laugh in the chandlers, there was this slightly unusual guy in front of me with a long list of obscure thing on his list. Now, if I go into a chandlers its usually for things I know chandlers stock but not this bloke. He went on and on asking for item after item which the owner couldn't supply. It was all we could do not to burst out laughing and when he had finally departed and was beyond earshot I just had to start my own request for "fork andles". 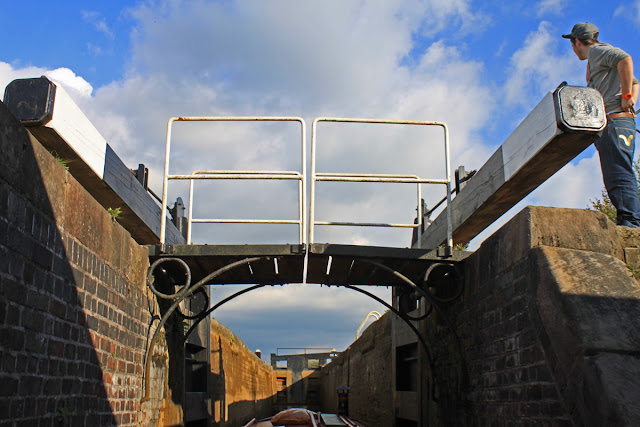 Then it was up the Trent an Mersey towards Wheelock. Initially we followed a single hander who was a bit slow but he eventually stopped and er pressed on with the local coal boat trying hard to catch up. I did promise that if they could reach the tail of a lock before we left the top I would let them through but with a clear road ahead there was no stopping us. We were flying.

With the weather fair and the locks set for us we started up heartbreak hill at 4.00pm an a vague aim of stopping at he Romping Donkey near the M6 crossing. With all the locks set in our favour we reached the motorway in record time but alas the pub is no more. Instead of customers there were JCB's tearing its walls down. 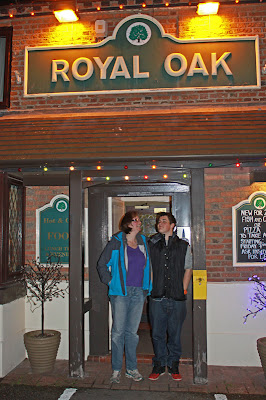 So we pressed on to Rode Heath, mooring just below the bottom lock as the sun set and taking a 10 minute walk to the Royal Oak on the main road for a birthday celebration meal. AS luck would have it they do 2 for 1 on Thursdays (and Tuesdays) so the place was well patronised and reasonably priced.

Our first rain free day for over a week, my birthday and a clear road - not bad.