Other posts in this BCN Challenge series:
1. Day one - The long day (this post)
2. Day two - to Walsall
3. The extraction - getting out again
4. Pause at Tipton
5. Groundhog Day

So, for the second year we find ourselves preparing for the BCN Marathon Challenge, but things were not going according to plan.

Team Wand'ring Bark is a well established trio comprising myself (of course), Jeff and Mr Truth with each member bringing his particular skills to the party. The snag is that Mr Truth has not been well lately and the duties had been altered to leave him on the lighter steering duties. But then disaster struck, Mr Truth deteriorated and on the Friday found himself in hospital waiting for major heart surgery. So we had a dilemma - cancel our entry of press on with a crew of two.

After some discussion we decided to carry on so Friday night found us surging along the Staffs and Worcester to Aldersley Junction ready for an 8.00am start up the Wolverhampton 21. 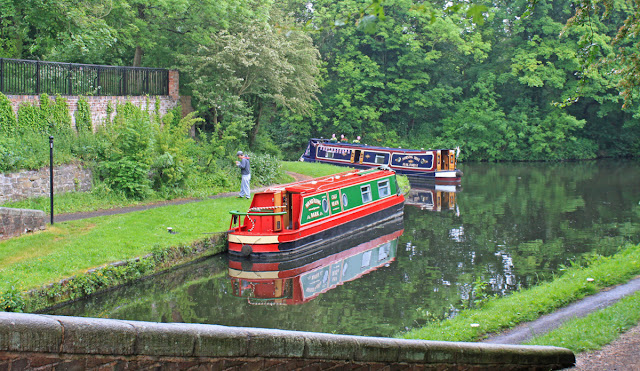 Ready for a Santa Pod start at Aldersley Junction

7.00am saw Autumn Mist arrive and take up a starting position in front of us but after a bit of gentlemanly discussion it was agreed that as we had been camped out at the junction all night we would  go first and draw a bottom paddle to ensure they kept up with us. 8.00 am sharp we we were off, completing the flight in a creditable  2 hrs 2 mins and turning every lock as we went. 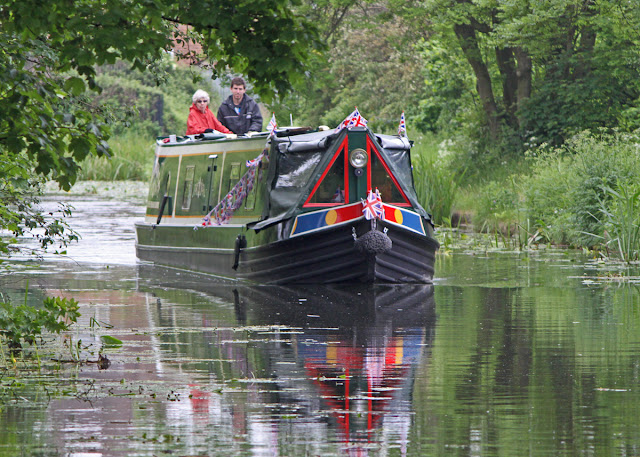 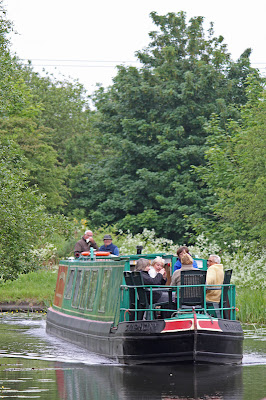 Competitors on the Curly Wyrley

Our route took in the winding length of the Wyrley and Essington Canal, a waterway reborn in recent years. The bridge holes have been dredged, the bed in the Walsall area grappled clear and the rubbish removed. To be honest, the canal is now up to cruiseway standards and passing through some lovely countryside is well worth a visit. 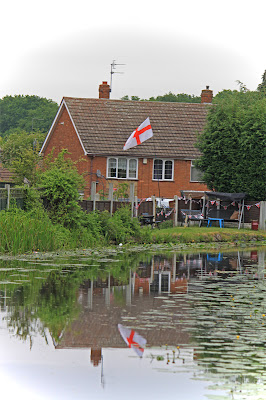 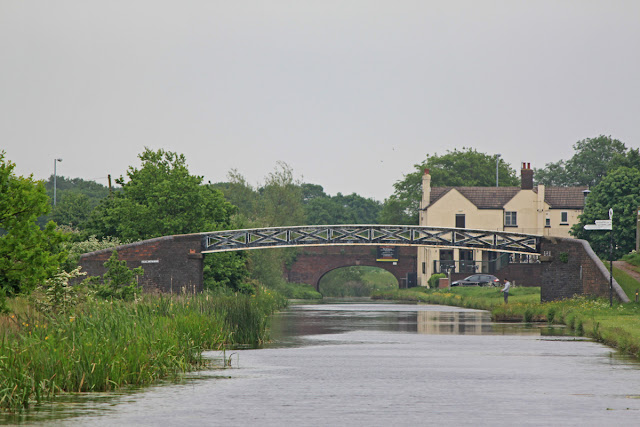 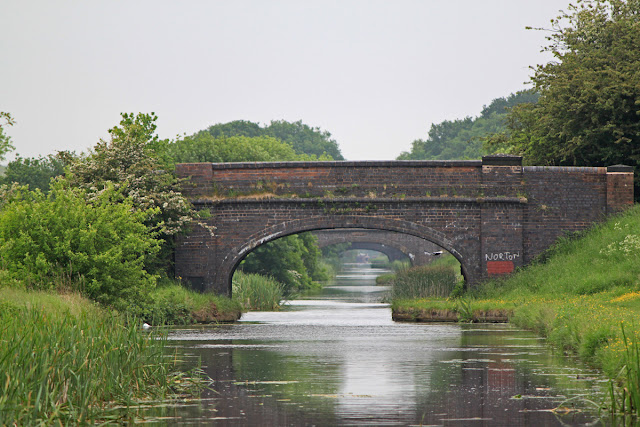 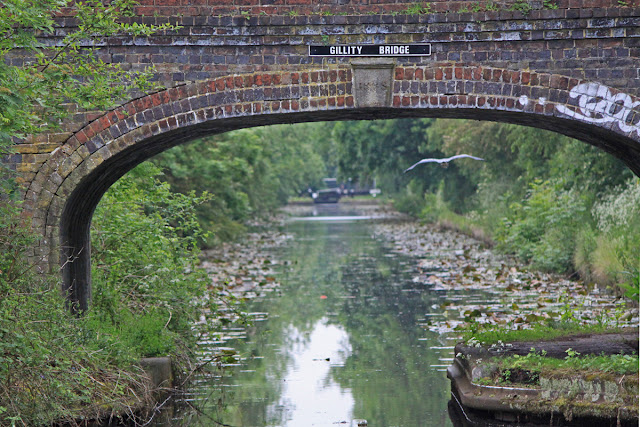 The sections around Pelsall Common are particularly attractive, as is the Cannock Extension Canal. This section to Brownhills did have one dark shadow - we gave a couple of lads a lift and after sharing tea, sandwiches and about 5 hours of our lives we were rewarded by T stealing my i-pod! As ever my camera was handy so they were caught on film which has been given to the local Police. Hey ho - one tries to be nice...

After the light fingered due left us at Tesco's Brownhills we went up the Anglesey Arm meeting Tawny Owl before pressing on through the deep waters of Walsall Wood and the shallows of Aldridge where we nearly crashed into Collingwood coming through a bridge. Here we saw James and Amy (Lucky Duck), Jim (Starcross) and Ian and Karen (Tacet) who were experiencing the Challenge together. 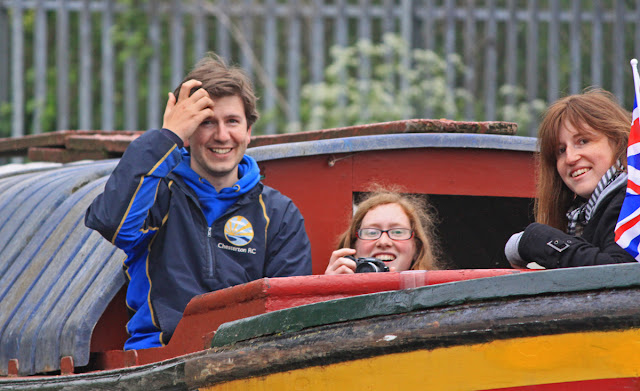 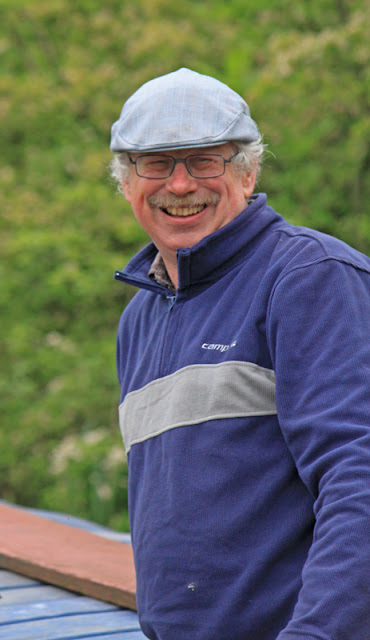 It all got a bit lonely for a while in the Longmoor area but we met a flurry of other boats rising through Rushall Locks and battling low water in one pound. There were the last competitors we would see for the next eight hours. Darkness was falling as we set off down the Perry Barr Locks, with the tunnel light needed from College Road - the nearest canal to my home. We pressed on into the dark, arriving at Salford junction just after 10.30pm and a BIG decision. 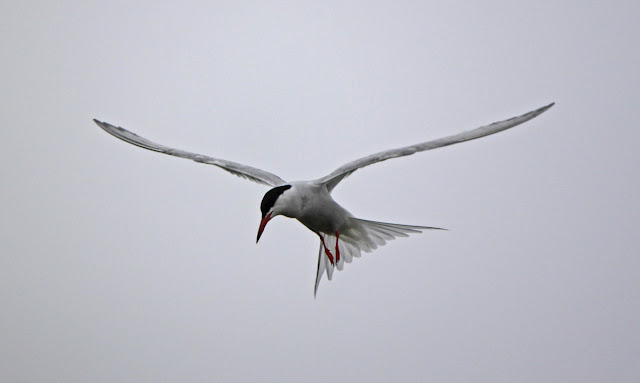 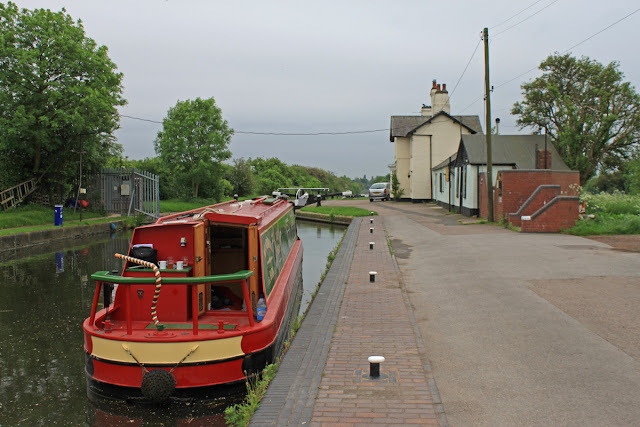 To progress or to stop?

The plan was to stop at Cuckoo Wharf and restart at about 5.00am on Sunday, but then there was the weather to consider. Light rain tonight or terrible rain tomorrow - a tough call. After much hand wringing we decided to carry on and make for the Birmingham Level in the city centre. All was OK till about 11.30pm when then it started to really rain, and rain, and rain. It was a Biblical deluge as we pressed on up the Aston and Farmers Bridge flights, squelching into a mooring behind Symphony Hall at 2.00am, falling into our beds in the latter stages of hypothermia and exhaustion.

Phew the end of 40 miles, 67 locks and 18 hours of continuous boating lulled to sleep to the sound of rain drumming on the roof.
Posted by Andy Tidy at 6:00 am

So far you're following the route that we took last year - but what next I wonder....

I hope that Mr Truth is recovering..

I don't know whether the comment should be 'phew' or 'wow'. Whichever, you both deserve a medal - or incarceration in an establishment for the mentally unstable! :-)
Kath (nb Herbie)

Sue - It was interesting to see the impact of a reduced crew. I think we were nearly an hour behind you at Cuckoo Wharf.
Kath - by the time we all reached Walsall we were all wondering why we were there.
Ray - The operation was today - waiting to hear.

Great photos of Collingwood crew considering the quick dash for the camera and avoiding collision at same time.
Karen