A cracking way to spend a Saturday

Down the Gailey flight to Penkridge
December 2012

We took a late season run to Penkridge on Saturday, introducing some new friends to this boating malarkey.

They stayed with us on Friday night which allowed us to make a prompt start and be on the move by 10.00am - rather important as we approach the shortest day of the year. For the last few days I had been watching the weather forecast and keeping a close watch on the Tame Valley canal which I cross each day on the way to work, checking to see if the frosts had caused the canal to freeze over. 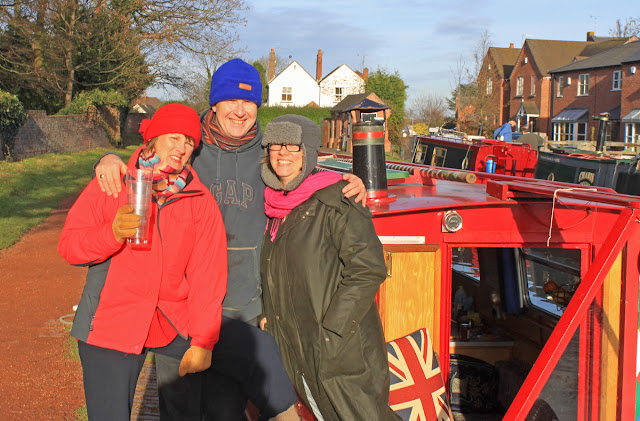 Now dont get me wrong, I quite like bashing a bit of ice but it is terrible for the blacking and I am not planning a slipway visit for another 18 months, so I was ready to chicken out if there was much crunchy stuff.

As it turned out the day dawned clear and bright, which is about as good as it gets at this time of the year. There was barely a trace of ice in the marina so we roused Wand'ring Bark from her hibernation, fired the stove and stunned the engine to life.

By rights this trip shouldn't have been possible as the canal at Gailey was due for closure as the boatyard was digging an offline mooring. However, some issue with the contractors has caused a delay so we were free to make our way to Penkridge, passing Nb Victoria in the second lock down. I hadn't come across Victoria before, a 1931 Royalty Class Narrowboat plying its fuel trade between Market Drayton and Stone / Great Haywood. In fact I don't think the route has had a regular trader for quite a while. 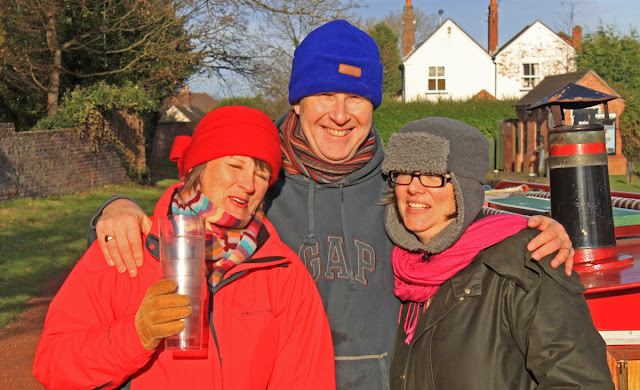 There was some light brash ice about but nothing of note and we rolled up into Penkridge basin at about 1.00pm and settled down to a lunch of sausage wraps and some take out pints from The Barge. To my consternation I looked at my watch at 2.00pm and realised that we might have a bit of trouble with the light getting back!

We pressed on in the gathering gloom, nattering away so animatedly that I completely forgot to take and photos, apart from a few at Penkridge. Our guests tried their hands at steering and locking and apart from a spot of lock surfing at Rodbaston Lock, they were naturals and became instant canal converts. In the end we crept into the marina in the fading light, just enough light to get into our berth but completely dark by the time we loaded up the car and set off for home.