During a recent visit to Ian and Karen of Nb Tacet they introduced me to Richard Dean's Canals of Birmingham. 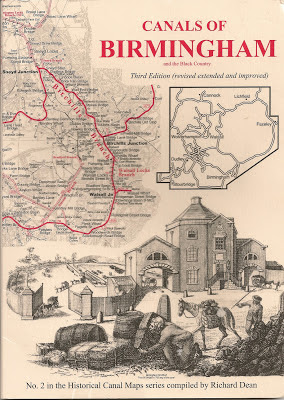 In spite of being an enthusiastic canal hunter on the BCN I had never come across this map which shows the BCN as it never was. Not that its inaccurate, just in its quest for completeness it includes all the branches and arms irrespective of when they operated.

The end result is an amazingly detailed document printed in an aged sepia, a veritable treasure trove of obscurity.

Take the Gospel Oak Branch - a branch abandoned in the 1950's leading off the Walsall Canal.      I have walked the line a couple of times in recent years and easily traced it to its terminus at the Gospel Oak Road. But after looking at Dean's map I realise that there was more to this branch in the shape of the Dumaresq Branch. This half mile branch rose up through two locks to reach a mine. I referred to Ray Shill, the undisputed expert in such matters and he tells me that it existed for such a short period that it only appears one one map. Don't bother to go hunting for it - there is nothing there today.

This find adds to the insanely complicated tangle of canals in the region and it sometimes appears that there was more water than land! 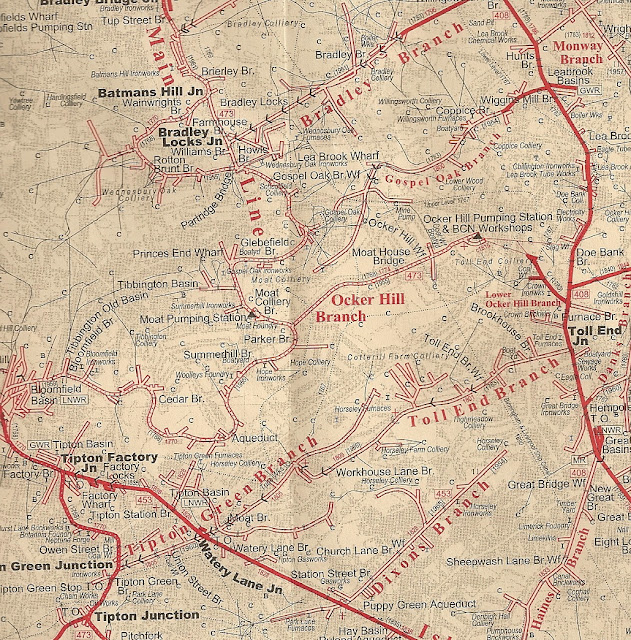 I attach a small sample which illustrates the area.