The increased focus on open days on the part on the Trust is a really good idea - giving local people a backstage pass to the less usual canal repair projects. 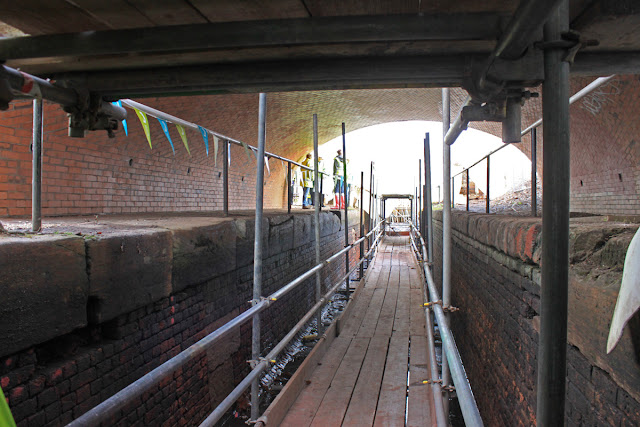 
Kings Norton played host to one of the Trust's latest open days, this time taking a fish eye view of the classic Guillotine stop lock which is having £200k lavished on it to ensure it stands proud at the head of the Stratford Canal for another 200 years. 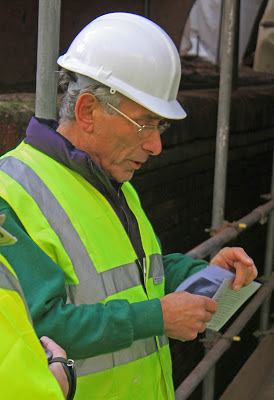 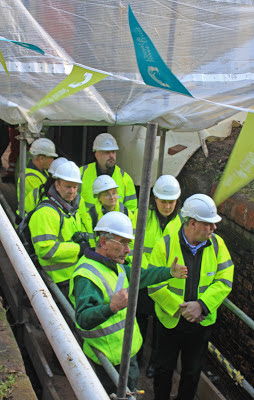 The inclement weather had put the project behind schedule and the open day had already been delayed by a week, and with the day dawning blustery and damp I wondered just how many people would attend. Our Sat Nav did its best to get us to the guillotine lock, which hides beneath a road crossing. We found ourselves in the company of 60 or 70 visitors plus C&RT staff, contractors and volunteer guides. 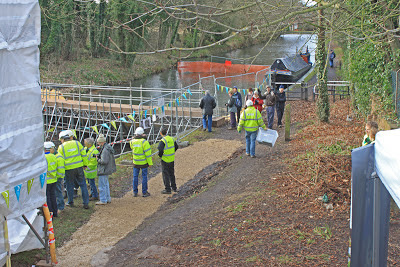 So was there enough there to justify the visit? Well, yes - and no. 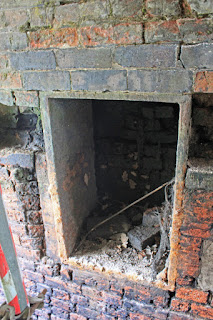 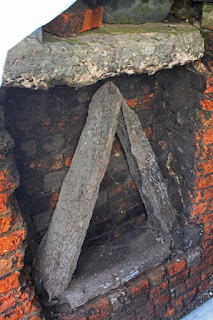 We got the distinct feeling that work had not progressed quite as planned and the iconic landmark structures, the guillotines, remained shrouded in scaffold which was a bit like visiting Blackpool to view the restoration of the tower only to find it still covered up. The current plan is to have the site reopened by 22nd Dec when the contractors finish for Christmas but if you are planning to get into Birmingham for the festive season I think you may need to reconsider the Knowle / Camp Hill option (Tacet take note). 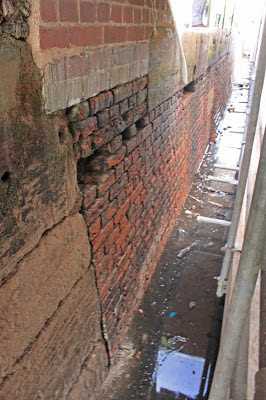 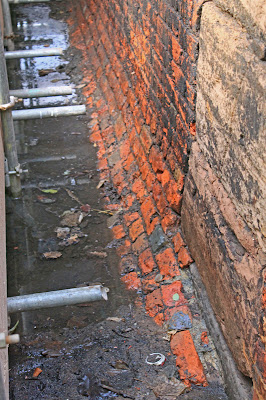 Contrasting bases of the lock walls

As for the site: we were fitted with hard hats (necessary), donned high vis jackets (a bit OTT) and our progress along the bed of the lock was overseen by first aiders which represented Health and Safety gone mad. 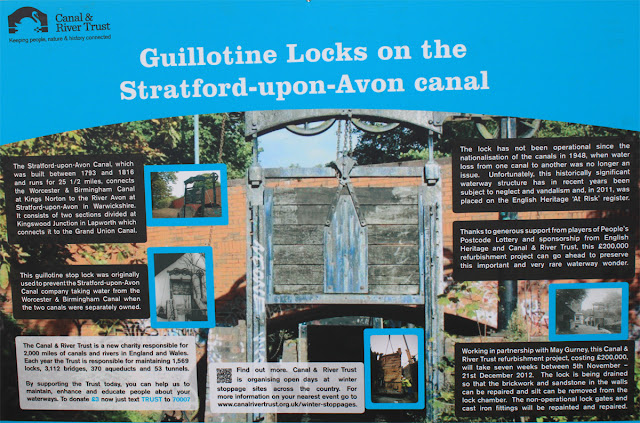 We climbed down into the chamber and were given a guided tour by the resident expert Ivor Caplan. The lock was only ever a stop lock but it threw up a huge surprise. I bet that few of you knew that it was originally built as a wide beam lock - 14.5 ft wide and capable of carrying the big boats which were planned for the Worcester Birmingham before the builders scaled back their ambitions and made Tardebigge narrow gauge instead. 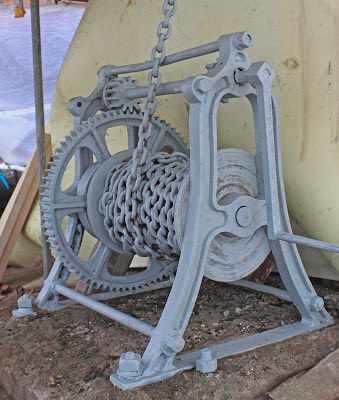 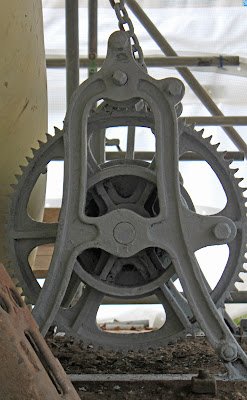 What you see beneath the waterline is, on the towpath side, the original lock chamber with big sandstone coping stones along the top. At the bottom the brick sides sweep round to the floor in a smooth curve like an invert, but on the other side the wall rises straight up and has more traditional bull nosed brick copings at the top. What is more, you can see the rectangular lock gate recesses for the big double lock gates now all bricked up in the lock walls. 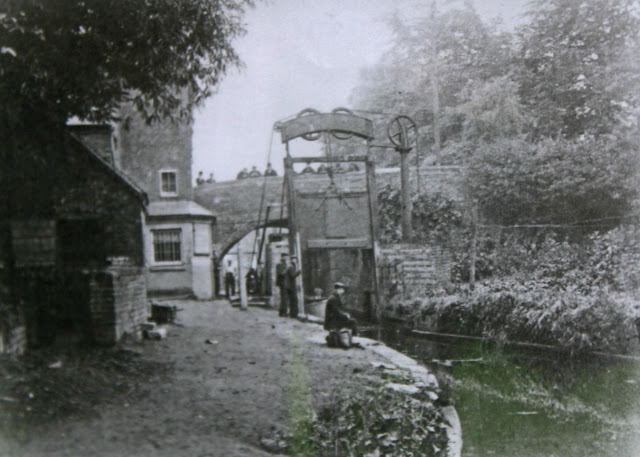 The way things were "back in the day".

The original lock chamber must still exist under the bridge and the "new" lock wall was built half way across. The old lock gates were removed and rather than build new lock gates, recess and paddle culverts they simple slotted in a guillotine gate at each end which took up little space and presumably was a cheap option to control the very modest difference in water levels. I never did find out why the guillotine was set off vertical. 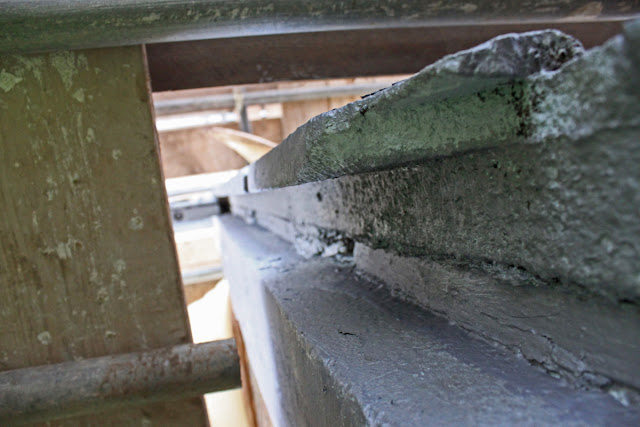 Here are some photos of the de watered lock - I don't expect I will get another opportunity to see  this unique structure again. 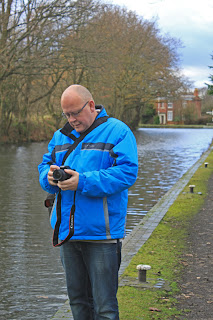