To be fair, Maui were very explicit when we took over the vans that we were not to follow the Crown Range road and we even signed a statement to that effect. The problem was that we had only the faintest idea where this dangerous road was and on the map it looked like a tiny mountain track - so what kind of idiot would take a camper van there? 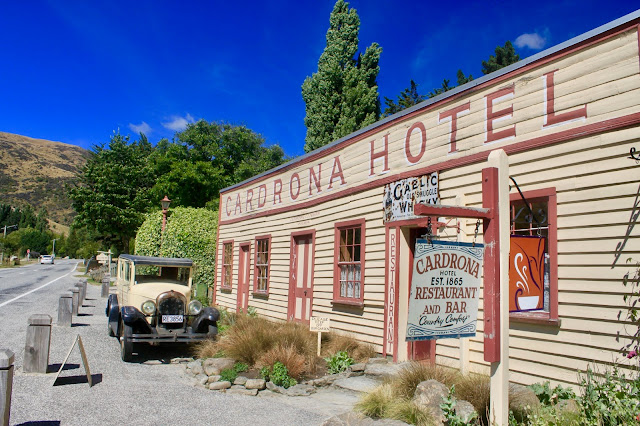 The problem was, as ever, technology. We were in Wanaka and wanted to get to Queenstown so we booted up the SatNav and off we went. The climb into the old gold mining area of Cardrona was very gentle and suddenly we found ourselves on a crest 3000ft above sea level and Andy and Fi's van playing up and our engine temperature worryingly high. Of course, we were just where we shouldn't be! 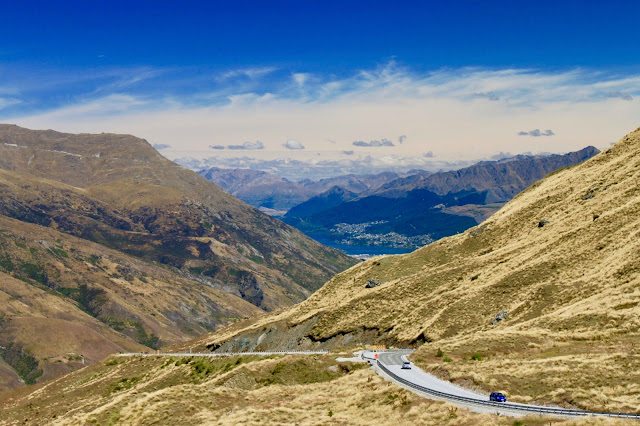 But hey ho we were there, so we pressed on only to be confronted by a terrifying squiggle of hairpins on the southern side. We were committed so we had to trust the brakes and make a steady descent. All was well except for the tiny car who missed a bend and came round in front of us with tyres squealing and only three on the ground.... 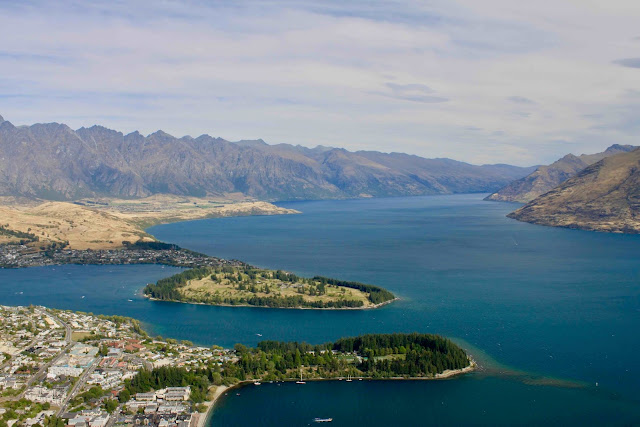 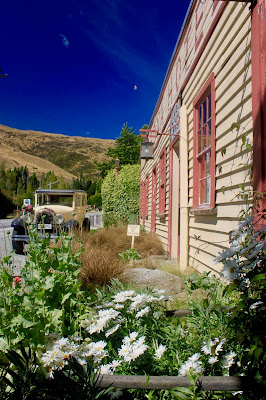 The Southern Alps are majestic, as are the lakes - rather like the lake district but on steriods. Today we turn north and start a long 2 week trek which will end in Auckland.

What.... no photos of Arrowtown or Milford Sound? You missed the best parts! Did you take the lake cruise on the Ernslaw steamer? Crossing over to the West Coast of the South Island where you can share the bridges with the trains!

Don't suppose the Crown Range has changed much since I was at primary school. Lovely part of New Zealand.

That looks like the same road I travelled as a holidaymaker in '96. I was in Queenstown and wanted to visit Wanaka, and booked a local tour guide minibus to take me. The driver asked if I wanted to go via "The Scenic Route", and naturally I said yes! I was surprised how quickly the surface changed from tarmac to gravel, particularly as we were in an ordinary 2WD Toyota Hi-Ace, but he didn't seem the least bit bothered. He stopped at a number of vantage points so I could get the camera out, and even took me direct to the airfield and then to the motel in Wanaka itself, and dropped my bags off. Happy memories...

Oh my goodness! I can imagine how scary that would've been, there's many roads like that in NZ. Thank goodness you're all safe. Stunning scenery, we've driven that road in July 2011 and had a brief stop at the Cardrona Hotel. Happy travels!