Oh to be a Hobbit

I guess that we are a bit vertically challenged to be considered Hobbits, but for one evening we could pretend we were far less than our 6ft height and enter the world of Bilbo and Frodo during our visit to the Hobbiton movie set. 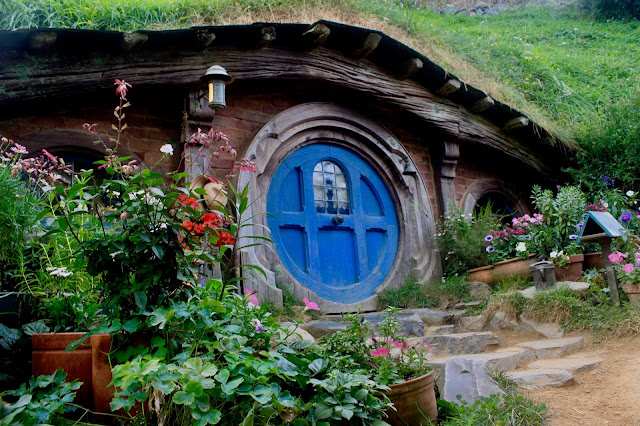 The Hobbiton site was ideally suited to the task, with its rolling hillocks and sheltered lake representing 1% of a working sheep and cattle farm.

What I hadn't realised was the fact that there have been two Hobbitons on the site. The first was a temporary affair used for the filming of the original Lord of the Rings trilogy. This was all polystyrene and paint with the Green Dragon being burned down as part of the film, returning the site to farm pasture with just a handful of plywood facades remaining. But a steady stream of enthusiasts kept visiting the farm and it became apparent that there was an ongoing demand. So, when the Hobbit trilogy was planned Hobbiton was rebuilt as an enduring site, in spite of only being used for filming for 12 days. 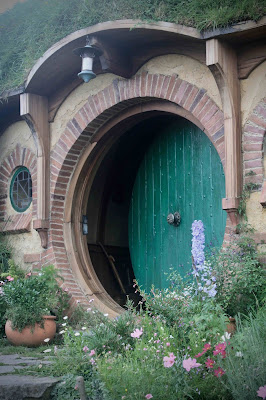 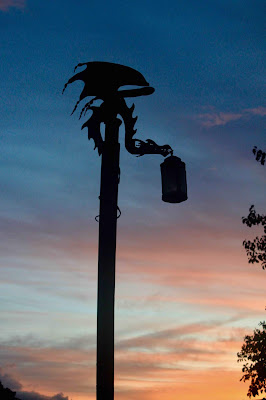 Bag End and the Green Dragon

The place must take a lot of upkeep but it is very cute, with over 40 Hobbit burrows dug into the rolling grasslands. some are just under full adult size (90%) and others just 60% size to facilitate forced perspective shots, plus the water mill, bridge and of course the Green Dragon Pub on the lakeside. 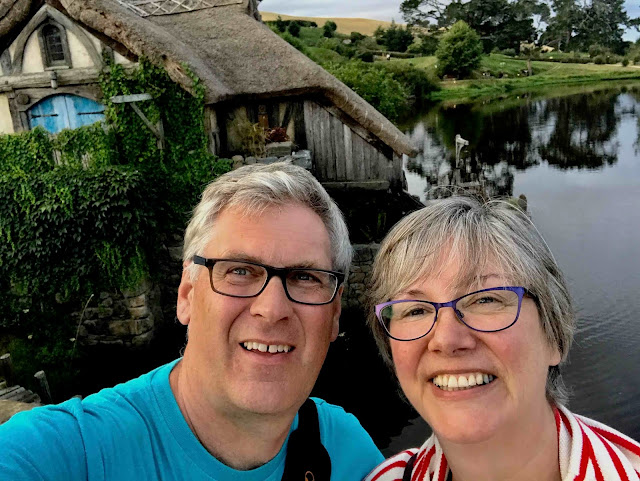 The obligatory selfie by the mill

We opted for the evening feast tour which meant that just one bus load of guests (about 50) had  exclusive access to the set and could dawdle our way around and take as many photos as we wanted. The guided tour ended at the Green Dragon which was been carefully extended to accommodate parties for evening feasts. The meal was a whole lot of fun and as you would expect of Hobbits, the food was plentiful and of high quality. I particularly liked the leg of lamb, but serving exclusively with wooden Hobbit spoons was a bit of a challenge. 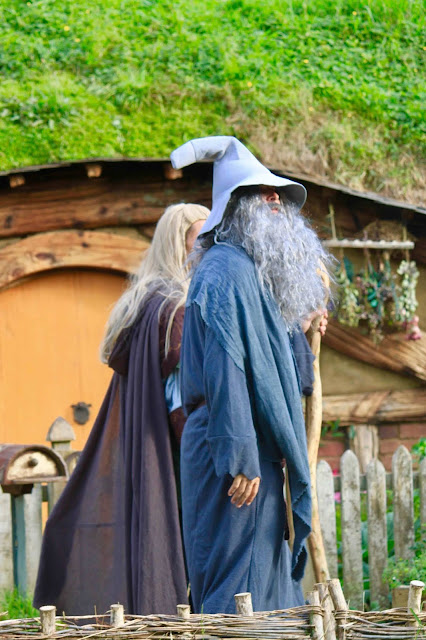 Of course, there were varying degrees of commitment to the cause among the clientele. Most people just turned up, but there were some who came fully decked out in costume which they wore the whole time, as if trying to suck every last morsel out of the experience. A German Gandalf was particularly impressive wearing his thick cape, hat and beard in spite of the high temperatures. Each to his own!

All in all it was a fun way to get a taste of how the set was made and used. These days its ownership is a bit complex. The land remains in the ownership of the farm, but the set belongs to the film company. Rights are shared as are profits so I guess everyone wins and, judging by the number of shuttle busses in the car park and the development work at the reception, its popularity continues to grow making this a major attraction in the area. I doubt that the farming family ever saw this in their life plan......

Dorothy, thanks for the Christmas present.

Expensive, but a good experience