This was the final day of phase one: Calf Heath to Bones mooring in Thrupp and really we should have been off with the larks - but we weren't! 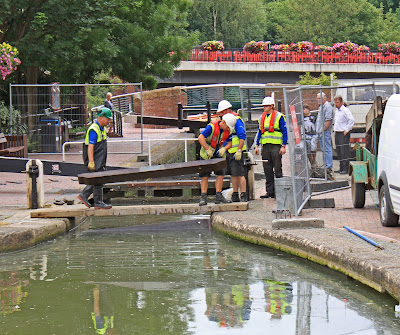 First Tilly had a clothing crisis which necessitated a 9.00am visit to the big shopping centre which sits beside the canal at Banbury. Tilly and Belle sat me down and explained that there is buying stuff in shops and then there is shopping, and the two activities are quite different with the latter taking much longer then the former. Which one could they indulge in? It was obvious  to me so I explained the locks and the distances and in the end they did a reasonable interpretation of my favoured "I came, I saw, I purchased" and returned to the boat at 9.45 am bearing arm fulls of bags. 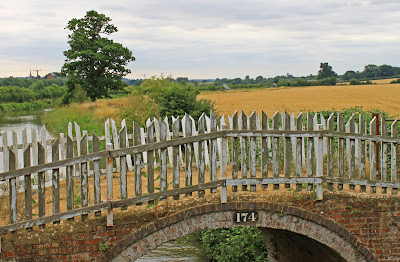 We set off at once but to my dismay we exited the lift bridge only to discover stop planks across the lock and BW staff rooting around in the culverts. BW were as good as their word and at 10.00am precisely the barriers were removed and we were able to descend, make a slightly belated start. 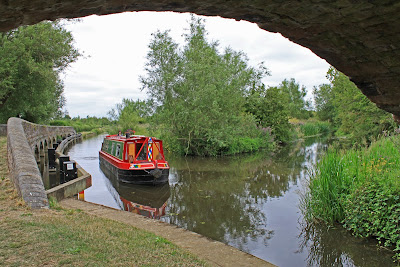 Being the first out of the trap so to speak we were the first southbound boat of the day and made good progress towards the majestic spire of Kings Sutton Church, which proclaims the ancient place of worship among a grove of trees. Then it was Aynho Lock from which a boater was emerging going  down, leaving both a top paddle, a bottom paddle and a gate wide open for us to close. Thanks.

Somerton Deep Lock is home to one of my favourite lock cottages, all beautifully restored in recent years and apparently with electricity which was previously lacking. I was very taken with the little launch they use to commute to the village in the absence of a track.

Bones was moored up at near Oxfordshire Narrowboats, en route to Croperdy and emerged beaming as we hove into view. She has been emptying water out of her diesel tank and gave off a particularly beguiling scent of "eau de diesel". She had earlier been in touch suggesting a visit to see Kate Staffin's "Now is the winter of our discontent" at Shipton on Cherwell church. Belle, being a Shakespere groupie, thought was a fine idea and worked out a timetable to make this possible. 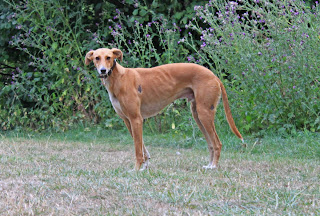 Oxfordshire Narrowboats was the last boat yard on our route and therefore an excellent place to refill with diesel, except it was changeover day and they gracefully declined to serve us - right up till we started to chat with Maffi and they realised we were friends of the staff. Maffi set me the challenge of winding in a strong breeze and reversing into a narrow slot, a manoeuvre which I managed without severe embarrassment.

As well as picking up diesel we also fell in behind about four rookie crews moving down to the first lock for instruction. This process cost us over an hour and banished all hopes of reaching the show on time, till Bones came to the rescue. A number of plans were hatched and abandoned, most on the grounds that Belle had consumed too much gin to be capable of driving. So in the end they came up with "plan e" which involved Bones, Tilly and Belle driving off to Shipton on Cherwell and Maffi, Boots and I left behind to bring Wand'ring Bark in to land. 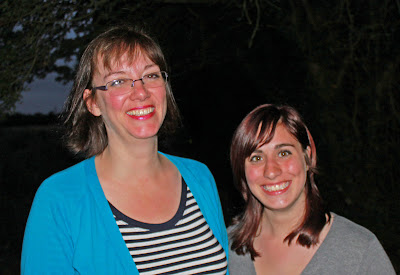 Its worth saying a few words about the infamous Boots. Boots "butter wouldn't melt in mouth" isn't quite what he seems. He was plonked on the stern of WB and told to stay, and that's exactly what he did right up to the point when he decided he didn't want to any more. By the time we reached the Cherwell River section he hopped on and trotted along the towpath encouraged on my Maffi and myself. Like his owner, he has a mind of his own and isn't afraid to do his own thing. 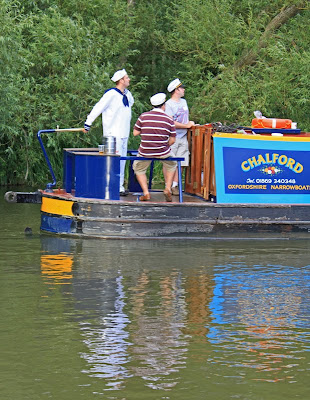 There was a last incident as a bunch of stag party lads headed confidently towards the river weir, only to realise their mistake at the last moment amid much thrashing on the prop. We followed them for a bit, till the boat slewed sideways onto a shoal allowing us to slide between their stern and the towpath and so on into Thrupp.

Having reached Bones mooring at Gunpowder Wharf we adjourned to the The Boat Inn where a musical evening was in full swing, filling the bar with atmosphere and a huge crowd, but I have recounted that tale in an earlier  blog.
Posted by Andy Tidy at 6:00 am