Exploring this canal is a challenge. With no towpath it is difficult to follow the whole line, even on foot. Luckily, the Ant valley is criss crossed with footpaths and a couple of disused railway tracks, which have been converted into nature trails, so you have to gain access where you can.


The canal starts in the hamlet of Antingham, and the very extensive millpond behind the mill was presumably created to capture as much water as possible from the Ant's diminutive catchment basin. The Mill has been converted into a very attractive house and the owners appear reluctant to share the fine views over the pond with outsiders. The following photo was from the best vantage point I could find. 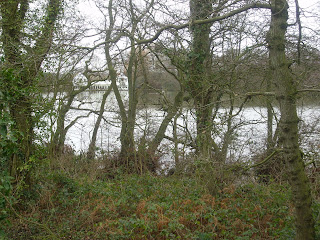 Just below Antingham Mill a low level bridge crosses the canal bed, which carries a narrow trickle of water and it is hard to imagine a wherry every getting this far - but they did till some point before it was dewatered in 1921. 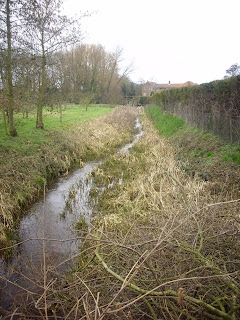 A half mile downstream brings you to the first "real" NW&DC structure, the fine red brick bridge at Bradfield. I say its at Bradfield but actually its out in the middle of nowhere and the nearest building is the abandoned Bradfield Congregational Chapel, the final resting place of The Captian Senior. The bridge is a good example of NW&DC architecture, with a high arch and a signature white brick capstone at the very apex. 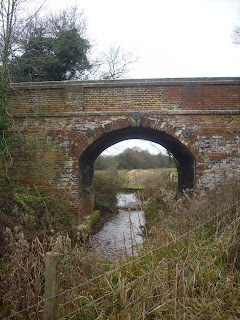 The next structure are the two Swafield Locks, remote and inaccessible on private land. Thanks to The East Anglian Waterways Association website for some glimpses of the area in times past. 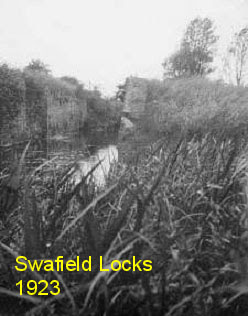 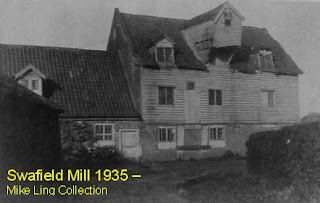 Next is the busy road bridge at Swafield. The bridge remains in good condition but you take you life into your hand as you try and get some images of the canal stretching off on either direction. The North Walsham and Dilham Canal Trust volunteers have clearly been active in this area as the watercourse is clear of reeds and odstructions and it is possible to gain an inkling of how things used to be. 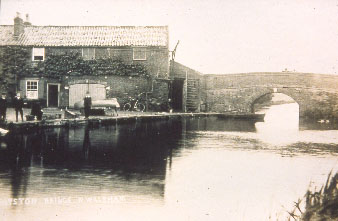 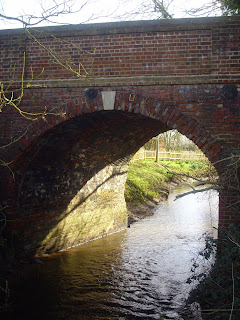 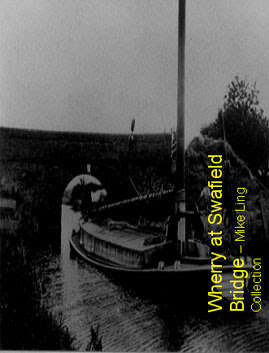 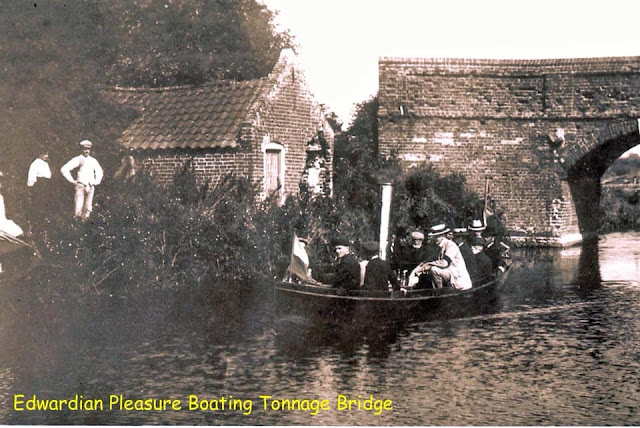 My approach to this exploration was to take every side road, no matter how small, that might lead me to / over the water. This process took me to the line of the long abandoned Norfolk and Suffolk Joint Committee Railway, which was axed long before the birth of Mr Beeching. The route has been converted into part of the Pigney's Wood nature walk, which is your best bet for pedestrian access to the canal between Swafield and Spa Common. 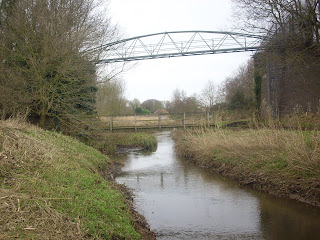 The original span of the railway bridge has been removed but interestingly, a high level single track footpath bridge has been installed. This shiny new structure is behind lock and key for the present and walkers use a low level wooden bridge to cross the canal bed. If anyone knows the plans behind the bridge please post a comment.

In company with Matilda I had a look recently at the canal where the railway line crosses it near Swafield. As you say the old railway bridge has gone and there is a new high level metal bridge which is gated and locked.

I think this was built just as a pipeline bridge. The pipeline bringing gunge from the Bacton Gas terminal to the railhead at North Walsham takes this route. Sadly the railway line had been closed only a few years before it was needed to service the gas terminal and was eventually replaced by the pipeline.

Although the bridge has a footway, no doubt in deference to the health and safety of the workers, it is rather a lightweight structure and I doubt whether it could be made available to the ordinary walking public who are obliged to clamber down to the low level wooden bridge.