Other posts in the Easter 2012 series to Llangollen and the four counties ring:

We managed to jump start our trip to Llangollen by getting under way on Friday evening, covering about three miles to the Fox and Anchor at Coven. Unusually, we were the only boat on the moorings and the quiet lulled us into a slow start, finally casting off at 9.30 in a gentle but persistent drizzle. 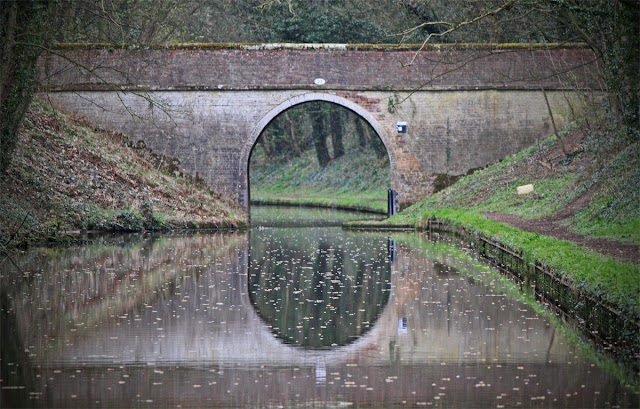 For this trip we are trying something new - the Waterways Routes Maps. For me the choice of cruising maps are a bit like my approach to cruising clothes. I have a very set preference and its rare that I deviate and try something new. So trying a new format of maps is akin to a new pair of shoes - visually fresh but can be prone to chafing till its worn in a bit.

The USP of these maps is that they are easily downloadable and bang up to date - so in theory the pump out facilities should be where indicated and the tank can be left to approach the top with confidence of a well timed empty. We will see if this proves to be the case. 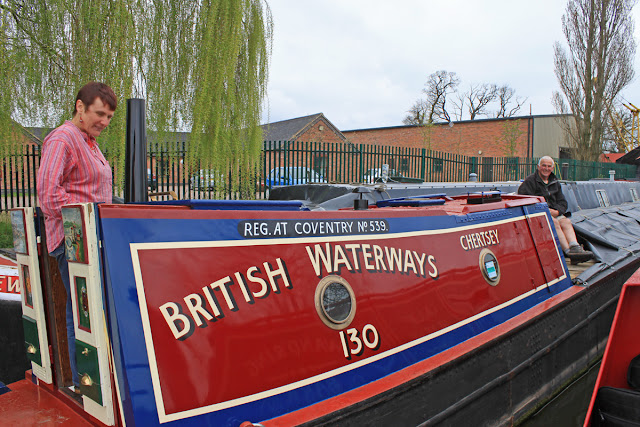 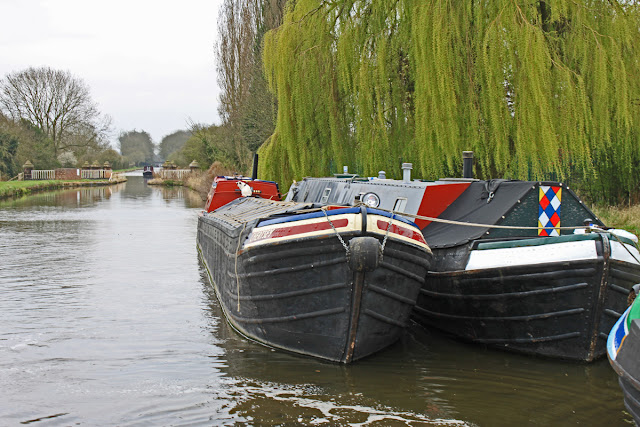 There were a handful of boats heading south but going north we had the cut to ourselves. Brewood came and went and as we approached Stretton we spied Sarah on Chertsey, stopping for a chinwag and general catch up on the world of Blogdom and historic boats. They were off to Droitwich but Willow (their cat) took a shine to Wand'ring Bark and made a determined attempt to stow away and prey on the mice of Wales. 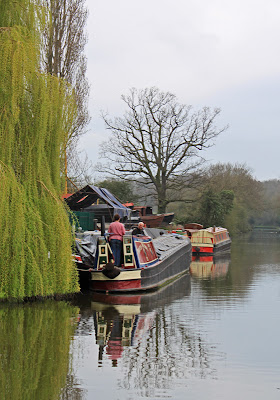 This early season trip coincided with the sloes being in flower. This species are difficult to spot but as they are the first hedgerow bush to flower their exuberant white display was a give away, and the position of a large bank near the M54 were noted for a collection expedition in September / October. 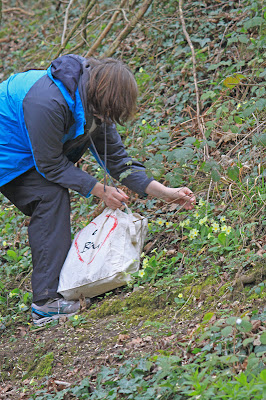 We made good progress and pressed on beyond Gnosall, our planned destination. Instead we passed Norbury, pausing to buy some coal (Taybright - loads of ash - avoid it if you can) and finally coming to a stop at the Anchor at High Offley. I have regularly enthused about this pub to Belle and was keen to show her pints poured from a jug. Sadly progress has caught up with the Anchor which now boasts karaoke, condoms and canned music.... I jest - the pub is unchanged but a beer pump has been installed at the brewery's insistence. That said, old habits die hard and whilst the start of the pint is pumped, the top ups are still achieved via the faithful old jug! 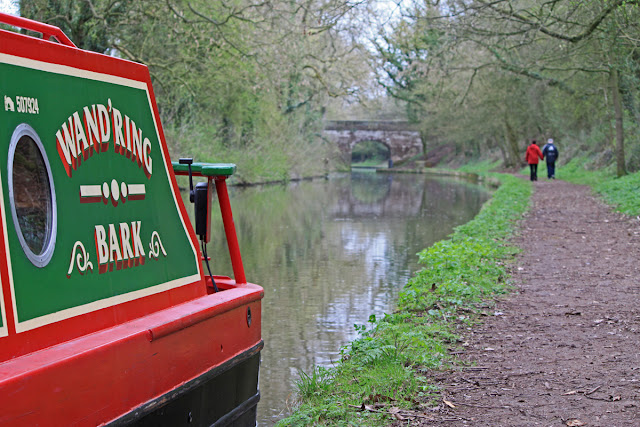 We enjoyed our pints beside the open fire and kicked off our next six handed rummy tournament - Barry, you have much to answer for mate!

Pints, fires, canals. says it all. A lovely post Cap'n, have a wonderful season.

Beer (Bass) from the jug also available at the Cap and Stocking in Kegworth - had a pint there when picking up Jubilee. As there's virtually no head, you get a proper measure.