After yesterday's sun today dawned grey and drizzly. I attended to the boating whilst Belle focused on her jam. Two hours later and after clouds of steam 24 jars of Dandelion and Primrose Jelly emerged - and very good they were too. 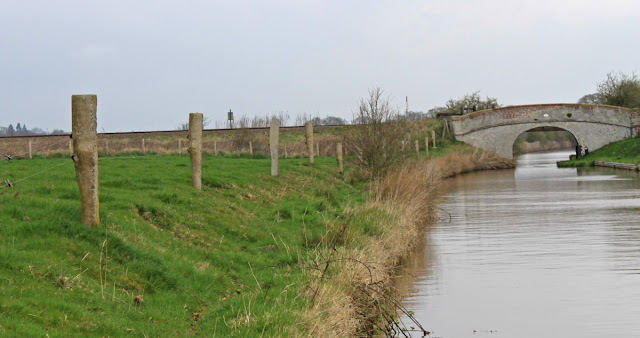 Jeff decided to down tools so I was left to my own devices, tackling Hack Green on my own. There was a kind of plan that we would stop at Nantwich and take a look at the town, something we have never done, but with jam production in full swing we sailed on through carried aloft on the high embankment which takes the canal to the start of the broad section near the boat club. In no time at all we were at Hurleston which we had to ourselves and, with a spare crew member to wheel ahead, we were soon exiting the top lock and heading south to Wales. South? yes - a curiosity of the local geography means that the canal backtracks south for several miles before striking west for the Welsh border.

Progress suddenly slows, as the boat presses up a much narrower channel  and against a considerable flow. This flow is so great that a nine hour cruise up that canal takes a mere seven hours on the downstream leg. All this slowness takes  bit of getting used to. 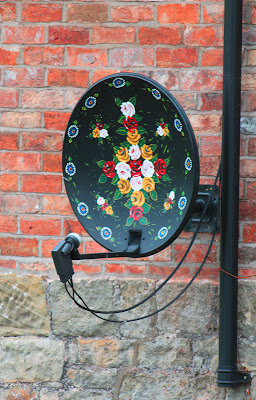 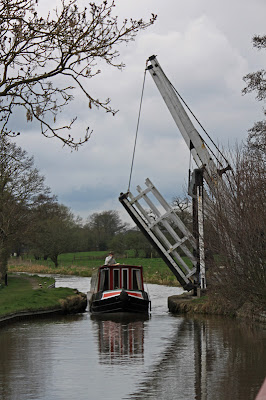 The wind was bitingly cold from the north and in the end it drove me in for lunch, my fingers and toes going numb and my nose running like a leaky tap. I checked the schedule and discovered that our two long days on the Shroppie had taken us five hours ahead, giving time to dawdle and explore before keeping our booked passage onto the Montgomery on Thursday. Wrenbury came and went, our passage assisted by a fortuitous group of boats who had opened the lift bridge ahead of us and so we came to Marbury Lock 4.30pm and time for an early finish and a walk into Marbury village. 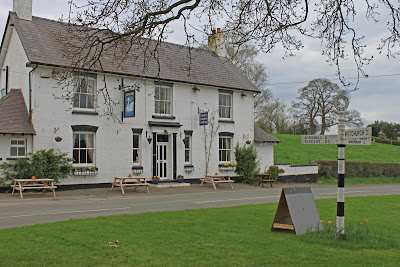 Its a lovely little place with its half timbered houses and a pretty pub overlooked by a seat which circles a tree on the village green. Then there is the church sitting high up on its own hill overlooking the village's two mere's, one being immediately to the rear of the church which has a feeling of the Sea of Galilee about it. All very picturesque. 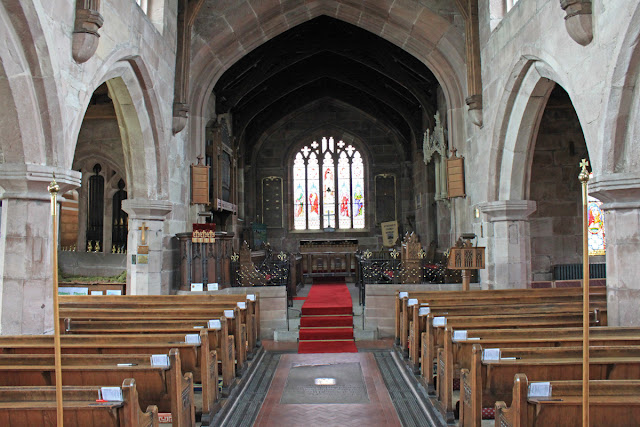 This off canal foray highlighted another benefit of the Waterways Routes maps. Their coverage reaches far beyond the canal and because they can be printed on A4, it's possible to extract the relevant page, fold it up and use it to find your way through the countryside. This loose leaf approach does have a downside as the pages can blow around so maybe I will invest in one of those A4 files with polythene sleeves into which  the map sheets can be inserted. Of course, I think they are meant for android phones, but that is one angle of technology I have not yet embraced. 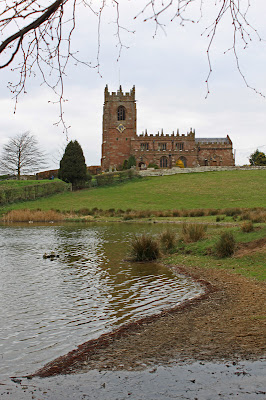 Marbury Church from the mere

There is a good bookshop at nearby Gauntons Bank but it was closed at the time of our visit so there is another reason to visit the area again. The day concluded with us drinking the last of our 2011 Beech Leaf Noyeau - one of Belles surprise success. Who would have thought that Beech Leaves could taste so good.

Hello,
I would like to request your permission to use the image of Marbury church on a new website for the United Benefice of Marbury, Tushingham & Whitewell.