The Russians made a gift of the Palace of Culture to the people of Warsaw in the 1950's - a vast iconic building which at about 750 ft high remains the tallest building in Poland. 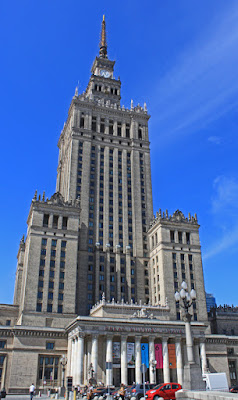 Its not to everyone's tastes and there are residents who would like to see it demolished. The other argument is that it represents a period of Warsaw's past and adds to the architectural diversity of the city. 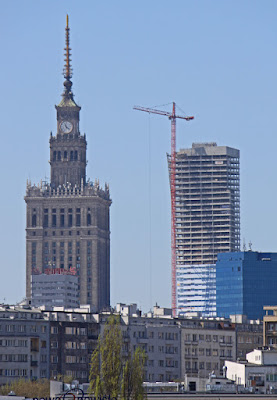 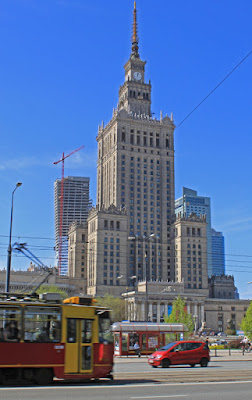 Its not to everyone's tastes but I am in the "keep it" camp. 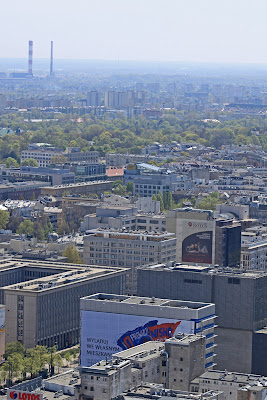 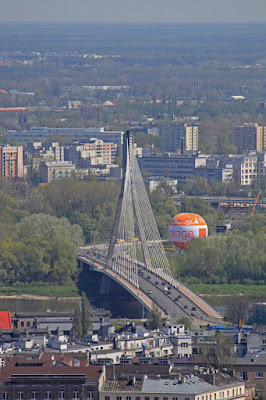 Views from the Palace of Culture - south and east 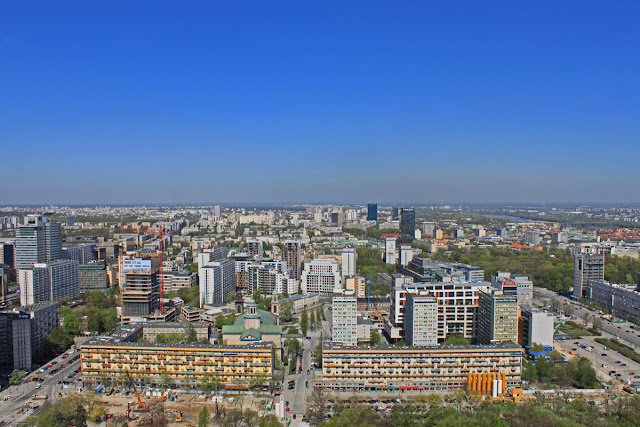 View to the north 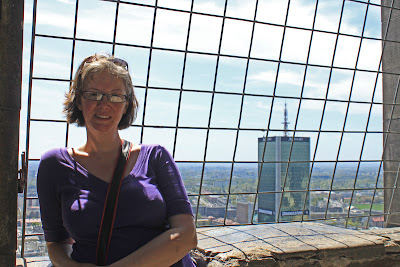 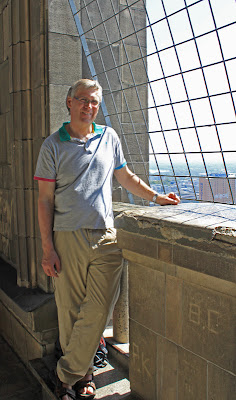 and a rare photo of the observers!

A Because you can't see the Palace of Culture

Richard
You do have a point!
Andy