Our protracted stop yesterday had to be compensated with a bit of a stretch today if we are to make Llangollen in time for Easter Sunday service at the parish church. Two easy days compressed into one long one. 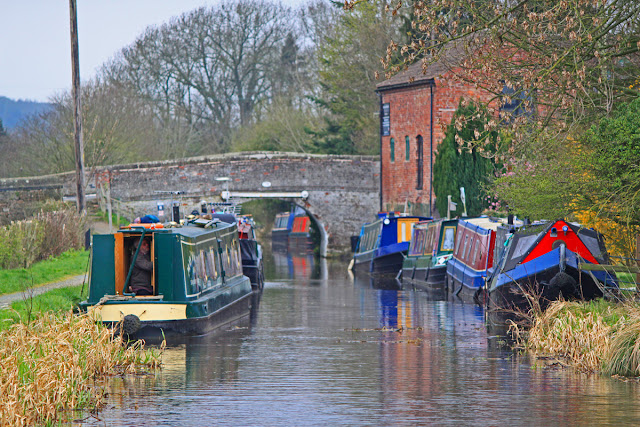 The snag was the starting point, Maesbury Marsh which is three hours from Welsh Frankton which opens between 12.00 and 2.00pm. This mid day passage meant a lazy start and a beautifully solitary run along the length of the Montgomery when we didn't pass another moving boat.

But we did pass a moored boat at Maesbury which bore the unusual location of Shropshire Canal  - but its significance didn't strike me till Charlie Boyce popped his head out to greet me. This is the Charlie Boyce who showed me round his tunnel at Old Wynd, Coalbrookdale last month. Small world!

Having tried and failed to make the pump out work at Maesbury we paused at the junction of the Weston Arm and took advantage of the only rubbish point on the canal. The canal is low on facilities  but high on solitary atmosphere. We were 30 mins early but the two boats leaving the canal were already in place and the lock keeper had us into the locks by 11.30 and out on the the Llangollen by 12.30. 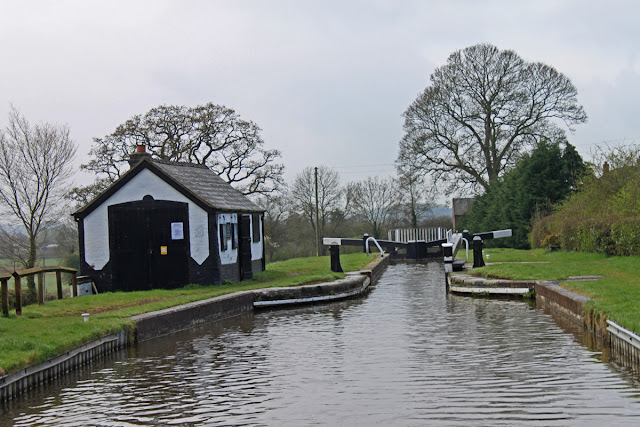 Our return to the Llangollen make a return to business as usual, strings of hire boats shuttling to and fro but mercifully it was all quiet as we passed through New Marston Locks, just one boat ahead at what can be a bottleneck. 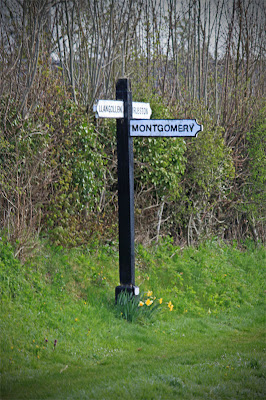 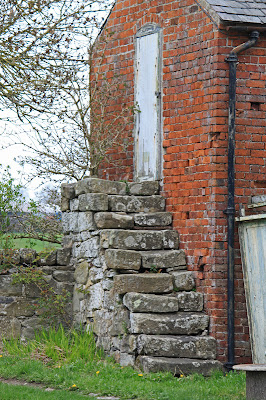 We paused at the pool between Chirk Aqueduct and Tunnel, making a quick detour to the local Spar to restock. For all its canal attractions, Chirk wasn't too impressive, all overshadowed by the Cadbury's factory which spews a choclatey aroma over the town. 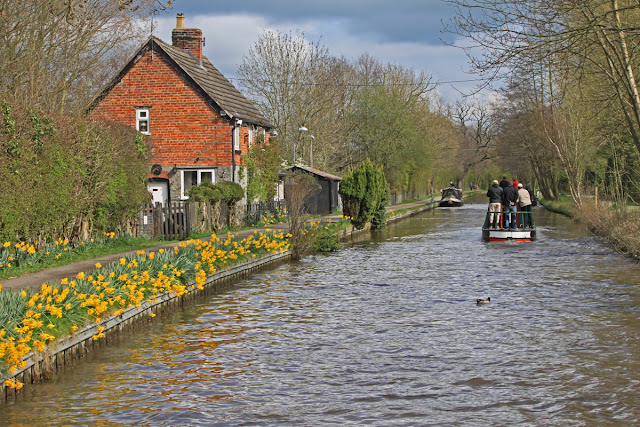 As you get into the upper reaches of the Llangollen the flow becomes very noticeable, particularly in the bridges and tunnels where westbound traffic slows to a crawl. Fortunately we led a convoy of six boats through Chirk Tunnel and from there we were out on out own. We reached Froncysyllte at the last of the evening suns rays illuminated the Newbridge Viaduct and then dashed across the Pontcysyllte Aqueduct in undignified haste, not really giving the structure the time or respect it is due. With light failing at 7.30 we turned into the final four mile stretch at Trevor, the channel narrowing even more and the speed dropping to  near 2mph. 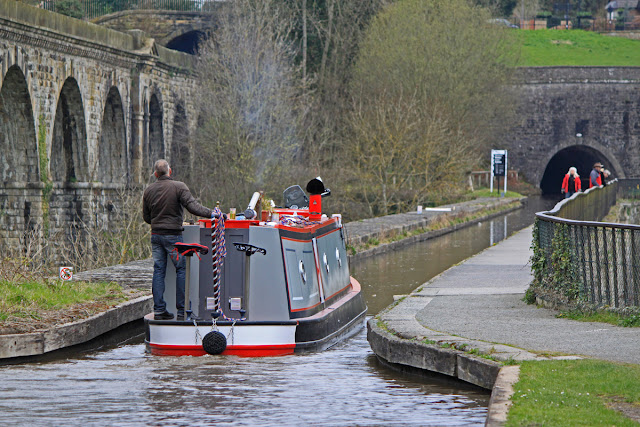 Even in the gloom the Vale of Llangollen was beautiful, with good views offered through the branches of the leafless trees. There was nothing moving on the arm, just us and a handful of walkers - the hire boats had given up long ago and were clogging up all the available moorings - one had even even decided to stop in the narrows which left about 6ft 11in to pass. 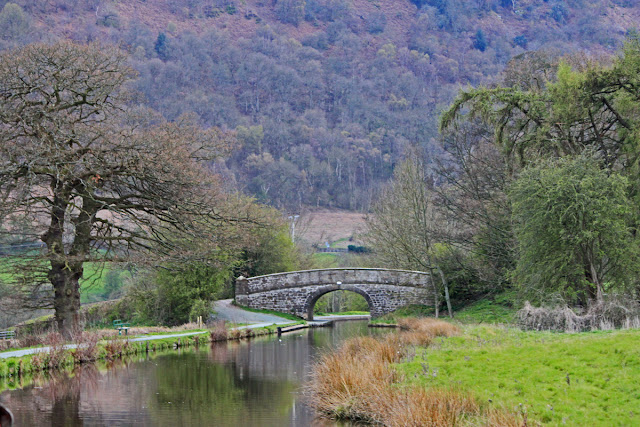 The Llangollen main drag was nose to tail hire boats, lots of heads turning to see who was ghosting past at gone 9.00pm. No chance of mooring here even if we wanted to, so we crept into the main basin and much to our surprise half the bays were vacant. Why use the crowded wharf when the basin is available.

So that was it, the end of a long 12 hours on the move. Time for something to eat, a DVD and a good nights sleep.

Many thanks for this post Cap'n. I did the Llangollen way back in 1982 as a sprightly 19 year old and your words and the wonderful photos bought back some happy memories